Gareth Southgate has heaped praise on his defenders and Jordan Pickford after they played with real ‘composure on the ball’ and kept a clean sheet in the 1-0 victory against Holland on Friday.

The England boss established with his players this week his vision of playing out from the back and was left pleased with how his side executed his plans.

Pickford started in goal behind a back three and demonstrated his excellent distribution skills on several occasions – something that was key to his selection.

After the win in Amsterdam, Southgate said: ‘I think that was a good test for us. Came away from home, controlled the game and controlled the ball really well.

‘Maybe a little bit more quality in the final third was required but defensively we looked solid.

‘(Pickford) was excellent. We know what he can do with his feet but I thought he showed good goalkeeping as well tonight.’ 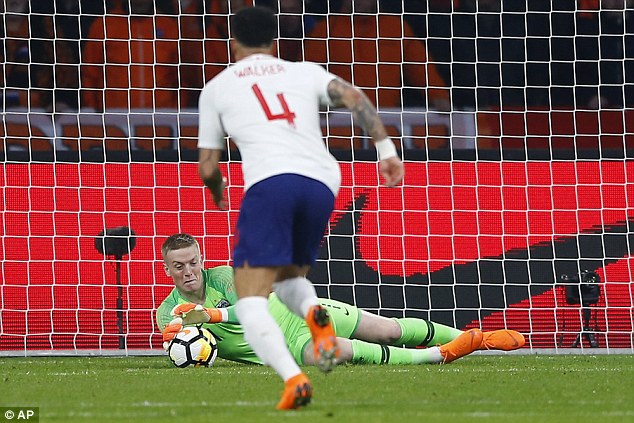 Southgate added: ‘I’m delighted for Jesse because he’s a player I’ve worked with for the last few years in the U21 but this season he’s starting to put away the chances.

‘It’s partly system and partly personnel. The defenders and goalkeeper are all capable of moving the ball and getting into higher areas on the pitch. There are more things to work on on Tuesday but it was a good test.’

However the England boss admitted he was disappointed to hear about fan trouble after a positive night for his team and made it clear that he found the booing of Holland’s national anthem unacceptable.

The local police force posted a statement on their official Twitter account announcing the number taken into custody on Friday has risen to 90, bringing the total of England supporters arrested over the past two days to over 100. 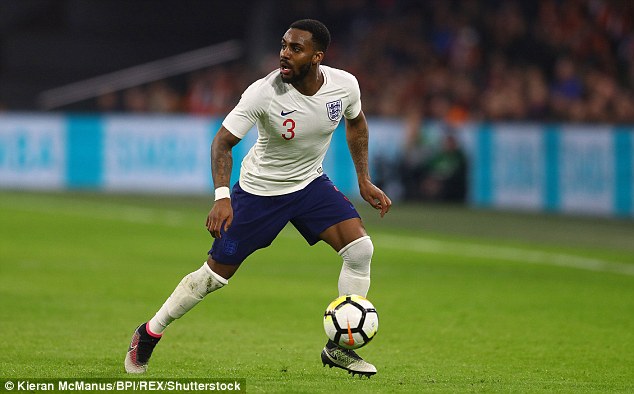 Almost 60 were detained after they were penned in by riot police in the red light district of the city, while a number of those in the ground booed the Dutch national anthem before kick-off.

Southgate had urged supporters to behave on the eve of Friday’s friendly, but those words were clearly ignored by some of the 5,253 fans in the away section.

‘I heard some of the booing of the anthem which obviously isn’t acceptable,’ the England manger said.

‘The rest, that’s the first I’ve heard just outside before (coming into the press conference).

‘Without knowing the details… obviously it’s not something I want to hear because most of all for us I think our players have represented their country really well tonight with pride and with some style.

‘So, anything else that takes away from that performance for them would be a great shame.’ 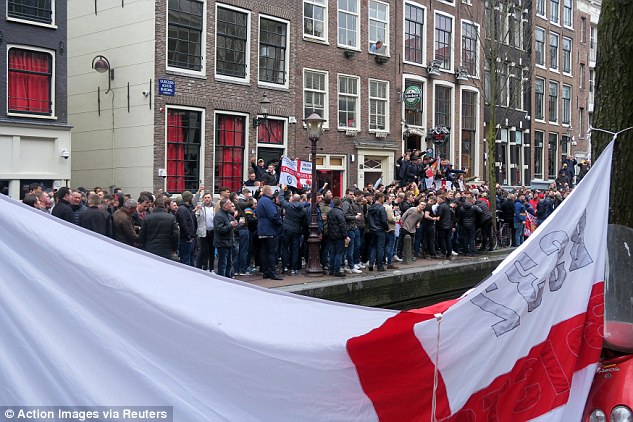