England bowler Ollie Robinson feared that he would never play cricket again after facing the ‘toughest 12 months’ of his career – after he was told to improve his fitness by former bowling coach Jon Lewis.

Robinson only played two first-class matches between and the end of July due to a recurring back issue he was suffering from.

The 29-year-old was even forced to take five injections before he returned to the England squad for their second Test against South Africa in August. 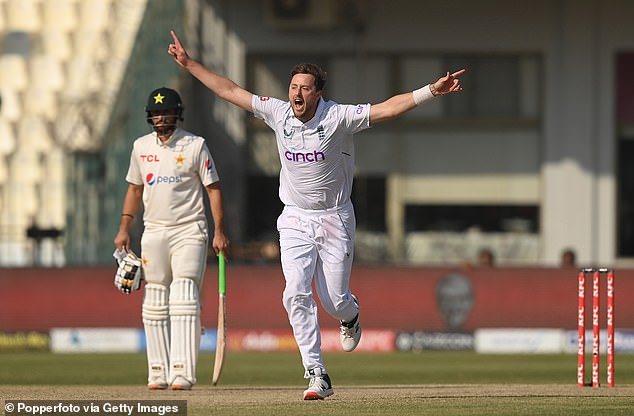 Robinson has made a sensational return to Test cricket, taking 20 wickets in his last four games

Robinson has openly shared his frustration of regaining full fitness before suffering from injuries or illness which hampered any return.

‘There were points when I didn’t think I was going to play for England again, or play cricket again,’ he told BBC Sport.

‘I thought “I might have to look at what else I can do here, I don’t think I’m going to be able to carry on playing cricket”.’

Since his return, the prolific fast bowler has taken 20 wickets in just four tests, including eight during England’s tour of Pakistan where Ben Stokes’ formidable side hold an unassailable 2-0 series lead.

England’s series victory is the first time they have beaten Pakistan away from home for 22 years.

Robinson and Co will be hoping that they can make it a whitewash when the third test begins on Saturday in Karachi.

If England do go on to win, it would make them the first side to ever beat Pakistan 3-0 in the country. 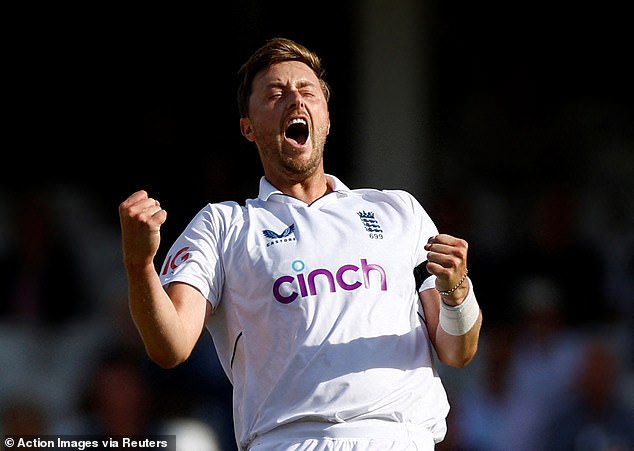 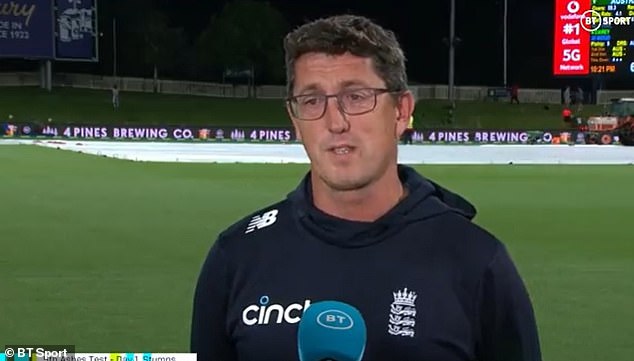 In January, Robinson had been told by England’s bowling coach at the time Jon Lewis that he ‘must improve’ his fitness if he is to have a long Test future.

‘Ollie has to understand what it takes to play all year round in international cricket. There is a higher intensity in Test cricket,’ he said at the time. ‘It’s definitely something he needs to work on.’

But Robinson has so far silenced the criticism despite suffering what he described the ‘toughest 12 months’ in his career.

Robinson added: ‘It’s been tough and there have been some dark days, but series wins like this make it all worthwhile.’

A tough year for Robinson follows a tumultuous previous 12 months in which the bowler was handed an eight-match ban and £3,200 fine following an ECB probe into historic offensive tweets.

Having already been suspended by England for the ‘number of offensive tweets’, he was free to resume playing cricket immediately following the panel’s decision.