England coach Chris Silverwood is open to the idea of light-enhancing glasses as cricket seeks solutions to the bad-light fiasco that marred the second Test against Pakistan.

Sportsmail understands that the possible use of the glasses – with yellow and green considered the most effective tints for improving visibility in gloomy conditions – has been floated in the England dressing-room.

And while some players ridiculed the notion of forcing batsmen to wear special lenses in a bid to play through the gloom and increase the hours of play following criticism of the umpires’ conservative approach at Southampton’s Ageas Bowl last week, Silverwood has said he is open to anything that keeps the players out in the middle.

Asked about various options, including light-enhancing glasses, Silverwood replied: ‘Could we get to a stage where floodlights offer a minimum standard of light?

‘I’m not an expert, but could that be achieved? And the glasses: is that an option as well?

‘We all want to play as much as possible. That’s what we’re here for.’

Umpire Richard Illingworth has already worn a pair while officiating this summer. 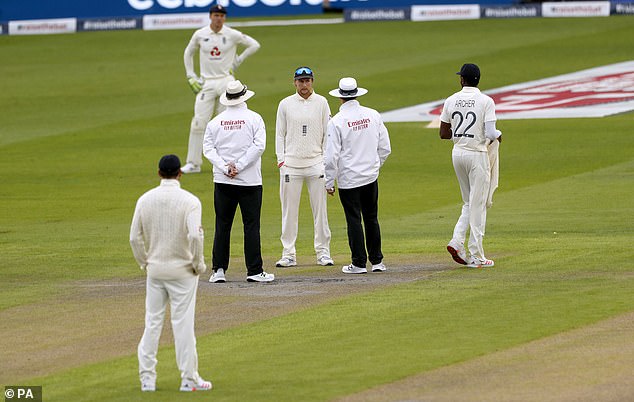