’This club is home for me’: England hero Beth Mead signs new multi-year deal with Arsenal as the club show faith in forward following ACL injury that’s put her World Cup in doubt

England hero Beth Mead has signed a new contract with Arsenal after a stellar year for both club and country.

Mead won the Golden Boot at this summer’s European Championship, which the Lionesses won, and finished runner up in the Ballon d’Or to Barcelona’s Alexia Putellas.

The winger has now committed her long-term future to the Gunners with a new multi-year deal that will keep her at the club beyond next season.

‘I’m so happy to have signed a new deal with Arsenal,’ Mead said.

’This club is home for me – I’ve grown so much here as a player and a person and I know we can achieve so much more together in the years to come.

‘I want to compete to win the biggest trophies in the game and I know that the ambitions at Arsenal match my own, so I can’t wait to get back onto the pitch and help to deliver the success our supporters deserve.’ 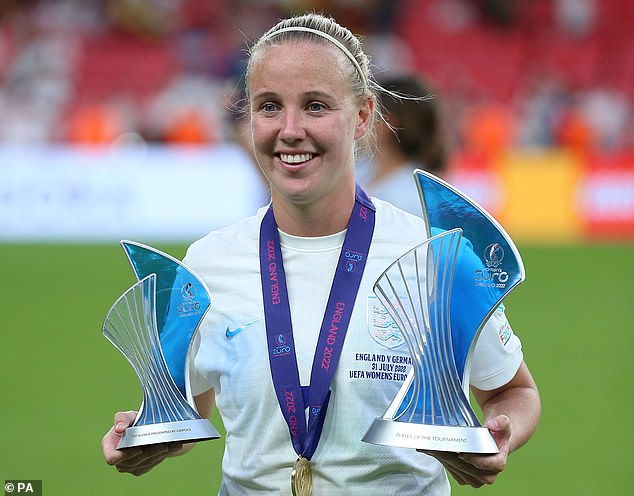 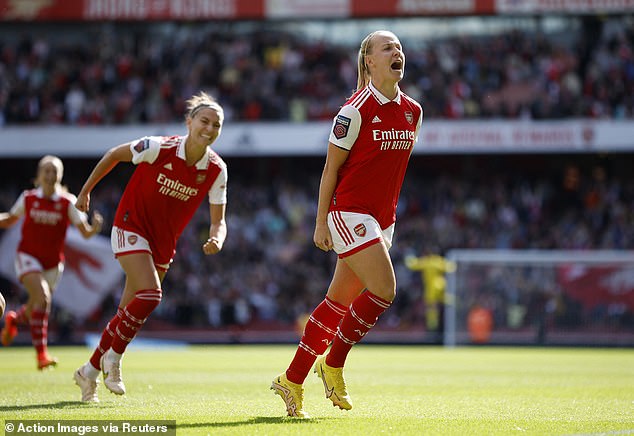 Arsenal boss Jonas Eidevall added: ’It’s wonderful news that we have agreed a new deal with Beth. She is a world-class footballer and has proven that on the biggest stage of them all.

‘I have so much admiration for the way she has handled success and adversity on and off the pitch over the past few years, and I’m sure she will approach the next few months with the positive attitude we all know Beth for.’

The contract news comes after a difficult month for Mead, who ruptured her ACL in Arsenal’s 3-2 defeat by Manchester United.

The 27-year-old faces a race against time to be fit for next summer’s World Cup but she looks set to end 2022 on a high at the BBC Sports Personality of the Year Awards.

Mead is now 1/80 on to win the individual award next week while the Lionesses are the favourites to pick up the Team of the Year prize. 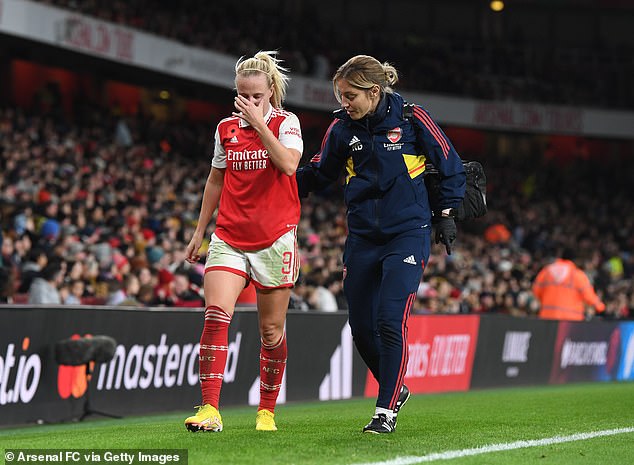