DOMINIC KING: England is now a haven for struggling stars with the likes of Luke Shaw insisting the opportunity to swap Carrington for St George’s Park is a welcome relief

In the not-too-distant past, the arrival on the horizon of a round of international fixtures would find some managers ‘having a word’ with players.

Club bosses have always hated the possibility of losing key men at crucial parts of the season through circumstances beyond their control. As a result, there have always been stories within the game of players missing call-ups on the back of their manager saying so.

‘During my time at Liverpool, I could guarantee three or four lads would — with a nudge from the manager — tell their countries they were injured when they were fully fit,’ Jamie Carragher once wrote in a column for Sportsmail. ‘I bet the same thing goes on at other clubs.’

That situation came to mind on Saturday night when Luke Shaw began to speak from the heart after England had beaten Switzerland 2-1.

The Manchester United left back did not always jump at the chance to take part in national service but now admits the opportunity to swap Carrington for St George’s Park is a welcome relief.

This has been a wretched campaign for United and Shaw has suffered — he thrives when he has confidence but the climate at Old Trafford has seen his drain.

‘When I come here it’s about enjoyment and playing games with a smile on my face,’ said Shaw. ‘We all love playing for our country and when we are here, we are all focused.’

Who would have thought that England — the set-up often seen as being the football equivalent of community service — could provide a haven? It shows how dramatically the landscapes have changed for one particular club and country. 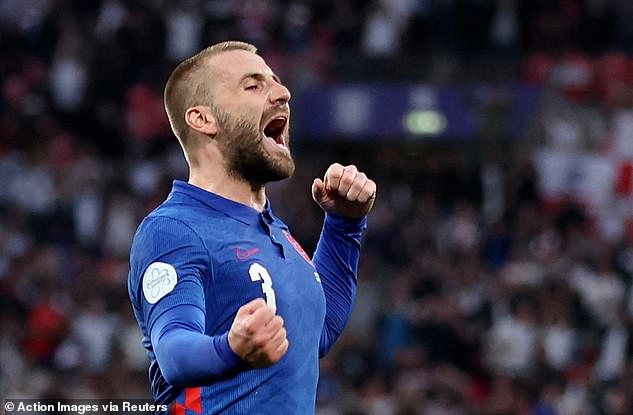