England: Jude Bellingham is wowing Germany with his cool head and tough tackling for Dortmund

Had it not been for Germany’s disease control agency, Borussia Dortmund’s Jude Bellingham would not have made his second international appearance for England on Thursday night.

Had the Robert Koch Institute not removed the UK from its list of high-risk ‘virus variant areas’ last week, Bellingham would probably have been forced to stay in Dortmund rather than joining Gareth Southgate’s squad for the international break.

As it turned out, the Bundesliga club did release the 17-year-old, allowing him to light up Wembley with a sparkling second-half performance in Thursday’s 5-0 thrashing of San Marino. 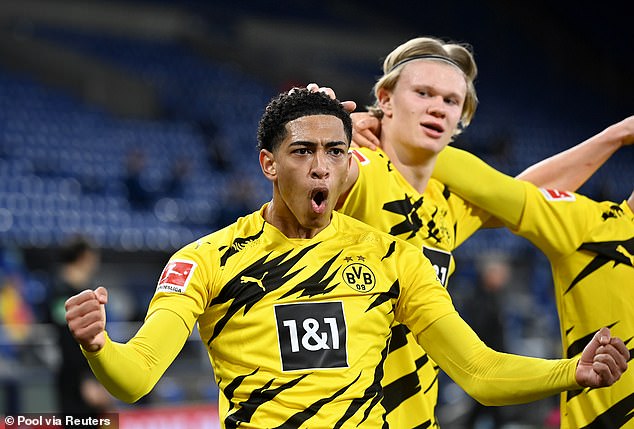 Yet the fact that Dortmund were so scared to let him go speaks volumes for how far Bellingham has come since moving to the Bundesliga last summer.

Had the UK still been considered high-risk, Bellingham would have been forced into quarantine upon his return from international duty.

And as they battle for a place in the top four of the German league, Dortmund simply cannot afford to lose a player like Bellingham – even for a few weeks.

While England fans may not have seen much of him since he left Birmingham City last summer, the teenager has become a key part of the Dortmund first team this season, playing beyond his years alongside superstars and World Cup winners such as Erling Haaland, Jadon Sancho and Mats Hummels. 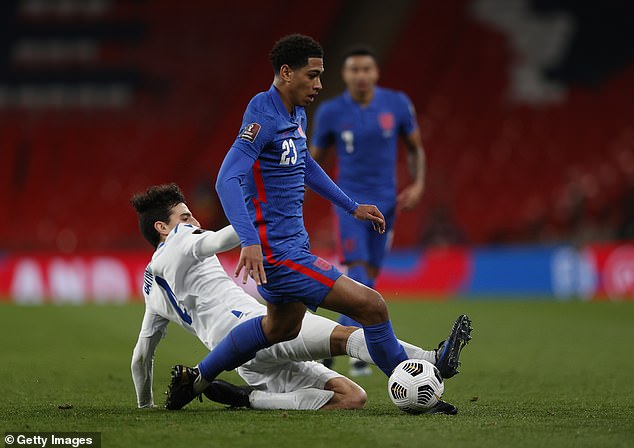 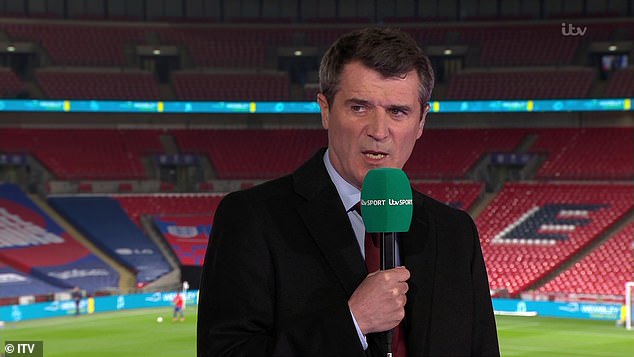 Pundit Roy Keane gushed praise on the 17-year-old, calling him a ‘complete midfielder’ 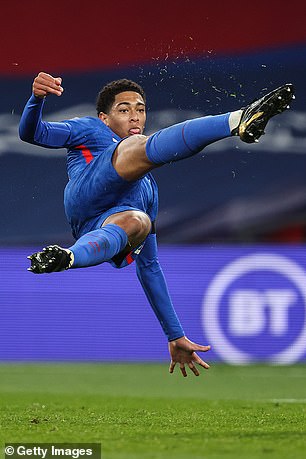 ‘Bellingham looks like a complete midfielder,’ gushed the usually non-gushy Roy Keane in the ITV studio on Thursday night.

‘You wouldn’t think he’s 17,’ said the former Lionesses star. ‘He’s very articulate; he shows a level of comfort playing for Dortmund week in week out rather than playing on the bench for a big club.’

Bellingham is not the first young English player to move to Germany in the hope of getting more game time and top-level experience. Yet of the many young Brits to have played in the Bundesliga in recent years, he might well prove to be the biggest success story. 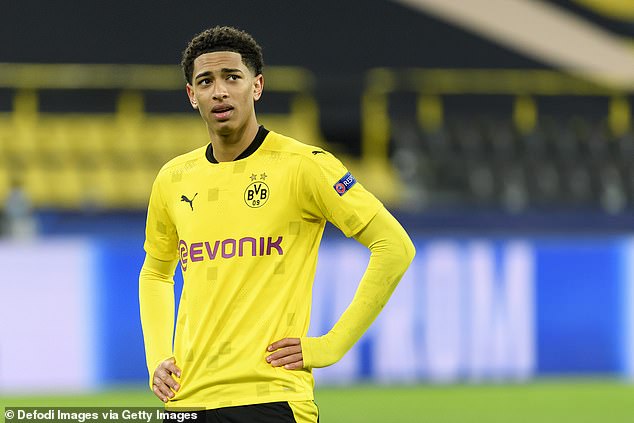 Dortmund were reluctant to let Bellingham go to England this month, given his importance 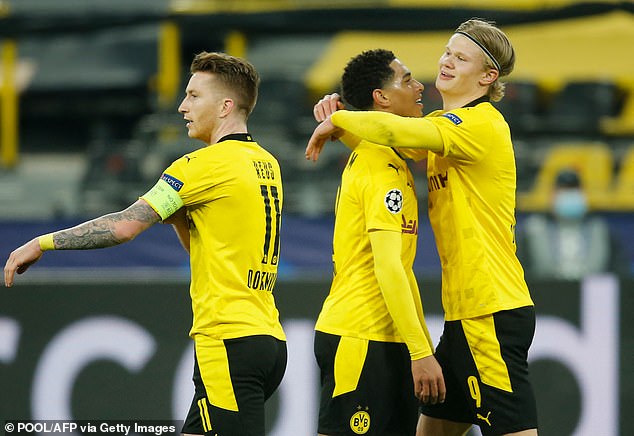 Talented players like Reiss Nelson or Oliver Burke struggled to break into the first team at Hoffenheim and RB Leipzig, and even Sancho himself took a year or so to fully settle in.

Yet Bellingham, who is as young as Sancho was when he joined Dortmund in 2017, has quickly become a first-team regular. He has made 23 starts in all competitions for Germany’s second-biggest club, playing the full 90 minutes in four of Dortmund’s last five games.

That included a brilliant performance in the second leg of the Champions League last-16 tie against Sevilla, which saw him lavished with praise in the German press.

‘Bellingham gives the impression of being much older, much more mature than he is – not just physically, but also in the way he plays the game,’ wrote Der Spiegel weekly after the Sevilla game. 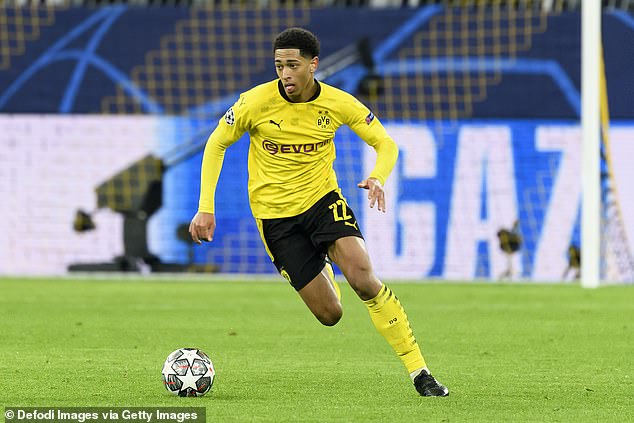 The physicality may be a result of having cut his teeth in the Championship, but Bellingham’s intelligence and mental maturity are just as impressive.

There is a savviness to his on-field play, and a cool confidence in his public persona. Despite all the hype – and the apparently unavoidable flood of vile, racist abuse on social media – Bellingham has remained unflappable as he establishes himself at the top level.

As others such as Sancho have discovered, Dortmund is no bad place for a player in his position. While offering chances on the pitch, the club are fiercely protective of their young players in the face of media interest, and jumped to Bellingham’s defence when his form briefly dipped during the winter. 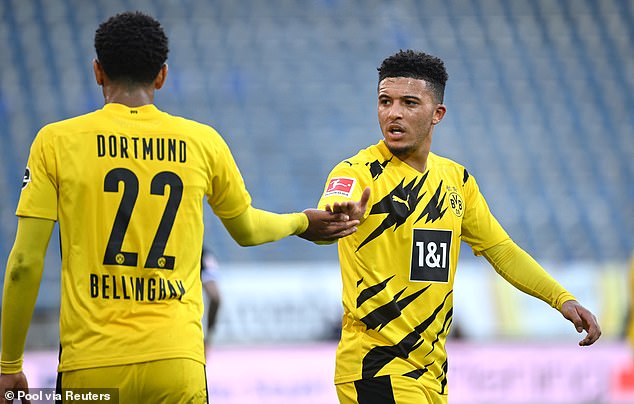 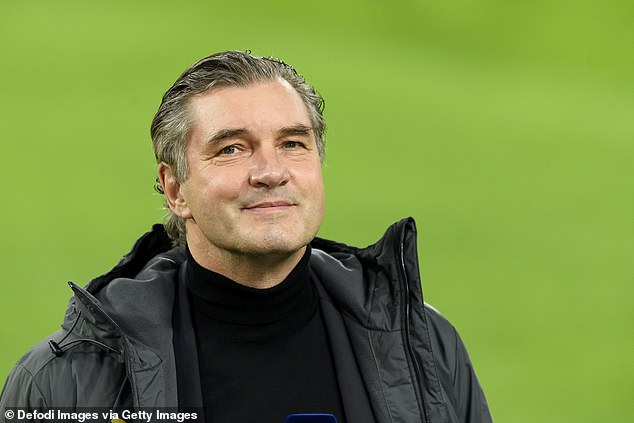 How long they can hold onto him is another matter. With Champions League football in danger and other young stars such as Sancho and Haaland edging ever closer towards the exit, tying Bellingham down could prove to be the biggest battle of the next few transfer windows for Dortmund sporting director Michael Zorc.

‘Jude is playing an incredible season for his young years, and we will get a lot more joy from him yet,’ said Zorc this month. With a current contract until 2023, Dortmund will be looking to keep him until at least the end of next season.

Even then, the precocious young England star will still only be 19. Yet as Thursday night’s gushing reviews noted, he is already a player who is far beyond his years.