It looked for all the world here on the second day of the final Test that Stuart Broad was embarking on one of those irresistible rolls that invariably end with him winning a Test almost single-handedly.

Three wickets had fallen to Broad, still taking the new ball, within the first 10 overs of New Zealand’s reply to England’s 307 and, with Jimmy Anderson also striking, a cure to their infamous travel sickness appeared to have been found.

Alas, even though Anderson followed it by claiming the all-important wicket of Kane Williamson just after lunch to leave New Zealand 36 for five, England struggled to force home a rare advantage in this winter of Test discontent. 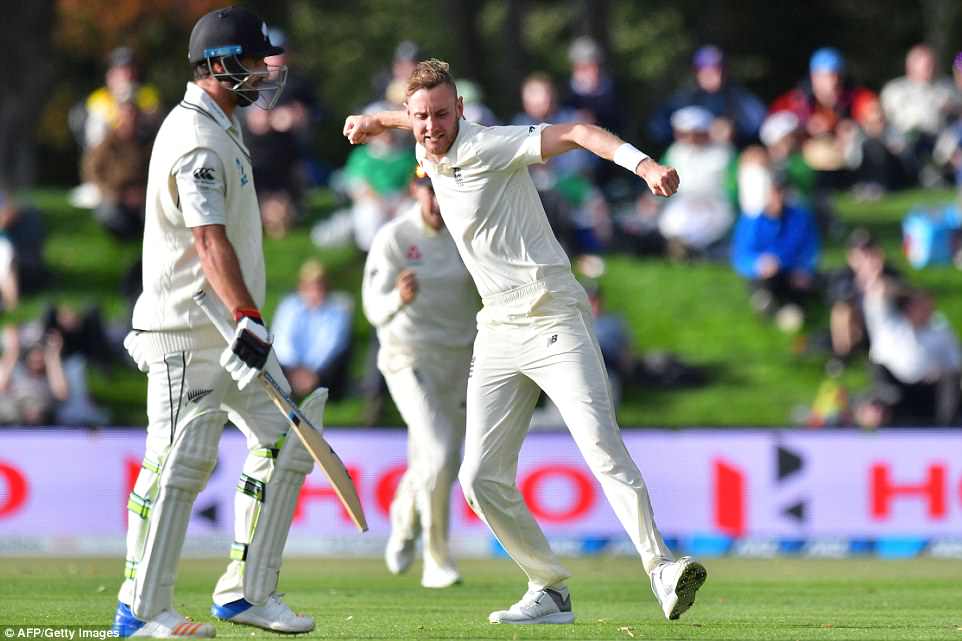 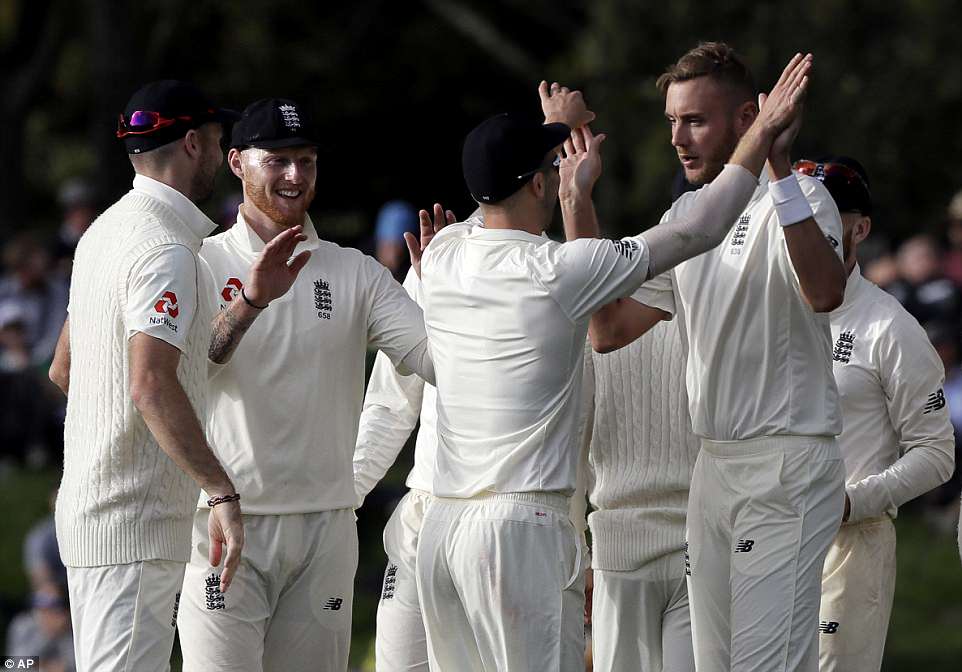 Instead the big man of New Zealand cricket, Colin de Grandhomme, took advantage of a soft ball and a flat pitch just as Jonny Bairstow had in the second half of England’s innings to drag his side back into the game.

De Grandhomme joined forces with his wicketkeeper BJ Watling to hold up England’s push for a big first innings lead and then take them into a position where the outcome of a Test England really must win remains in the balance.

But there was to be no denying Broad. Back he came to end a record sixth wicket stand of 142 for New Zealand against England by dismissing De Grandhomme to overtake Sir Curtly Ambrose with his 406th Test wicket.

It regained a marginal advantage for England when bad light ended play with 37 balls unbowled with New Zealand, on 192 for six, still 115 behind but with Watling still there on 77.

This was an excellent performance from Broad and provides welcome reassurance that, at 31 but with a lot of miles on the clock, he still has it in him to carry on at the forefront of England’s attack for some time to come.

Broad spent countless hours on his own in the Nottinghamshire indoor school during his short break after the Ashes re-modelling his action in an attempt to iron out the flaws that had been haunting him. 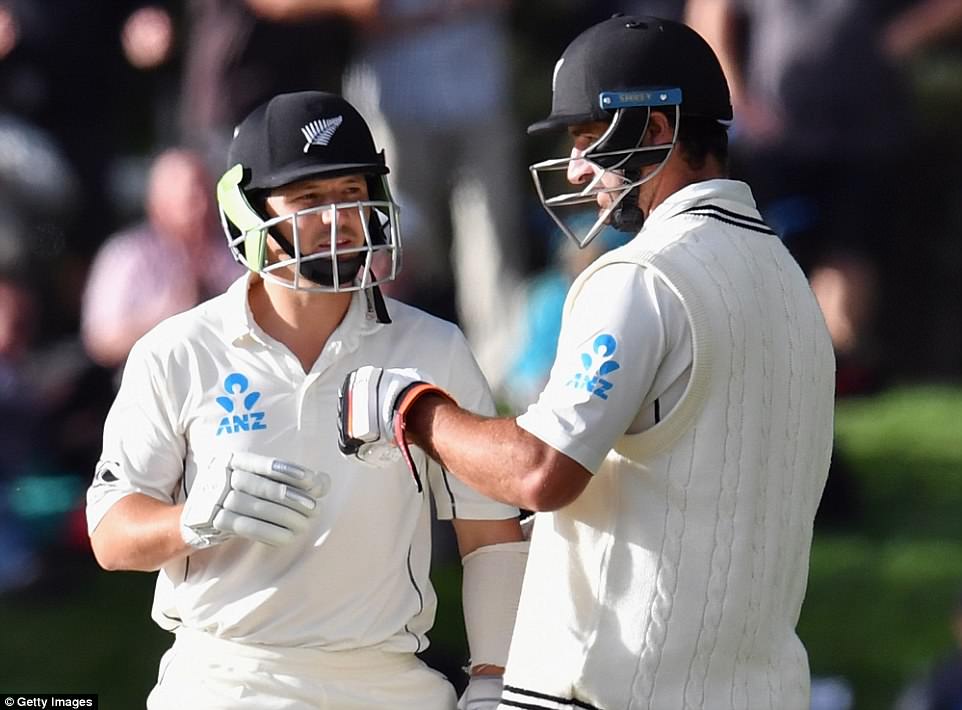 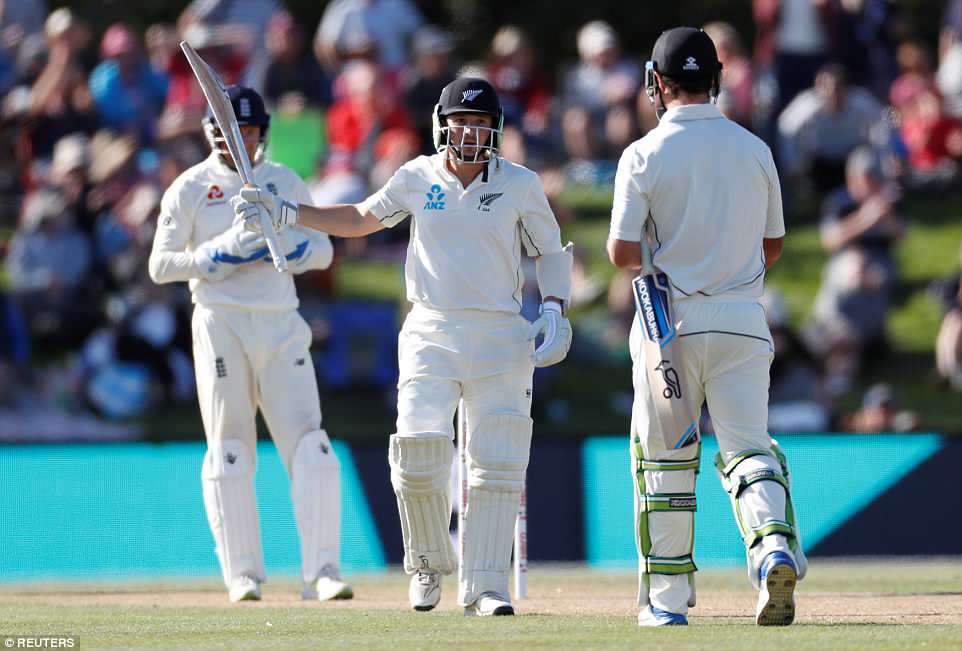 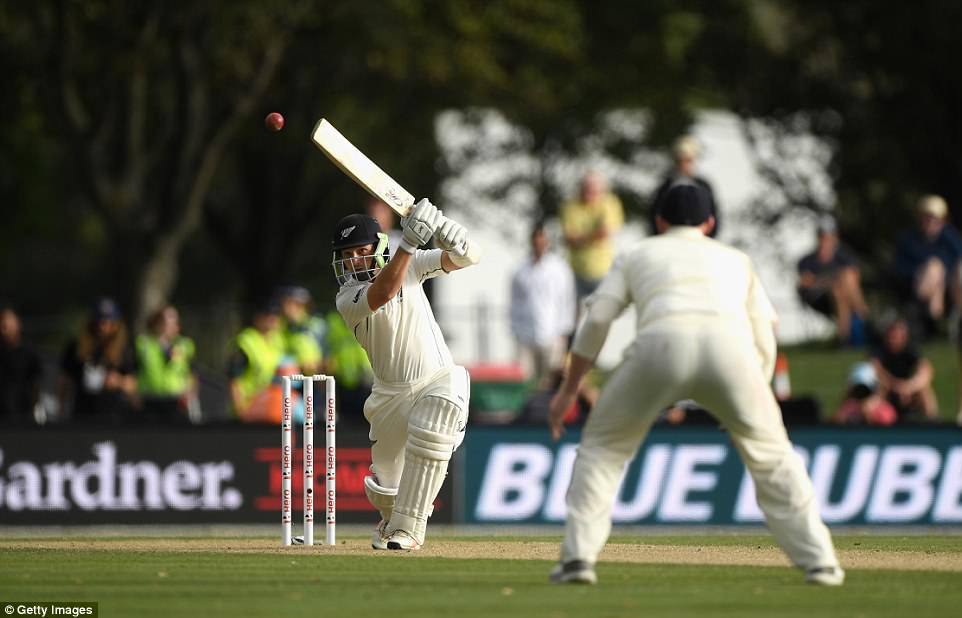 He assured us ahead of this series that one of those fantastic spells, last seen in Johannesburg to defeat South Africa two years ago, was ‘coming’ and he looked much better in Auckland while joining elite company by becoming the youngest of the 15 men who have taken 400 Test wickets.

The trouble with that was the first Test was already lost by then thanks to England’s first day capitulation to 58 but now he had the chance, with a competitive score behind him, to make a meaningful impact.

Broad did just that when he sent back Tom Latham and, for the 10th time in Test cricket, his Easter bunny Ross Taylor. When Henry Nicholls became his third victim Broad drew level with the great Ambrose and there were visions of his greatest spell of them all, his eight for 15 against Australia three years ago. 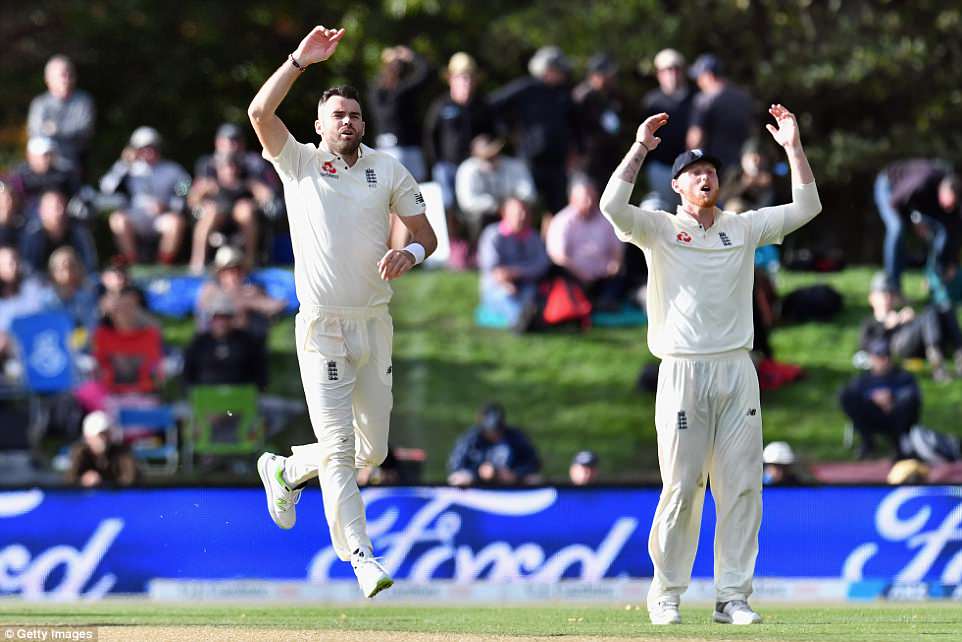 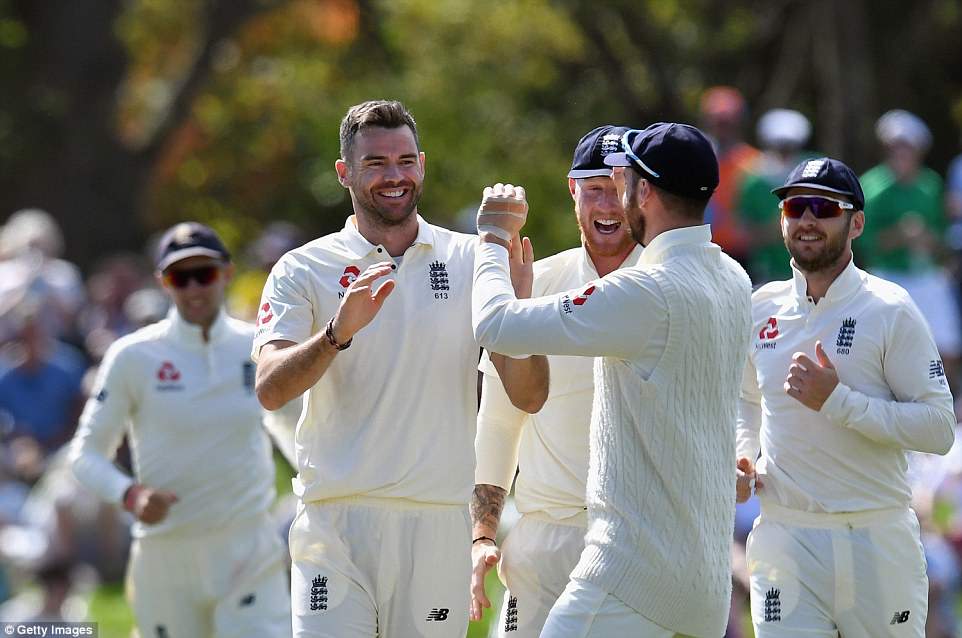 Anderson, meanwhile, had tormented Jeet Raval before having him caught by Bairstow, who had earlier completed his fifth Test hundred, and England’s keeper took his third catch when Williamson was strangled down the legside.

Watling and de Grandhomme may have spoilt England’s fun but there was still encouragement for a side desperate to find a bowing formula that will enable them to start taking 20 wickets in away Tests.

England have been crying out for extra pace all winter and now Mark Wood provided it, touching 90 miles per hour and striking Watling a nasty blow on his head when he had made 10 after being used by Joe Root in short sharp spells. 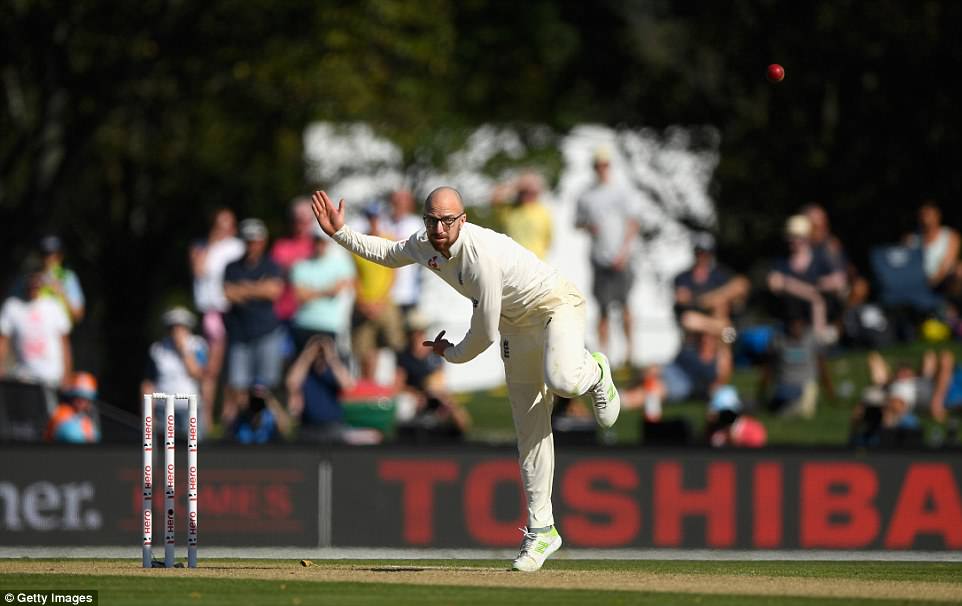 And there was an encouraging first performance in Test cricket for the left-arm spin of Jack Leach who followed his valuable tail-end batting with some tidy bowling that is yet to bring him his first Test wicket.

Yet it was fascinating to hear the opinion of Graeme Swann on BBC’s Test Match Special who felt Root did not let Leach settle into a rhythm on his debut by constantly chopping and changing his fields. A case of being too funky.

It was Leach who stayed with Bairstow while he moved to within three hundreds of the England record for a keeper held by Les Ames before becoming Tim Southee’s sixth victim of the Test.

Bairstow, who had scored the fastest century by an England opener in one-day history on this ground just three weeks ago, was the last to go trying to force the pace off Trent Boult but England could be well satisfied with the relative riches of 307 after being in serious first day trouble themselves on 94 for five.

They were still satisfied at the close of the second day but it could have been so much better without one sizeable stand for New Zealand.