Two more pieces slotted into place in England’s jigsaw at Trent Bridge on Friday night as Mark Wood and Ben Stokes underlined their readiness for the World Cup during a tense win in the fourth one-day international against Pakistan.

After Wood marked his return with a ferocious spell that sent Imam-ul-Haq to hospital and outdid Jofra Archer on the speedgun, Stokes ensured his side would not be punished for a sloppy collapse as they pursued yet another big total.

It has been a quiet few weeks for Stokes, but he rose to the challenge after England – chasing 341 for a 3-0 lead going into Sunday’s finale at Headingley – had tumbled from 201 for one in the 28th over to 216 for five. 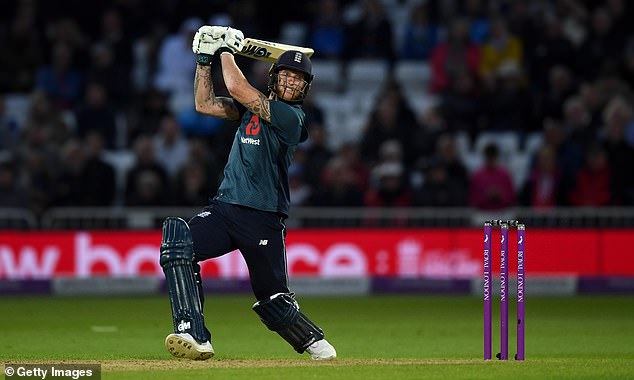 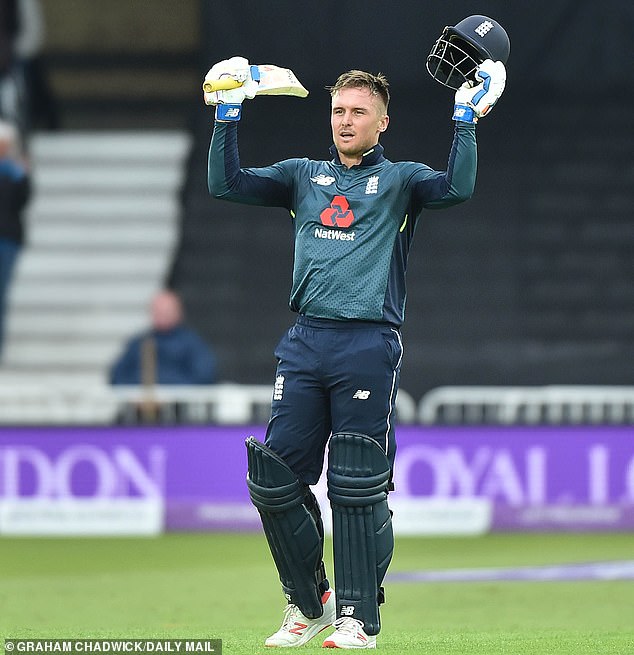 Jason Roy, who had added 94 for the first wicket with James Vince, was first to go, gloving Mohammad Hasnain down the leg side after a scintillating 114 from 89 balls. But what followed was the kind of headless 15 minutes that critics fear could yet scupper England’s attempts to win a first World Cup.

Having just been dropped at mid-off, Joe Root attempted another big shot off left-arm spinner Imad Wasim, but skewed to Mohammad Hafeez at backward point.

Two balls later, Jos Buttler – stand-in captain with Eoin Morgan suspended because of slow over-rates – top-edged a full toss to backward square. And when Moeen Ali made a mess of an attempted slog sweep, England had lost four for 15, almost from nowhere.

But Stokes found calm allies in Joe Denly and Tom Curran. Denly manoeuvred the singles in a stand of 42 before he fell to a superb return catch by Junaid Khan on an otherwise hapless day for Pakistan’s fielders. And Curran, who would have been run out on seven had Pakistan bothered to appeal, contributed 31 to a partnership of 61 before he was yorked by Hasan Ali.

With 19 needed off two overs, Stokes carved Junaid high over cover for six, and the winning single came with three balls to spare – leaving Stokes unbeaten on 71, and England breathing a sigh of relief.

Earlier, one delivery was all Wood needed to reassure onlookers he has relocated the menace that blew away West Indies in St Lucia in February. 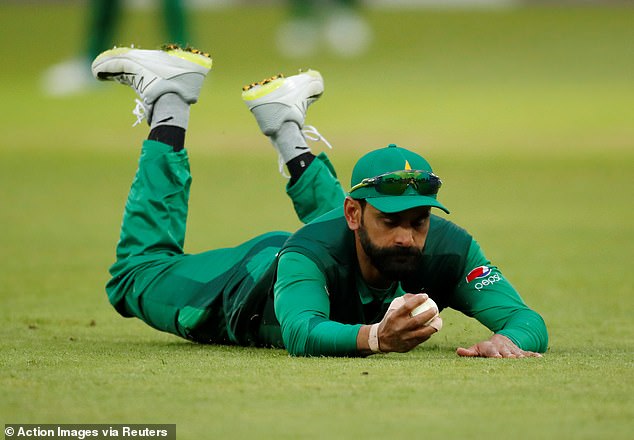 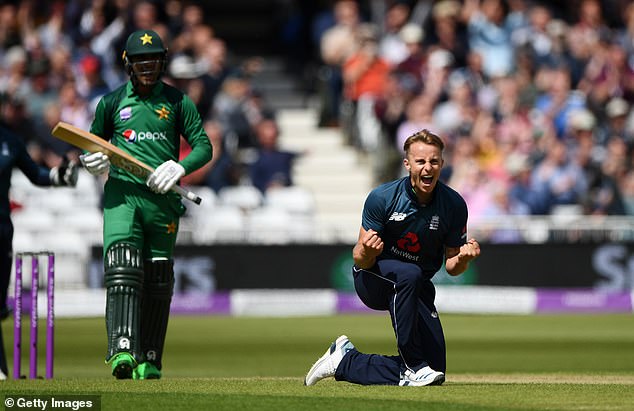 With his eighth ball back in competitive cricket after a gap of over two months, he struck Imam an eye-watering blow on the left elbow. It sent Imam to the local infirmary, where an X-ray revealed nothing worse than swelling, and a message to England’s World Cup opponents.

That message was underlined by the fact that Wood was actually quicker than his opening partner. Archer did produce the fastest ball of the day – a 93mph bullet to Babar Azam – but seemed to bowl within himself during an opening spell of 4-0-20-0. Instead, it was Wood who properly quickened the pulse, regularly passing 90mph after England chose to bowl.

According to the CricViz analysts, their combined average speed of 89mph was the fastest in the first eight overs for England since data became available in 2006. It seems inconceivable that Wood will not now be confirmed alongside Archer when the final World Cup 15 is announced on Tuesday. 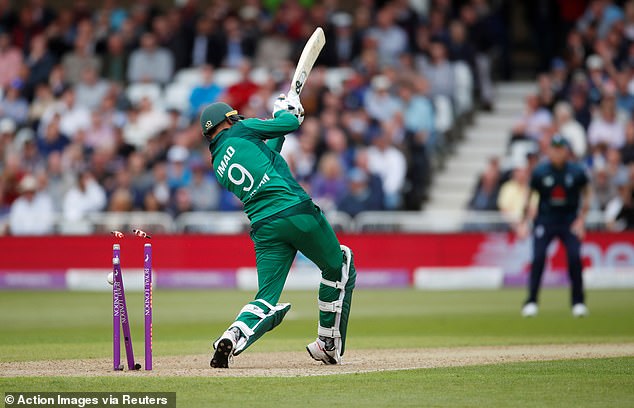 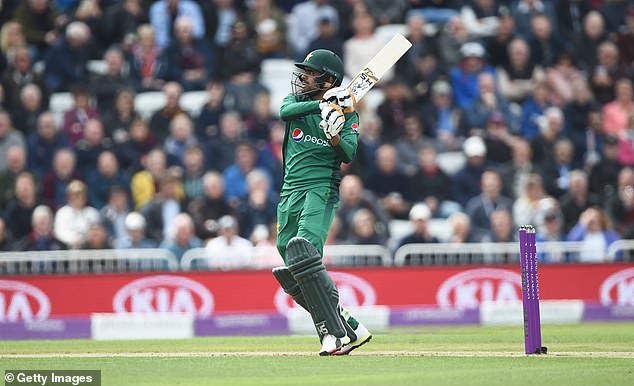 Wood returned to the attack to have Hafeez caught at mid-on for 59, before rattling Wasim on the helmet and deceiving Shoaib Malik with a slower ball: instead of crashing it through point, Shoaib demolished his own stumps. Two well-judged catches by Wood in the deep rounded off a good return.

Where it all left England’s World Cup selection was unclear. Curran proved his versatility with four wickets, bowling with imagination at the death, but the most economical performance came from Denly, who sent down five overs of tidy leg-spin for 27.

When the selectors meet on Monday, they will be discussing a squad without an obvious weak link. Of the seamers who sat out this game, David Willey bowled superbly at the death in Southampton, while Liam Plunkett was England’s meanest bowler in Bristol. And in that match, Chris Woakes picked up four wickets. Whoever is omitted can legitimately feel hard done by.

The evidence here, though, suggests Wood will not be the man left cursing his luck.