England have revealed the kit they will be wearing as they bid to win the ODI World Cup on home soil.

The New Balance design was modelled by the likes of Joe Root, Jos Buttler and Jofra Archer ahead of the tournament’s first game against South Africa next Thursday.

It features a powder blue style in a nod to the kit England wore for the 1992 World Cup when they reached the final, ultimately losing to Pakistan by 22 runs. 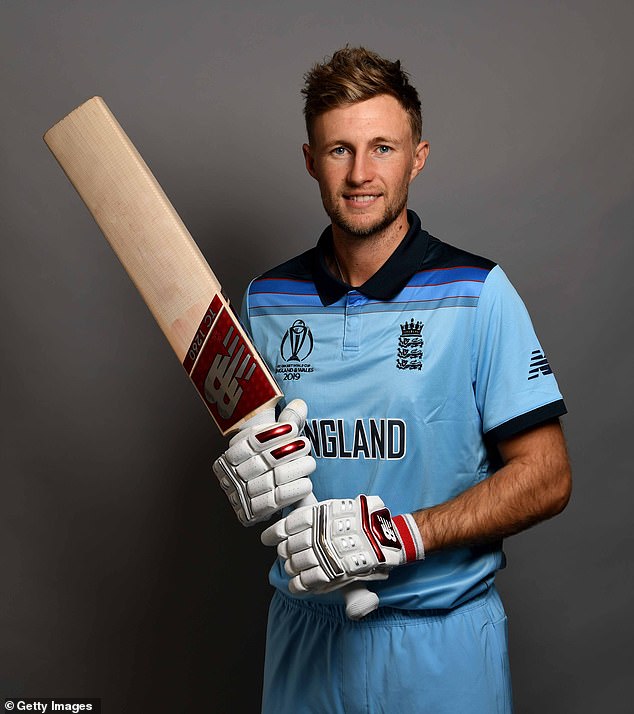 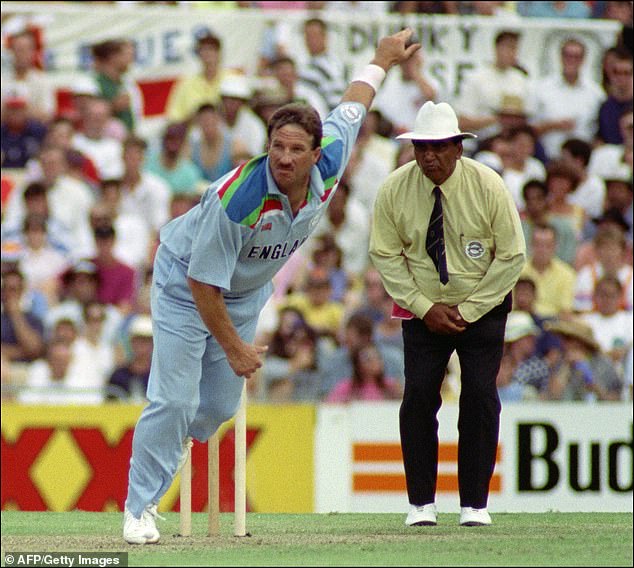 No doubt the players and expectant public will hope England can go one better this summer.

The shirt can be buttoned up, features a navy blue collar and a navy trim around the base of the sleeves, as well as thin red stripes across the chest.

The flame red stripe is a reference to the T20 kit as the ECB feels it is important for the three England kits and teams to be connected. England also revealed the slightly different kit they will be wearing for all other games in 2019 which has navy trousers and a Natwest sponsor across the chest instead of England.

When England suffered the heartbreaking defeat in 1992, it was the first time coloured kits were worn at the World Cup. 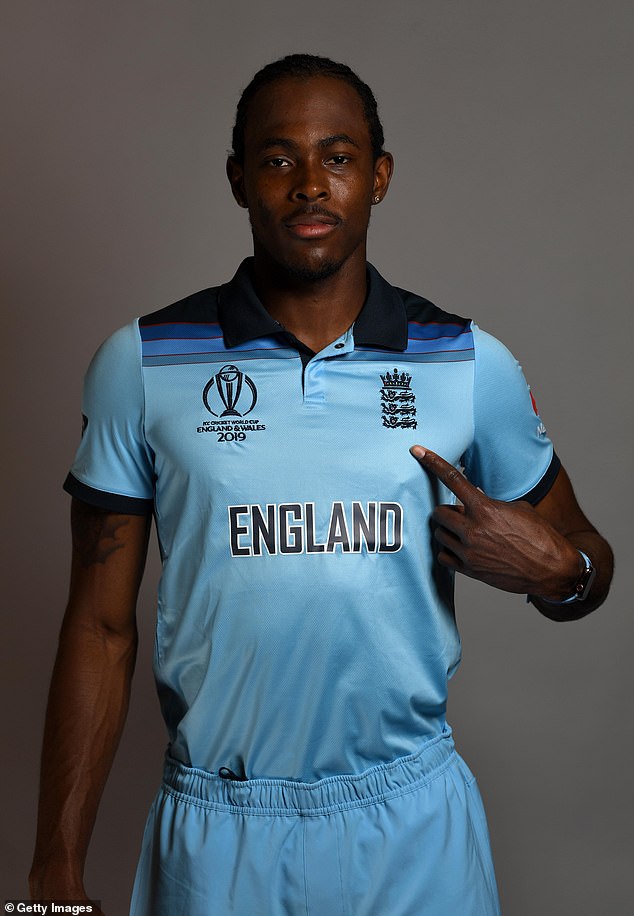 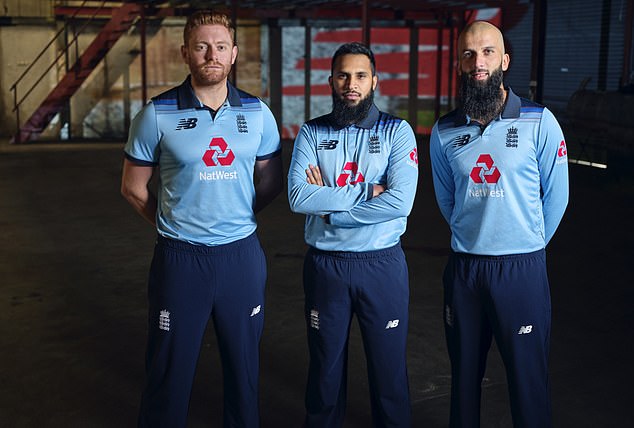 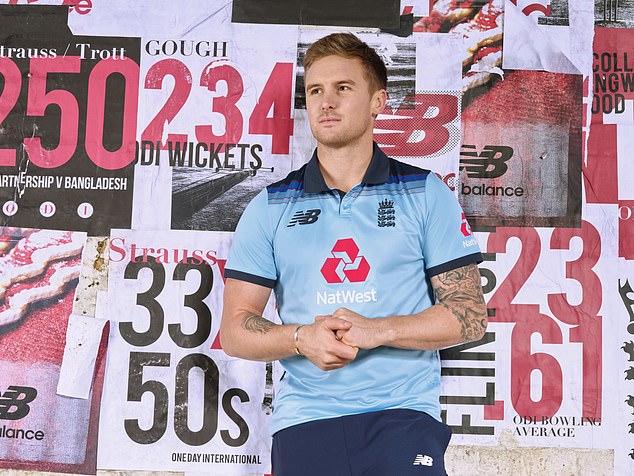 The One Day game has since gone from strength to strength and is anticipated to be a hugely entertaining spectacle this summer.

England skipper Morgan said: ‘This summer represents a once-in-a-generation opportunity for the England team on home soil and having the support of the country will be crucial.

‘Hopefully we’ll see the stands packed with fans all wearing the new shirt and cheering us on.’ 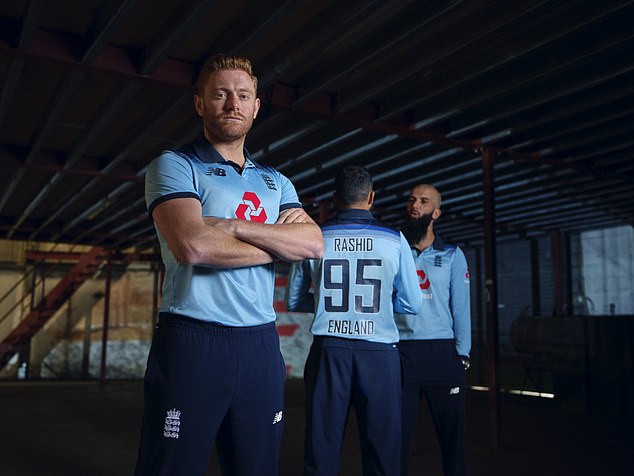 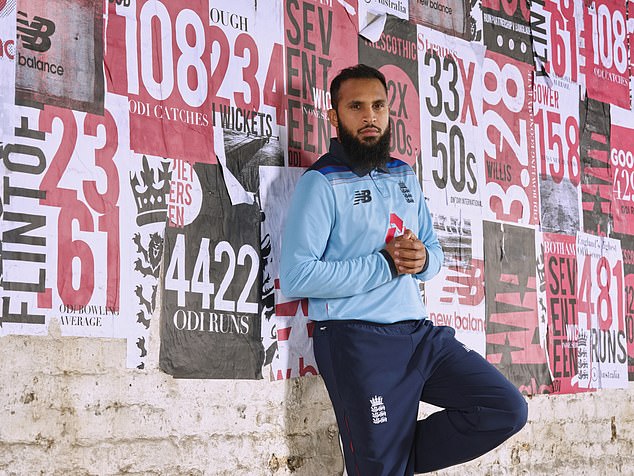 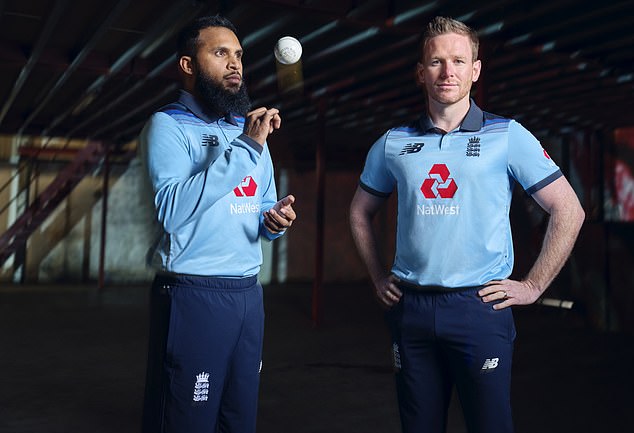