The country’s most senior doctor has told how her body still hasn’t recovered from childbirth – more than 20 years after having her daughters.

Dame Sally Davies, England’s chief medical officer, said she still suffers from an embarrassing side effect that left her housebound as a new mother.

She added that her struggle with incontinence gave her great sympathy for other women experiencing intimate problems. ‘We women, after we’ve had babies, can be damaged so that we get incontinence,’ said the 68-year-old, who has two daughters – Olivia, 26, and 22-year-old Isa.

‘And actually – I’ve never gone public about this – after my first child I could walk three yards before I peed in my pants.’

During the discussion with Health Secretary Jeremy Hunt about medical errors, she added: ‘For six weeks I could not the leave the house. I’m still not as I would wish to be. So I have every sympathy with these women.’

Her comments come a week after a review was launched into a series of health scandals, including the use of vaginal mesh implants to repair damage caused by birth.

Campaigners are calling for a ban on the treatment, while hundreds are suing the NHS saying the implants left them in agony.

Dame Sally said her ‘heart goes out’ to women left in pain by post-natal surgery. She said she had been flooded with ‘tragic’ letters and emails from women affected by the issue.

She added that while the treatment was appropriate for some women, too many had not been warned of the side effects. 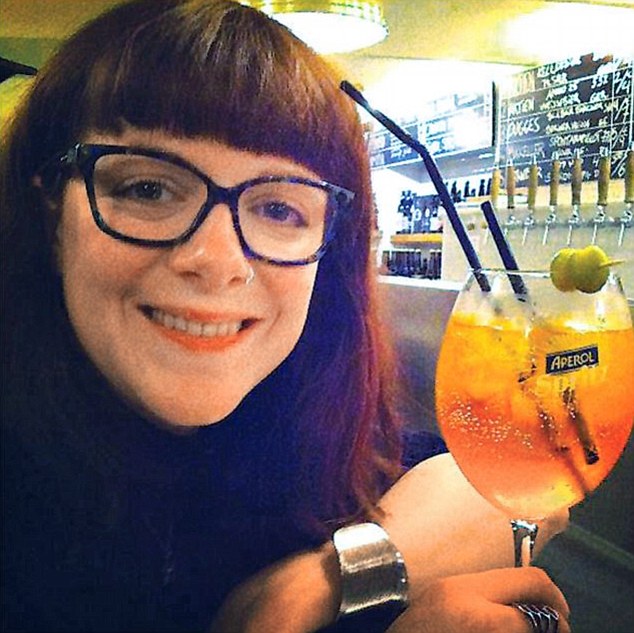 Her comments come a week after a review was launched into a series of health scandals, including the use of vaginal mesh implants to repair damage caused by birth (Pictured: Her first daughter, Olivia Davies)

‘It’s quite clear for a selected group of women that the best treatment if you have got a good doctor is a type of mesh that lifts the bladder up and supports the uterus and makes it all right,’ she told the Daily Telegraph. ‘But even if you have a good surgeon and the right patient, there are quite a lot of side effects.

‘Fifteen to 20 per cent get side effects. I have a post bag that is tragic – from women who have had the operation and are worse off. My heart goes out to them.’

Dame Sally married her third husband, Dutch-born academic Willem Ouwehand, in 1989. Her daughter Olivia works for a left-wing think tank, while Isa is a medical student.

Primodos was given to around 1.5million British women in the 1960s and 1970s, and was last month linked to serious birth defects by scientists.

Mr Hunt said much stronger advice would be published. He also said immediate action will be taken on vaginal meshes, with an audit of 100,000 women fitted with the implants in the last decade.