Benjamin struck two sixes in the final 15 deliveries to take the game to the last five, and left Adam Milne to finish it with three wickets to spare.

Only Zak Crawley got going among the Spirit star-studded batting line, hitting 64 off 40 balls to help his side to 144. 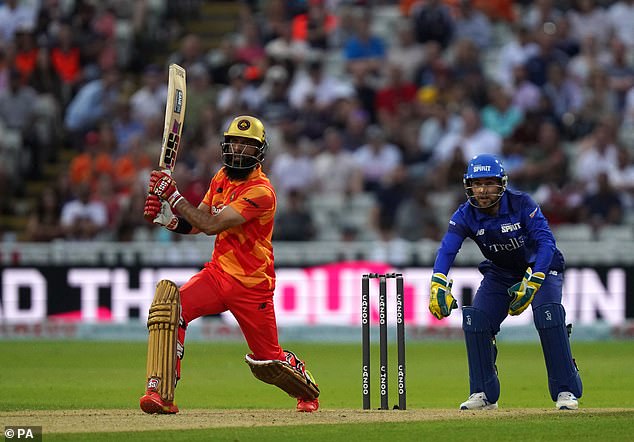 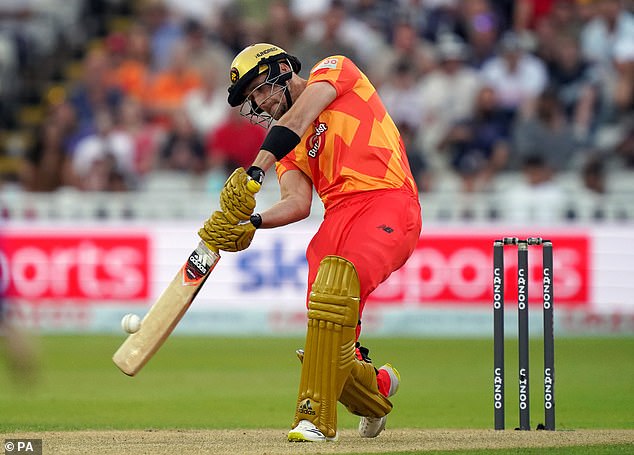 Accounting and finance graduate Benjamin was awarded a rookie contract for Warwickshire just last month and came into the Hundred as a late injury replacement for Adam Hose. He had only played one Twenty20 before last night.

‘I still need to pitch myself and wake up from the dream,’ said Benjamin. ‘To play against the England captain Eoin Morgan was incredible, and to be in the changing room with the likes of Moeen (Ali) are what dreams are made of. Hopefully, I can keep putting performances together which help the team win games.’

Aside from the Hundred logos plastered around the Edgbaston ground, this very much had a T20 Blast feel. 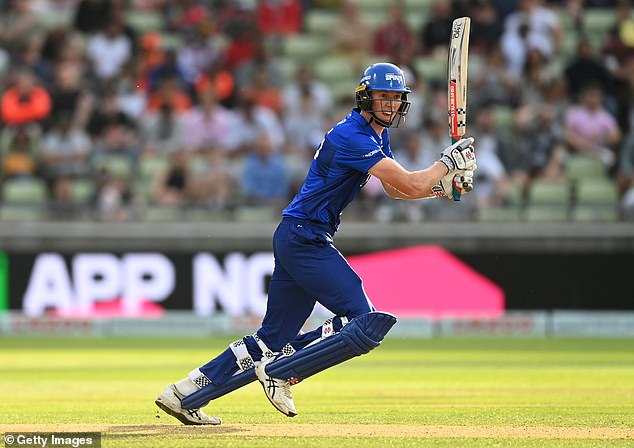 Packed crowds, plentiful supplies of booze, and of course fancy dress. A lot of fancy dress.

‘Shane Warne you’re the one, you still turn me on’ — sung to the tune of ‘Football’s Coming Home again’ – slowly grew in decibels as the crowd became well-oiled.

The competition’s emphasis on attracting families and children is a good one, but a Friday night at Edgbaston was always going to skew the demographic.

Moeen’s Phoenix sent in Morgan’s Spirit side to bat, and the game got off on the wrong foot when one of the umpires inexplicably became confused with how many balls had been bowled — in the first ‘five’.

The wily medium pace of Benny Howell stymied the top order, which saw Morgan cheaply caught at long-on and Joe Denly snaffled by Moeen for 25.

This was after the powerful Dan Lawrence departed for just six. 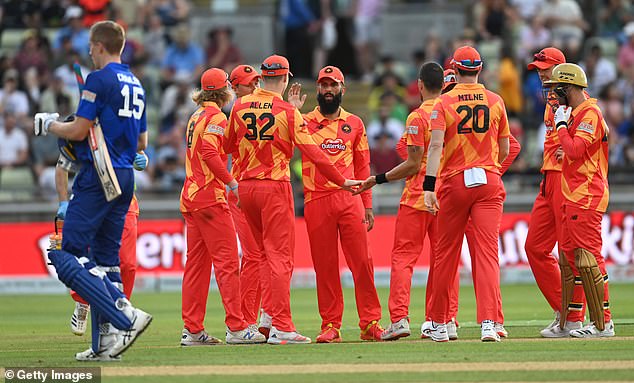 The star-studded batting line-up struggled to get going, aside from Crawley. The opener was the visitors’ saviour, crafting a quickfire 64 off 40 balls including eight boundaries.

His six over deep mid-wicket early on set the tone and helped his side crawl to a par 144.

Adam Milne was pick of the Phoenix attack, picking up the wickets of Josh Inglis and Ravi Bopara — the latter via an outstanding one-handed catch on his follow through.

Man of the moment Liam Livingstone and New Zealander Finn Allen got the Birmingham side off to a brisk start. One trademark Livingstone six went arrow-straight down the ground, but not over the ground this time. 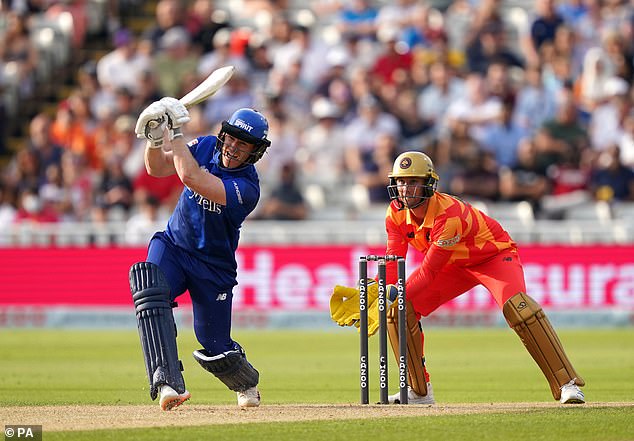 Mohammad Amir did stem the flow by uprooting Allen’s stump after 20 balls. But the seamer appeared to have an issue of bowling straight consistently, after conceding six wides in his spell.

That brought Moeen to the crease and with his England colleague, the pair were building a strong partnership.

The left-hand, right-hand combination along with Livingstone’s willingness to press forward was proving tricky for the bowlers’ accuracy and saw the ball fly in all directions.

The England colleagues were well set, until Livingstone was caught at fine leg off, off Cullen.

Ali soon fell to some excellent boundary footwork by Ravi Bopara at long-on, off Roelof van der Merwe, before Benjamin picked up the baton to take his side home. 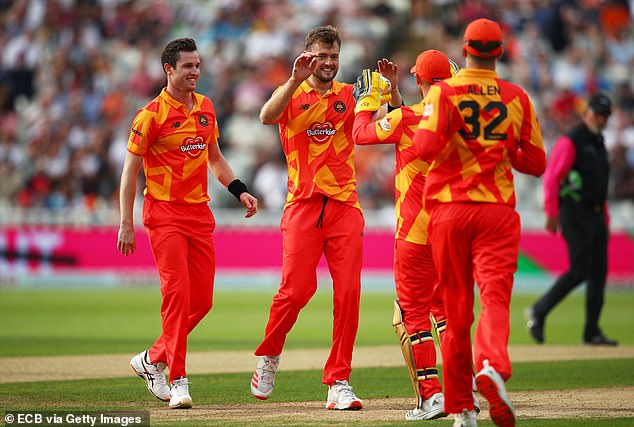 Tom Helm was among the wickets for Birmingham, with Howell and Adam Milne also taking scalps