An English expat working in the Australian outback has unleashed about the free accommodation provided as part of her job at a remote hotel.

Faye Johnson and her partner, Luke, moved to a remote town in Western Australia to complete the requirements of her working holiday visa so she could stay in the country for another year.

‘I quit my job in the UK and moved over here doing the working holiday visa,’ Ms Johnson explained in a video.

‘We got job offers in a hotel in a remote part of Western Australia, and the hotel said, “we can offer you free accommodation”.

‘We thought that would be perfect because we can save up and do some travelling afterwards.

‘Let me just show you something from our free accommodation.

She then unleashed about the conditions of the free accommodation offered by her employer.

Firstly, she showed off the fridge, which appeared to be rusting.

‘Just soak that in. This is not a drill. This is genuinely our fridge,’ she said.

‘Don’t know if they found it from a crack den or on the side of the road.’

She then continued around the room to show an oven and stove, which don’t work, an old TV and a musty couch.

But Ms Johnson said the worst part of the accommodation is the roof.

‘This is just full of cobwebs. But, as I said, I’m in Australia so Christ knows what’s up there with me,’ she said.

She then went to show the window, connecting the bedroom to the main living area.

‘We don’t get any natural light and don’t get much air either.’

The bedroom has no external windows, with natural light entering the room from a large window connecting it to the kitchen. 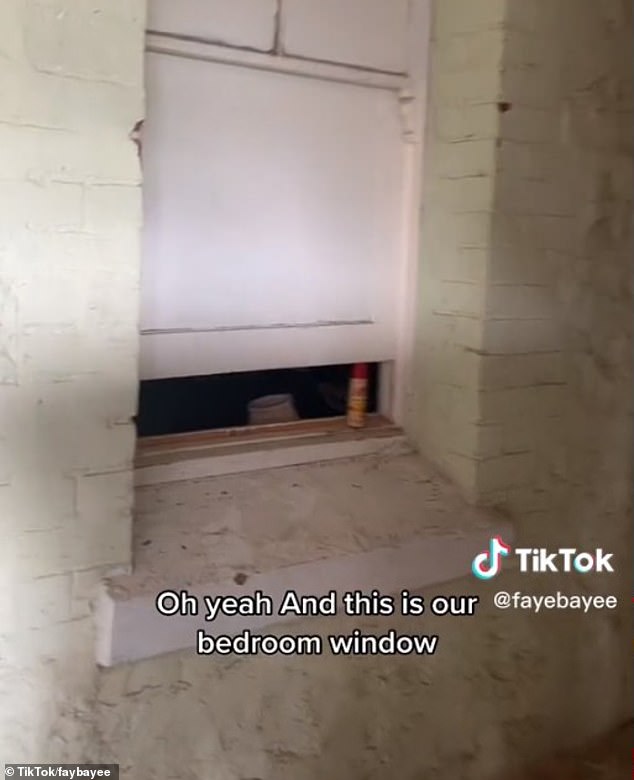 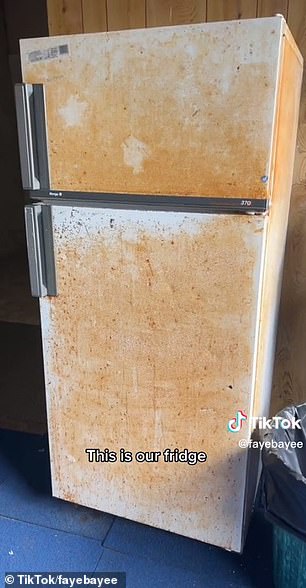 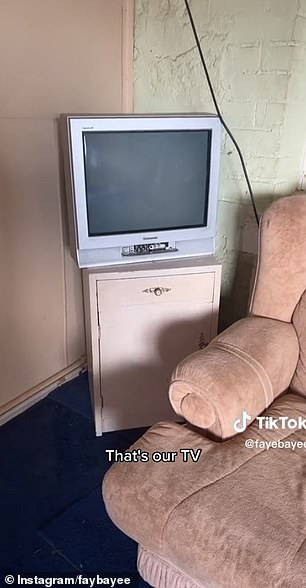 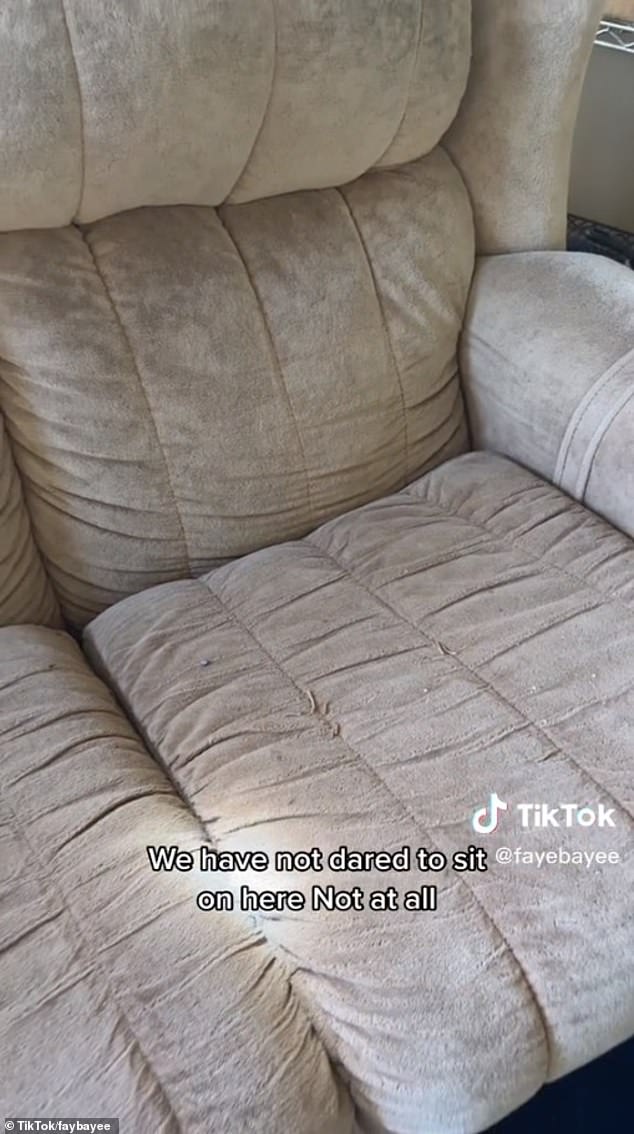 ‘So my advice for anyone else doing this, ask a few more questions about the free accommodation,’ she said.

‘Maybe ask for pictures because I think we were a bit naive in what we thought free accommodation would actually be like.

‘I know it’s notorious for not being amazing, but I don’t know, I kind of expected an external window.’

Ms Johnson added she and her partner wanted to leave soon after arriving at their room but found there was no way of getting back to the city.

‘We’re in a remote part of Australia. We got here and saw the room, full of cobwebs and so dirty,’ she said.

‘We couldn’t go, we don’t have a car and the bus only goes once a week. It’s so remote there’s nowhere else to stay.

‘But apart from that, it’s been amazing.’

She captioned the video: ‘I’ve actually stayed in a nicer prison!’ 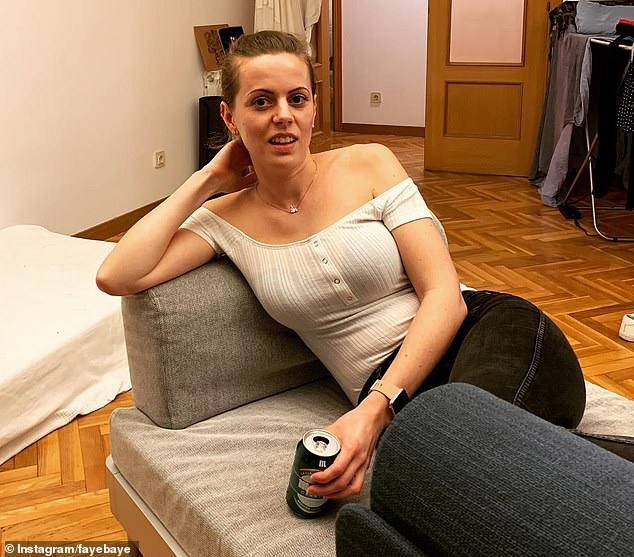 However, very few people sympathised with her situation and pointed out that Australia is in the midst of a housing crisis.

‘While you’re criticising your free accommodation, many Australians are living in their cars due to the unreasonable increase in rents,’ one Australian said.

‘Welcome to Australia- enjoy yourself. Throw a sheet on the lounge. Trust me, that old fridge is outliving any modern one,’ another said.

Another viewer wrote: ‘But it’s free! People are living in tents with children right now.’

Another commented: ‘I’m not seeing anything too bad. It’s free and looks basic, but liveable.’

Ms Johnson later responded to the comments: ‘Yeah, it is liveable, just unexpected, but we’ve decided to stay.

‘I guess we have different expectations, but it’s been an interesting and eye-opening experience.’