Enormous hexagon can be seen from SPACE on Australia’s coastline

An enormous hexagon formation that can be seen from space on Australia’s rugged coastline is a secretive Naval Communication Station.

It is located near the town of Exmouth on Western Australia’s north west cape, and is  named after a former Australian Prime Minister who mysteriously vanished while swimming in 1967.

According to the book Raven Rock, which details presidential, military and political history, author Garrett Graff claims the station is made up of 13 radio towers.

The tallest, Tower Zero, sits in the middle while six other towers are placed in a hexagon around it.

It sends radio signals to US Navy and Royal Australian Navy ship and submarines in the western Pacific Ocean and the eastern Indian Ocean.

It is considered to be the most powerful transmission station in the Southern Hemisphere.

The facility is also home to high-tech technology operated by the US Department of Defense’s Space Force.

The Space Surveillance Telescope, was installed at the facility in October of this year after being relocated from the White Sands Missile Range, New Mexico, in 2017 to fill a coverage gap.

The military telescope is used for detecting, tracking and cataloguing satellites, near-Earth objects and space debris. 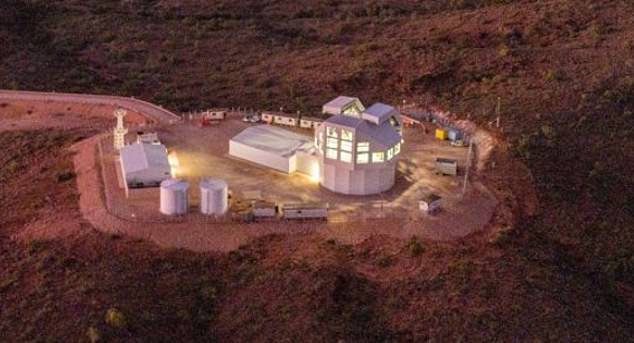 The Space Surveillance Telescope is operated at The Harold E. Holt naval station 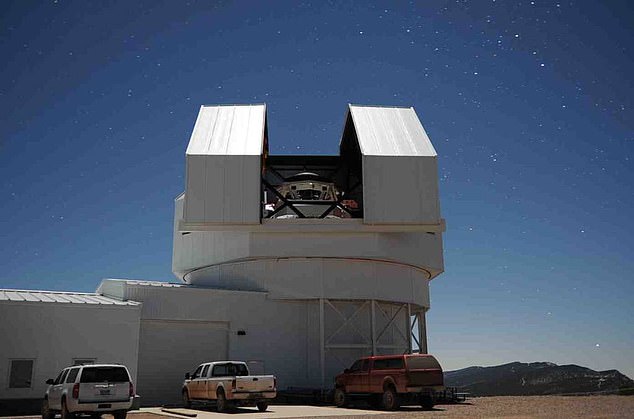 The telescope tracks thousands of objects, including space debris and active satellites 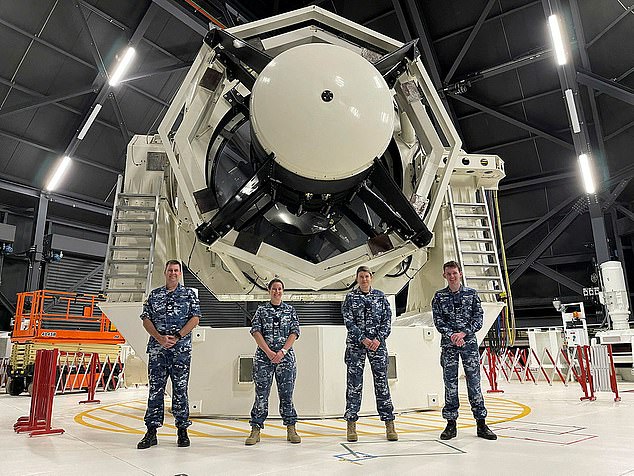 The telescope is capable of tracking debris about 22,000 miles above the Earth’s surface

Another space surveillance radar is also being installed and once completed will be operated remotely by Royal Australian Air Force personnel.

It will provide a ‘space situational awareness capability’, allowing the tracking of space assets and debris.

In 2008, a Qantas plane plunged 200 metres in seconds after a temporary malfunction.

It was suggested the powerful radio signals from the naval communications base had interfered with the aircraft and caused a glitch in its system.

The manager of the base denied the signals could have caused the malfunction. 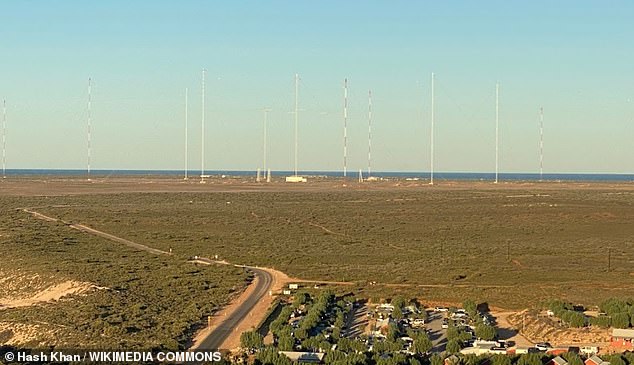 The Harold E. Holt naval station is a joint Australian and United States naval communication station located on the north-west coast of Australia

Aussies who live nearby have also shared their own stories about the station.

‘Fun fact, it is one of the biggest in the world. They produce their own power and treat and make their own water too.

‘I’ve been there. [It’s an] old camp ground from the Americans and there’s even a mini town that has a pool and a bowling alley,’ another shared.

‘We always tease my mate because he is a groundsman who maintains the towers and surrounds. We always say that’s just what you tell us, but secretly you are in a secured office beaming messages out of space to Russia,’ another person joked.

The town of Exmouth was built at the same time as the communications station to provide support to the base and to house families of U.S Navy personnel.