A British family of 12 who made headlines around the world when they fled to Syria to fight for ISIS have all died, MailOnline can reveal.

Three of the grown-up sons from the Mannan family were killed fighting for Islamic State, while seven more relatives, including three children between the ages of one and 11, were all wiped out in an airstrike.

The elderly parents, Muhammed Mannan and his wife Minera, both died in the terror group’s former capital from natural causes.

The Mannan family (pictured) from Luton, Bedfordshire, came to the world’s attention in May 2015 when 12 of them left the UK to join ISIS in Syria. They are believed to have crossed into the country soon after arriving in neighbouring Turkey on the way home from Bangladesh 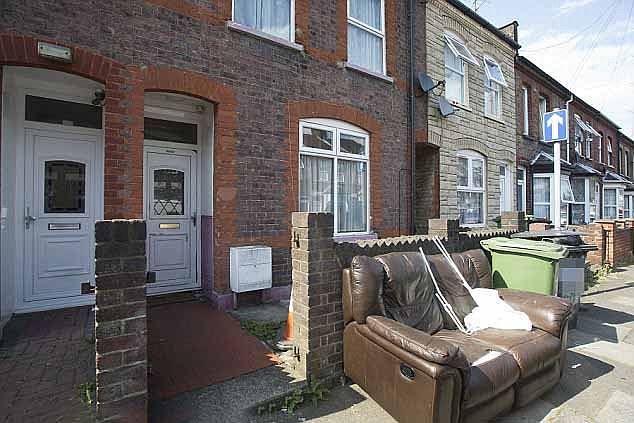 A relative living close to the family home in Luton (pictured) raised the alarm when they failed to return back to the UK. Shortly after they arrived in Syria the family released a statement pledging their allegiance to IS and their happiness and being in land ‘free from corruption’

Speaking from the family’s hometown in Luton, Mr Mannan’s son Shalim, from a previous marriage, told MailOnline: ‘They are all dead. It’s over, finished. We had been trying to find out for some time what had happened to them and it was only confirmed to us recently from Syria.

‘It’s a tragic end and we have drawn a line under it all and are now trying to get on with our lives,’ he added.

The Mannans are believed to have crossed into Syria soon after arriving in neighbouring Turkey in May 2015, where they stopped off following a family trip to Bangladesh. When they failed to return to Britain, they were reported missing by worried relatives.

Two months after arriving in Syria, the family released a statement declaring their support for Islamic State and their happiness at being in a land ‘that is free from the corruption and oppression of man made law and is governed by the shariah’.

It added: ‘Yes, all 12 of us and why should this number be shocking, when there are thousands and thousands of Muslims from all corners of the world that are crossing over land and sea everyday to come to the Islamic State?’

Mr Mannan, who is the oldest Briton ever to have gone to Syria, was also pictured holding up his finger in an apparent show of support for the group.

But his son revealed in an interview soon after that his father had been ‘tricked’ into going to Syria and urged him and the family to return.

It later emerged that the family had been allowed to leave the UK despite being stopped at Heathrow and having their house raided by counter-terror officers. 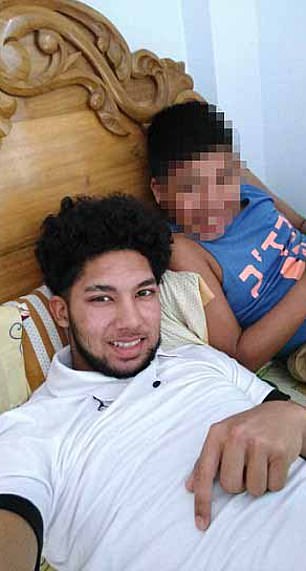 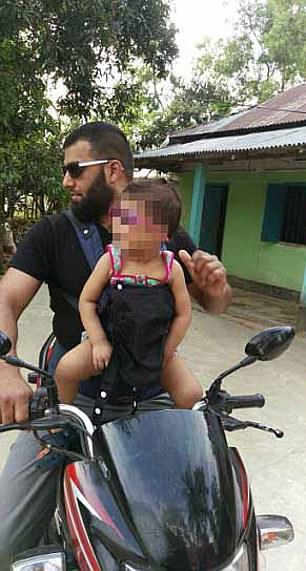 The family back home have since learned that all 12 members of the Mannan family who left for Syria have all since died. Mohammed Toufique Hussain, 19, (right) was killed fighting for ISIS in Raqqa. His brother Mohammed Abil Kashem Saker, 31, (left) died in battle in Baghouz 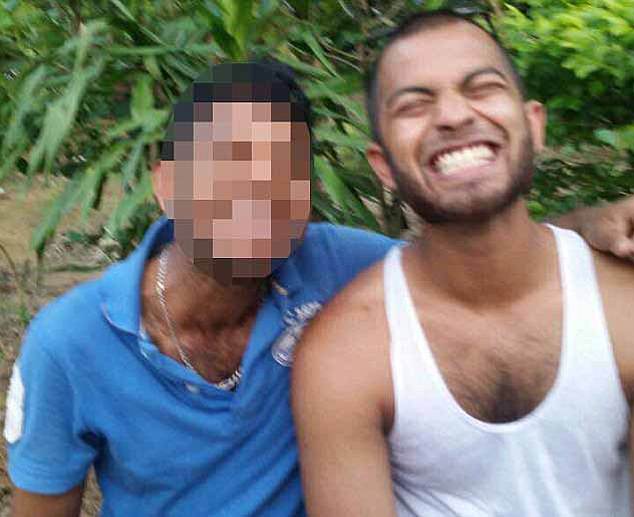 Meanwhile Mohammed Zayd Hussain, 25, (pictured) was also killed fighting for ISIS in the battle for Raqqa less than two years after arriving in the war-torn country with his parents

The 75-year-old, who suffered from diabetes and other health problems, is known to have died in Raqqa a short time after the picture was taken. His wife, Minera, died from cancer in the city.

His two youngest sons, Mohammed Zayd Hussain, 25 and 19-year-old Mohammed Toufique Hussain both died in the battle for Raqqa against American-backed forces, who seized the city in October 2017.

The rest of the family then escaped with other jihadists across Syria and ended up around Baghouz last year.

During fighting for control of Islamic State’s final piece of territory, another son, Mohammed Abil Kashem Saker, 31, was shot and killed. The area fell earlier this year following a brutal battle, signalling defeat for the militant group.

The remaining members of the Mannan family perished in an airstrike while trying to flee Baghouz were their daughter, Rajia Khanom, 21, son Mohammed Saleh Hussain, 26, and his wife Roshanara Begum, 24, their three children and another daughter-in-law, Sheida Khanam, aged 27.

Mr Mannan’s cousin Abdul Khalid told MailOnline: ‘From what we’ve been told they were trying to get away from Baghouz and make their way to a camp, like so many other people were trying to do at the time but there was a lot of bombing going on and they got caught up in this.

‘They were all together, that’s all we know. We are not sure if they were in a house or out in the open but the fact is that they are all dead. The details of how they actually died don’t really matter to me.’

Mr Mannan was a regular worshipper at the Bury Park Mosque in Luton, where he was a popular figure and news of the family’s death is known to many members of the congregation. 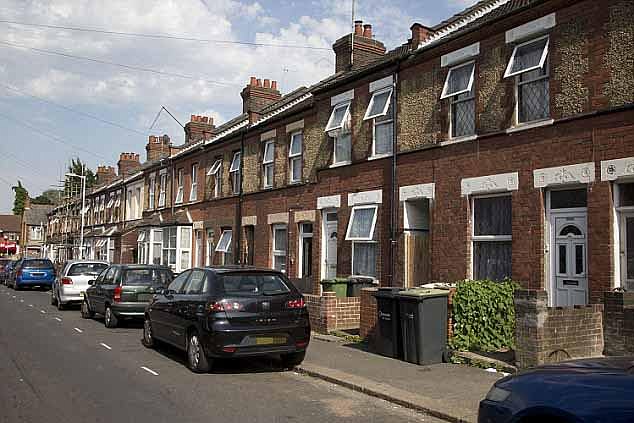 The head of the family Mohammed Mannan, at 75, is the oldest Brit ever to have gone to Syria. He died in Raqqa a short time after arriving, having suffered from diabetes and other health problems. His wife, Minera, who lived with him at the family home (above) died from cancer

Abul Hussain, chairman of the mosque said: ‘He was a lovely man who was really devoted to his family. When he went to Syria we were all shocked because we couldn’t believe that he was capable of something like this. It was not the Muhammed we knew.

‘We still can’t believe that the entire family has been wiped out, there were such young children involved and I can’t imagine what they all must have been going through, given the terrible things that were happening in Syria.’

The Mannan’s Luton home is currently being rented out and neighbours said that they too had been informed by relatives that the entire family is now dead.

One added: ‘Everybody around here knows about it. It’s really difficult to imagine somebody giving up the safety of England to go and live in Syria with their entire family, especially with such young kids.

‘To be honest, it was never going to end well. Our hearts go out to the Mannans and their family that are still here in Luton.’

WHAT HAPPENED TO THE OTHER BRITONS FIGHTING FOR ISIS? 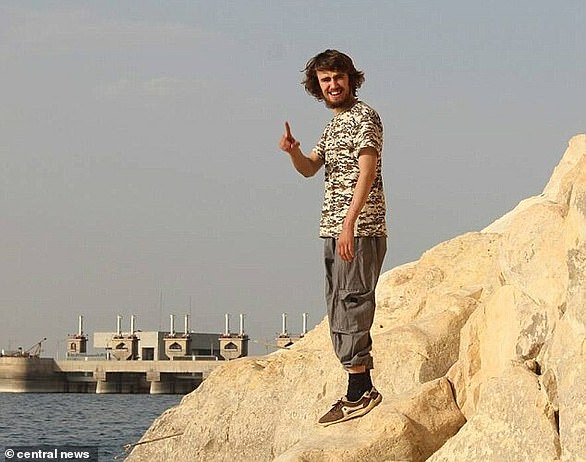 Jack Letts, aka Jihadi Jack, became the first white British man to join ISIS when he travelled to Syria in 2014 at the age of 18

The computer programmer is by far the most infamous Briton to join ISIS in Syria.

Emwazi was part of an execution group made up of four British ISIS recruits that became known as ‘the Beatles’ by their captives.

Two years after leaving London for Syria, Emwazi was killed in a targeted drone strike carried out by US forces.

The three teenage schoolfriends from Bethnal Green were radicalised online and secretly left their homes in 2015 to become ISIS brides.

Soon after arriving in Raqqa, 16-year-old Kadiza became disillusioned when her American ISIS fighter husband was killed. In 2016 her parents were told she too had died in a Russian air strike.

Begun was 15 when she fled and married a Dutch born ISIS recruit.

Little was known of her until she was found in a refugee camp where in a series of TV interviews she appeared to show little regret for becoming an ISIS bride.

Her citizenship was revoked by the Home Secretary and she remains in a Syrian camp. Her third child died soon after birth.

The whereabouts of Abase are unknown.

The former university student from Glasgow was a recruiter for other women to flee Briton and join ISIS, and is suspected of helping the Bethnal Green trio join.

She rose through the ranks of ISIS and became a leading figure with the feared all-female force known as the al-Khansa brigage.

They were responsible for enforcing ISIS version of Sharia Law among civilians trapped in the so called Caliphate in Syria.

She was stripped of her UK citizenship in 2017 and her whereabouts are currently unknown.

SALLY JONES ( aka THE WHITE WIDOW)

The former punk rocker became a poster girl for ISIS recruitment and known for publishing ‘kill lists’ of targets and threats to the UK and US.

Aged 47, she fled to Syria with her 10 year old son from her home in Kent after becoming a Muslim convert.

She married an ISIS hacker who was later killed in a drone strike and was a useful tool for ISIS to issue threats during their campaign of terror.

Jones, who took the name Umm Hussain al-Britani, is thought to have been killed in 2017 along with her son.

At the age of 18, he became the first white British man to join ISIS and travelled to Syria in 2014.

In a recent TV interview he admitted to have being prepared to carry out a suicide bombing but insisted he was no longer a threat.

While he has yet to be stripped of his British citizenship he has acknowledged he will will have to serve a lengthy prison sentence if ever allowed to return.

Letts was captured by Kurdish forces in 2017 and remains a prisoner in east Syria.

His parents John and Sally, from Oxford,were convicted earlier this month of funding terrorism by sending him money.

Letts, who has dual citizenship with Canada, became disillusioned with ISIS a year after joining and was imprisoned by the group.