Equity release lending to new customers increased 31 per cent in 2022 compared to the year before, as £6.3billion of cash was tapped from properties.

The number of equity release plans taken out over the year also increased 29 per cent taking the total to 52,295, according to equity release broker Key.

Equity release rise: Older homeowners are releasing money from their properties in order to manage the cost of living crisis

Yet despite the increase in the amount borrowed, the average loan-to-value on the mortgages fell by 1 per cent to 28 per cent. This was a result of rising house prices.

Equity release loans allow over-55s to access some of the value built up in their homes in the form of tax-free cash. The money must be repaid with interest through the sale of the property when they die or go into long-term care.

Equity release borrowing was broadly in line with pre-2020 levels for the first nine months of 2022, Key said, after a slump during the pandemic.

However, there was a spike in activity in the wake of September’s mini-Budget as mortgage rates soared to highs of more than six per cent.

Equity release is often used to pay off an existing mortgage in the first instance, with the rest of the money left over to spend in retirement.

However, equity release interest rates were not spared from the sharp rise in borrowing following the mini-Budget and the ensuring chaos in the gilt market. This saw rates increase to 5.7 per cent in the final three months of 2022, up from 3.07 per cent at the same time the year before.

Key also said older homeowners were keen to mitigate the effects of rising inflation, which peaked in October at 11.1 per cent.

>> Will we see mortgage rates back below 4% this year? 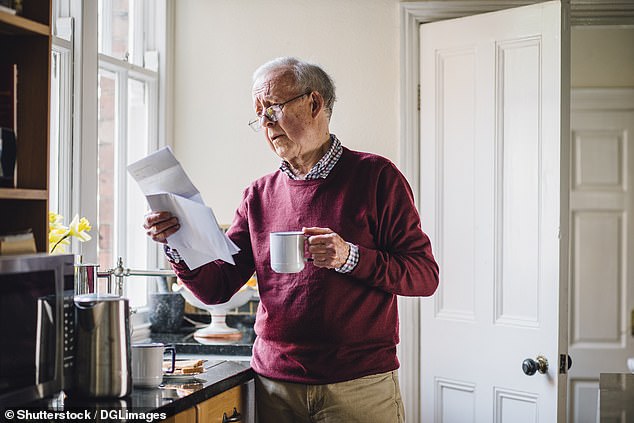 Existing equity release customers took out £203 million in further borrowing in 2022, while £513 million was accessed via drawdowns – a 44 per cent increase on 2021.

Will Hale, chief executive of Key, said: ‘As inflation starts to bite, those on fixed income or nearing retirement are considering how they can manage their largest expenditure – while still allowing for potential repayments in the future.’

Jim Boyd, chief executive of the Equity Release Council said: ‘These figures represent another significant step up for a market which was barely registering £1bn of lending activity ten years ago.

Equity release: How it works and advice

To help readers considering equity release, This is Money has partnered with Age Partnership+, independent advisers who specialise in retirement mortgages and equity release.

Age Partnership+ compares deals across the whole of the market and their advisers can help you work out whether equity release is right for you – or whether there are better options, such as downsizing.

Age Partnership+ advisers can also see if those with existing equity release deals can save money by switching.

You can compare equity release rates and work out how much you could potentially borrow with This is Money’s and Age Partnership+’s new equity release comparison tool.

‘It’s clear the dust is still settling from the Autumn mini-Budget. However, beyond short-term uncertainty, the long-term drivers that make property wealth a vital component of modern retirement planning are firmly intact.

‘Any homeowner considering equity release in the current climate should seek out both financial and legal advice, by working with a Council member, to make sure any choice is a good fit for their long-term needs.’

In recent years, some equity release lenders have started introducing new features such as allowing customers to pay off some of the loan or interest before they die or go into care, if they choose, to reduce what they owe.

In 2022 Key said the majority of equity release customers (63 per cent) opted for plans with fixed early repayment charges, preferring to avoid the uncertainty of gilt-linked or variable charges.

Many are also choosing increased flexibility, with 61 per cent selecting downsizing protection within their product. This allows the borrower to pay off their loan early without a penalty fee if they move to another home that is outside the lender’s lending requirements.

In addition, 29 per cent of borrowers added inheritance protection. This is when a borrower ringfences a portion of their home’s value to be passed on to loved ones.

Almost a quarter of funds released in 2022 were equity release remortgages. On average, customers moved £132,240 worth of borrowing from an interest rate of 5.1 per cent to one of 5.0 per cent.

This is a very modest saving and substantially lower than the figures recorded in Q3 2022 when customers moved from 5.1 per cent to 3.6 per cent.