‘Please pray for my dad’: Eric Trump says his father is ‘a true warrior’ and Ivanka vows ‘you will beat this’ as President is taken to Walter Reed

Eric Trump and Ivanka Trump have expressed their well-wishes for their father, after President Donald Trump was rushed to Walter Reed Medical Center to monitor his symptoms of COVID-19.

[President Trump] is a true warrior. He will fight through this with the same strength and conviction that he uses to fight for America each and every day,’ Eric wrote in a tweet on Friday.

‘I ask you to join me in praying for his recovery. I have never been more proud of someone and what they have had to endure,’ he continued.

Ivanka wrote in a tweet: ‘You are a warrior and will beat this. I love you dad.’ 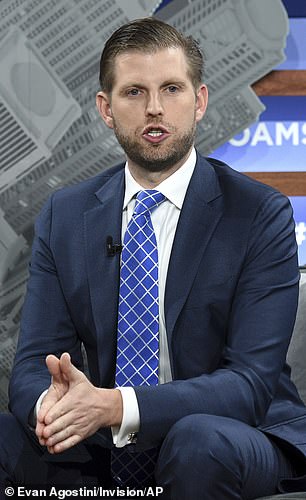 Ivanka Trump (left) and Eric Trump (right) have expressed their well-wishes for their father, after President Donald Trump was rushed to Walter Reed Medical Center on Friday 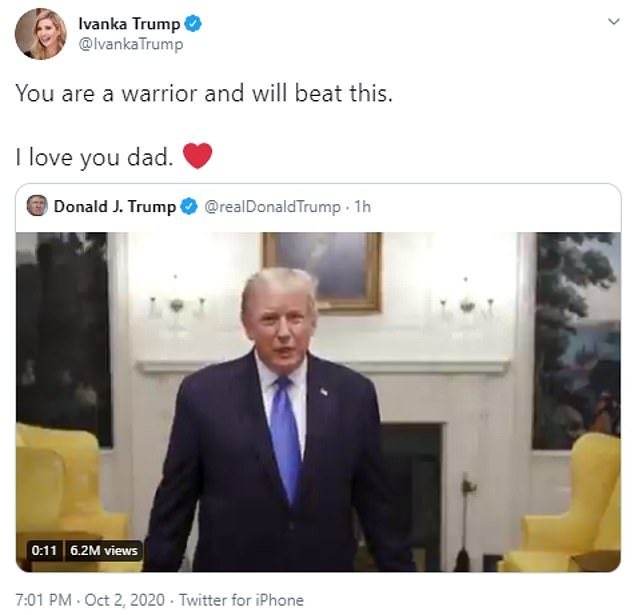 ‘Praying for the swift recovery of my father and Melania and for all those impacted by COVID-19,’ Ivanka tweeted earlier in the day. ‘As they fight this together, the President will continue to fight for the people of this great country.’

President Trump appeared in public Friday evening for the first time since he and the First Lady were stricken by COVID-19, walking to Marine One for a flight to the nation’s premier military hospital.

A White House doctor said Friday that the other members of the first family had tested negative for the virus.

The White House said the visit of ‘a few days’ to Walter Reed National Military Medical Center was precautionary and that Trump would continue to work from the hospital’s presidential suite, which is equipped to allow him to keep up his official duties. 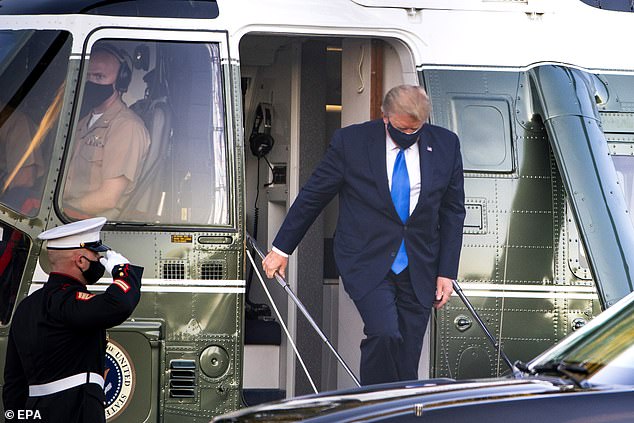 ‘President Trump remains in good spirts, has mild symptoms, and has been working throughout the day,’ Press Secretary Kayleigh McEnany said in a statement.

‘Out of an abundance of caution, and at the recommendation of his physician and medical experts, the President will be working from the presidential offices at Walter Reed for the next few days. President Trump appreciates the outpouring of support for both he and the First Lady,’ she added.

Trump walked out of the White House and gave a thumbs-up but did not speak as he boarded Marine One.

Members of the aircrew, Secret Service agents and White House staff wore face coverings to protect themselves from the president onboard the helicopter.

In a video taped before leaving for Walter Reed, Trump said, ‘I think I’m doing very well, but we’re going to make sure that things work out.’ 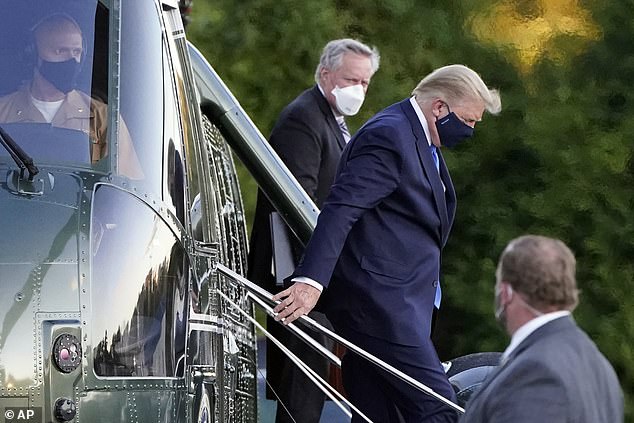 Just a month before the presidential election, Trump’s revelation that he was positive for the virus came by tweet about 1am after he had returned from an afternoon political fundraiser.

First lady Melania Trump also tested positive, the president said, and several others in the White House have, too, prompting concern that the White House or even Trump himself might have spread the virus further.

Eric has given no indication he will seek to delay the interview in light of his father’s and stepmother’s coronavirus diagnosis.