‘You are handing him the win!’ Eric Trump says his father’s reelection campaign has raised $15MILLION in the 72 hours since Nancy Pelosi announced impeachment inquiry

Eric Trump has said that his father, President Donald Trump, has raised $15 million for his reelection campaign since House Democrats announced an impeachment probe.

‘We have now raised almost $15 million in small dollar donations (including 50,000 NEW donors) since @SpeakerPelosi started this impeachment charade 72 hrs ago!’ Eric Trump wrote in a tweet on Friday.

‘Unbelievable numbers!! Keep it going — you and the dems are handing @realDonaldTrump the win in 2020!’

Speaker Nancy Pelosi had long resisted calls for impeachment from within her party, fearing backlash in the 2020 election — but the dam broke suddenly this week after allegations that the president pressured his counterpart in Ukraine to investigate Joe Biden.

Eric Trump (right) has said that his father, President Donald Trump, has raised $15 million for his reelection campaign since House Democrats announced an impeachment probe

After Pelosi announced an impeachment probe on Tuesday, Donald Trump’s campaign seized on the opportunity to bolster his reelection effort.

‘I need you on my Impeachment Defense Team,’ the campaign said in one fundraising text message sent Tuesday.

The swell of contributions comes right before next week’s third-quarter fundraising reporting deadline and will further pad what is already expected to be a massive haul.

More than a year out from the November 2020 contest, his campaign and the RNC have already reported pulling in more than $210 million since the start of 2019, Federal Election Commission records show.

That’s more than all the current Democrats seeking to replace him raised combined during that period. 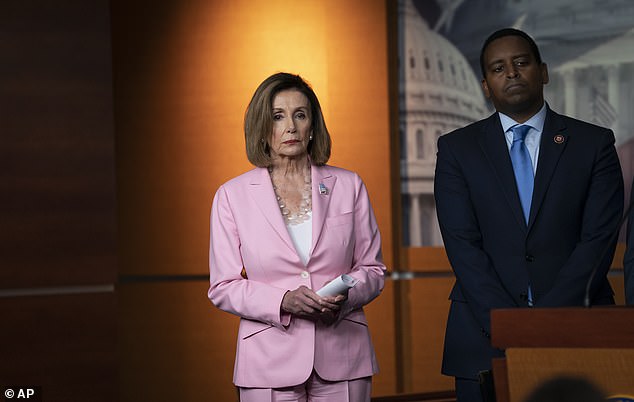 Speaker Nancy Pelosi had long resisted calls for impeachment from within her party, fearing backlash in the 2020 election — but the dam broke suddenly this week 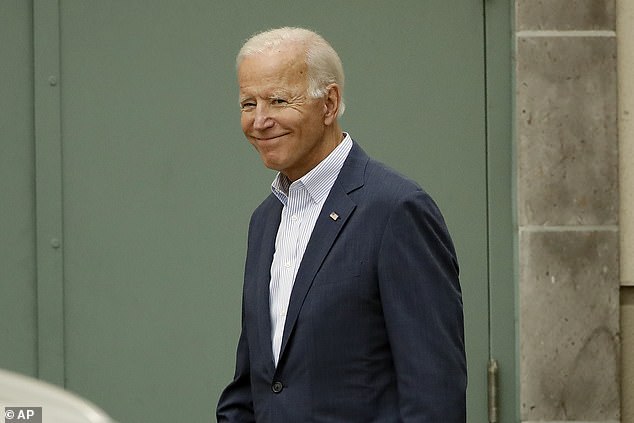 Biden, seen on Thursday, has also attempted to raise funds based on the impeachment push

But he’s not the only one trying to cash in on the impeachment fervor, which stems from his efforts to get Ukrainian President Volodymyr Zelenskiy to investigate Biden, a potential 2020 rival, and his family.

Biden, too, saw an uptick in donations last weekend after news of Trump’s conversation with the Ukrainian president broke, according to his campaign.

He’s running ads on Facebook urging supporters to ‘stand with Joe.’ And his campaign says he has had his best week of fundraising since his second week as a candidate.

‘Donald Trump sat in the Oval Office asking a foreign leader to investigate Joe Biden’s family because he knows Joe Biden will make sure he’s a one-term president,’ one online ad states. ‘Don’t let the president get away with this gross abuse of power.’

The Democratic National Committee similarly reported a surge in fundraising after sending out a fundraising appeal late Tuesday urging donors to ‘stand with Speaker Pelosi as the House moves forward with an official impeachment inquiry.’