‘Liverpool are the world’s best… but we have a chance’: Erling Braut Haaland insists RB Salzburg can knock the Champions League holders OUT when they clash in Group E showdown

RB Salzburg’s Erling Braut Haaland has fired a warning shot to Liverpool ahead of their crunch Champions League showdown on December 10.

Liverpool were held to a 1-1 draw on Wednesday night at home to Napoli, meaning they require a draw over Salzburg in the final group game to seal their progression to the last-16 of the Champions League.

And Haaland, who has been on fire for the Austrian outfit – scoring as Salzburg thrashed Genk 4-1 away from home, insists his side can beat Liverpool and book their place in the knockout stages instead.

‘They are the world’s best team,’ the striker, who has attracted heavy interest from Manchester United, said following the final whistle on Wednesday night.

‘But we know we are good at home and if we are at our top level, we have a chance.’

Salzburg currently sit third in Group E, just three points behind Liverpool and if they beat Jurgen Klopp’s side, while Napoli overcome Genk at home, then the Reds are likely to go crashing out. 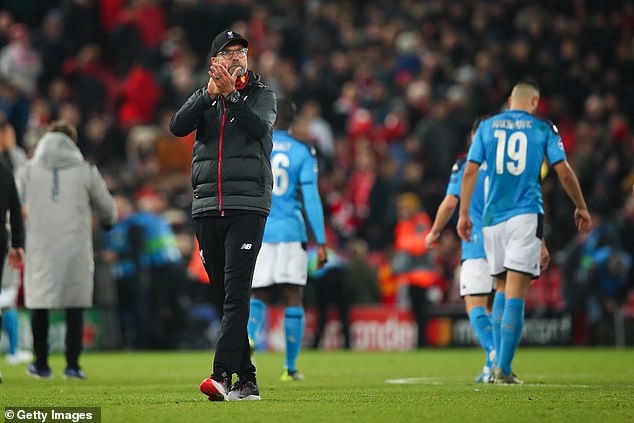