Ernest Cline on having his novel turned into a Spielberg blockbuster

As a child, self-confessed uber-geek Ernest Cline spent hours in front of his computer playing video games and was vilified by friends and family alike. ‘You’re wasting your time,’ they told him.

Today, bespectacled Cline is having the last laugh. Because all those countless ‘wasted’ hours led to a bestselling science-fiction novel in 2011, Ready Player One, which has now been transformed into a £125 million Steven Spielberg blockbuster.

The film, already being hailed as Spielberg’s finest in years, is a rip-roaring ride into a dystopian future packed with pop-culture references from the Eighties, including DeLorean cars, Pac-Man and Duran Duran.

Tye Sheridan as Parzival. The film, already being hailed as Spielberg’s finest in years, is a rip-roaring ride into a dystopian future packed with pop-culture references from the Eighties 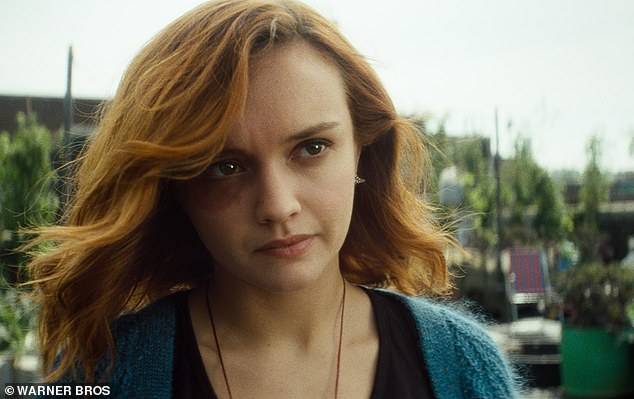 Olivia Cooke as Samantha in the new film. Ready Player One is set in 2044, in a world ravaged by poverty and climate change

Sheridan as Parzival. Above: Mark Rylance as Anorak. Spielberg calls Cline a visionary, while critics have praised the film’s dizzying special effects

‘Gaming saved me and has allowed me to live a life I could never have dreamed of,’ says Cline, 48, of the book and movie that made him a millionaire. ‘Now I can call all those hours of game-playing “research”.’

Ready Player One is set in 2044, in a world ravaged by poverty and climate change, where people try to escape their miserable lives in a virtual-reality fantasy world called Oasis. When the eccentric creator of Oasis dies (played in the film by British actor Mark Rylance), he leaves his trillion-dollar fortune to whoever wins a cut-throat scavenger hunt in his virtual world.

Spielberg calls Cline a visionary (copies of his novel are handed to new employees at Google as a ‘road map’ to the future), while critics have praised the film’s dizzying special effects, amid predictions that the on-screen virtual-reality world will inspire real-life pioneers of the burgeoning technology. 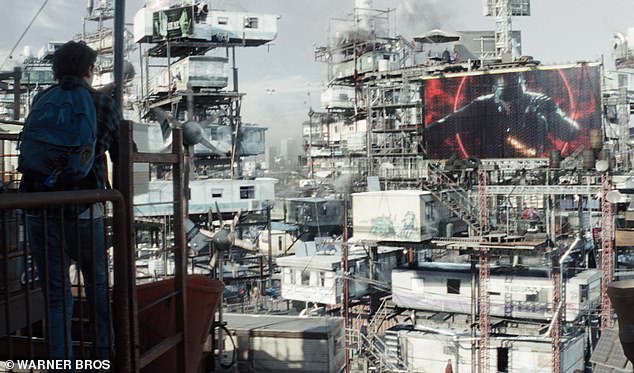 Cline says: ‘Pop culture is the only culture I’ve ever known. I wrote a book filled with references I hoped other people could relate to’ 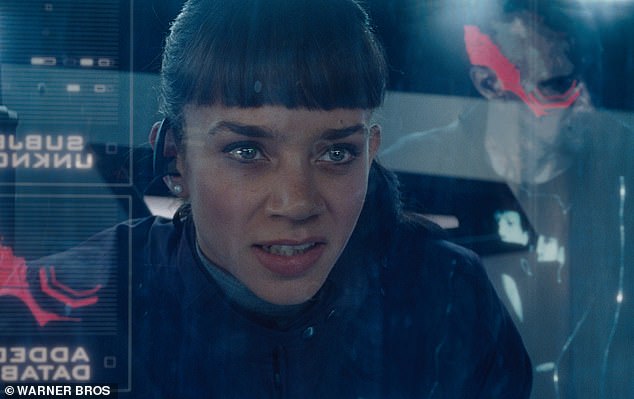 Hannah John-Kamen as F’Nale Zandor. Cline was ‘overcome with emotion’ when he visited the film set at Leavesden Studios 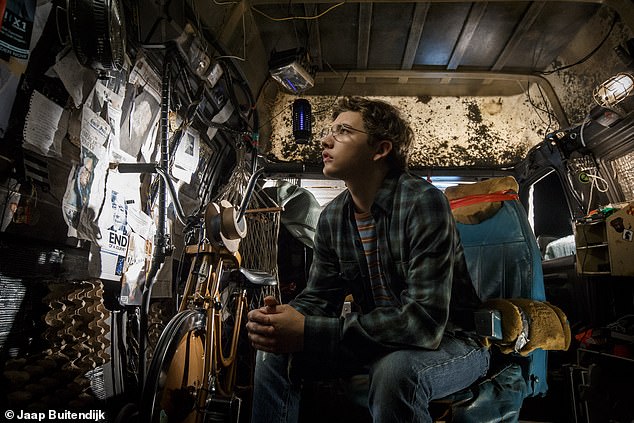 Just like his protagonist in Ready Player One, Cline was a socially awkward child who was an outcast at school

‘What I never predicted was how fast technology would catch up with fantasy,’ says Cline, who lives in Austin, Texas, with his wife and ten-year-old daughter.

Just like his protagonist in Ready Player One, Cline was a socially awkward child who was an outcast at school. His teenage parents were ‘ill-equipped’ to raise Cline and his younger brother, so the boys were adopted by their God-fearing grandparents, who lived on a remote farm in Ashland, Ohio.

The young Cline became addicted to gaming, spending hours immersed in Dungeons & Dragons. At one point, his grandmother banned him from playing it because she feared it was ‘the devil’s work’.

‘There was a panic in the media about it being about devil worship and kids doing witchcraft. So I was forbidden from playing it for religious reasons. Of course, like anything forbidden, that only made it more appealing.’

A college dropout, Cline started writing in his spare time while working as a computer technician. But his first brush with Hollywood, as screenwriter for the 2009 flop Fanboys, was ‘an unmitigated disaster’.

The film, about a group of geeks who break into George Lucas’s Skywalker ranch, was co-produced by Harvey Weinstein and Kevin Spacey, both of whom have been accused of multiple sexual-assault charges and whose very public downfall prompted the #MeToo movement.

‘I didn’t experience that side of them, obviously, but they mutilated Fanboys,’ Cline shrugs. He says his characters were altered along with the storyline, rendering his original script unrecognisable. ‘It was the worst experience ever, with two of the worst people in Hollywood. I felt creatively violated.’

He wrote Ready Player One as a personal rebuke to Hollywood. ‘I wanted to have control and geek out as much as I wanted without anyone telling me what to do. I thought it probably unfilmable, but after Fanboys I buckled down and decided to write about what I knew. I was born in 1972. Pop culture is the only culture I’ve ever known. I wrote a book filled with references I hoped other people could relate to – Atari, Back To The Future, Pac-Man.’ 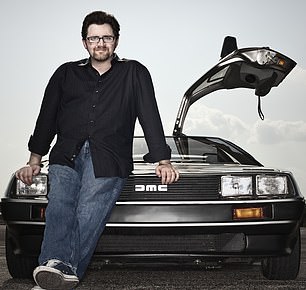 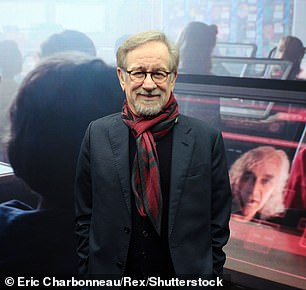 In the space of 48 hours in 2010, the book and movie rights were sold for a reported $1 million each. The novel became a runaway hit, selling millions of copies worldwide.

When he first met Spielberg, the legendary director arrived with a dog-eared copy of the book filled with 50 Post-it notes.

‘I knew then everything would be OK,’ says Cline. ‘I went from having the worst experience in Hollywood to the best.’

He has already written a sequel (Ready Player Two), but says he will likely stop at a trilogy. Does he believe we will all, eventually, shun the real world for a virtual one?

‘Before I became a writer I worked in tech support, surrounded by people who played video games all the time, sometimes at work. Some friends of mine began to feel that going online was more compelling than real life. To me, the ultimate will be when we seamlessly move between reality and virtual reality, and I believe that day is coming.’

Does he let his daughter play video games?

‘They been such a big part of my life and career that it would be hypocritical for me to stop her,’ says Cline. ‘We share it together. If she’s interested in a game, I learn it too.’

She is not, however, allowed to use social media. ‘The bullying today is on a whole different level, so I have software that limits where she can go. There’s no Facebook yet. She hasn’t even read Ready Player One.’

Cline was ‘overcome with emotion’ when he visited the film set at Leavesden Studios in Hertfordshire and saw giant, life-size ‘stacks’ of trailer homes piled one on top of the other – one of which is ‘home’ to the protagonist in his book. ‘That’s when it sank in that this was reality, that Steven Spielberg was directing my movie. It was an overwhelming moment.’

In true fanboy fashion, Cline says he only allowed himself one splurge when Ready Player One hit big – a 1982 DeLorean DMC-12 just like the one in Back To The Future, which cost him £30,000.

‘I’ve wanted to own one since I was ten years old but it seemed like a silly daydream. Now all my dreams have come true.’