‘We’re not going to apologise for having Messi’: Ernesto Valverde hails talisman as he climbs off bench to seal La Liga title in victory over Levante

Barcelona coach Ernesto Valverde refused to apologise for having to rely so heavily on Lionel Messi to solve their problems after the Argentinian scored the goal which secured an eighth title in 11 years.

Messi, rested for the first half against Levante ahead of next week’s Champions League semi-final first leg against Liverpool, came off the bench to score his 34th league goal of the season in the 1-0 victory.

Prior to his arrival Barca had laboured to impose themselves on a side just three points above the relegation zone, with former Reds midfielder Philippe Coutinho failing with three good chances.

‘Messi always takes us out of many problems, it’s clear,’ Valverde said in a press conference.

‘We’re not going to apologise for having Messi, it’s a good thing he’s with us.

‘If there has to be a protagonist and a name above the rest it is his, this is known to everyone.

‘He was clear that he had to play. We have a game on Wednesday and we have to be active.

‘I knew he was going to play at least from half-time; he made the goal in the end – he always makes goals everywhere.’ 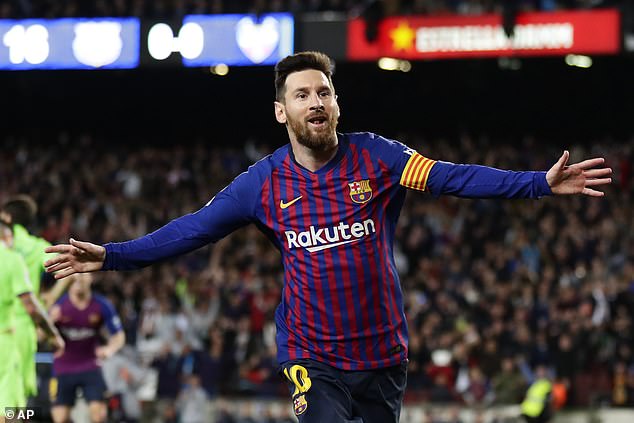 Valverde admits his side struggled with anxiety as they sought to win the title in front of their home fans for the first time since 2010.

‘We had the tension of scoring in the first half,’ he added.

‘We had chances to do it and in the second half we did not score the second and they put us under pressure.’

Valverde wanted to have the league wrapped up as a boost heading into their home game against Liverpool.

‘It is better to go into the game having won the league,’ said the Barca coach.

‘We are very confident and it is a good boost for Wednesday. We know how difficult it is going to be because Liverpool is having a great season and is a great team.’ 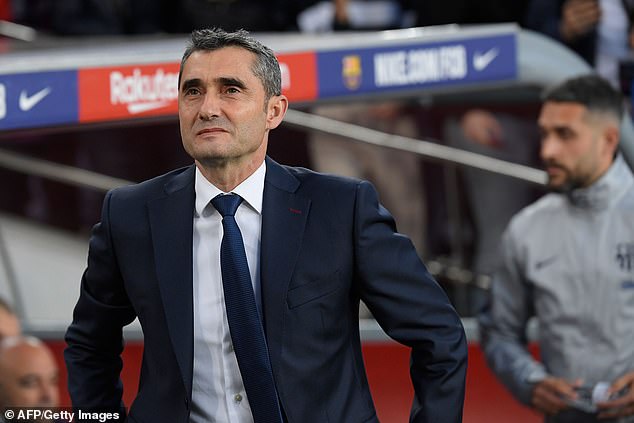