‘Booger, get out of the freaking way!’: ESPN tweaks its ‘BoogMobile’ after complaints that the sideline reporter’s mobile chair was obstructing fans’ views during Monday Night Football

A former Tampa Bay Buccaneers defensive tackle, McFarland got the nickname ‘Booger’ from his mother when he was a child

ESPN is hoping that it fixed its Booger problem after NFL fans complained that the mobile viewing chair used by sideline reporter and former Tampa Bay Buccaneers defensive tackle Anthony ‘Booger’ McFarland during Monday Night Football broadcasts was blocking their view of the field.

The BoogMobile, as it’s known, is a chair attached to a vehicle that drives up and down the sideline during Monday Night Football games and gives McFarland a bird’s-eye view of the field. Before the season, ESPN anticipated that McFarland would block fans’ views, so the network attached a television monitor to the back of the chair, to give everyone an idea of what they were missing.

The problem was that the monitor showed the game on a slight delay, so fans that paid premium prices for seats in the lower bowl were understandably upset by the situation. 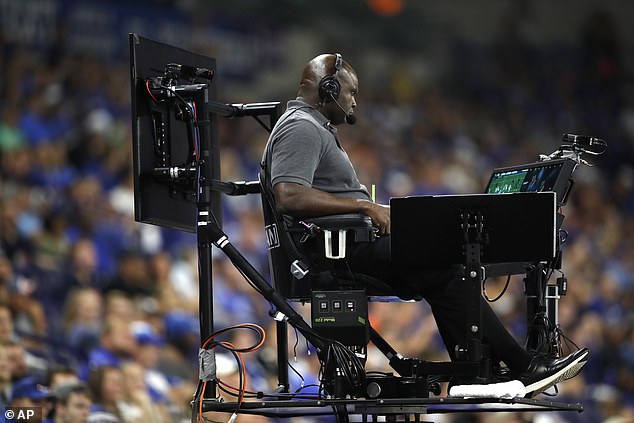 ESPN thought it was solving a problem by attaching the monitor to the back of McFarland’s ‘BoogMobile,’ but the game was shown on a tape delay, so fans were less than thrilled 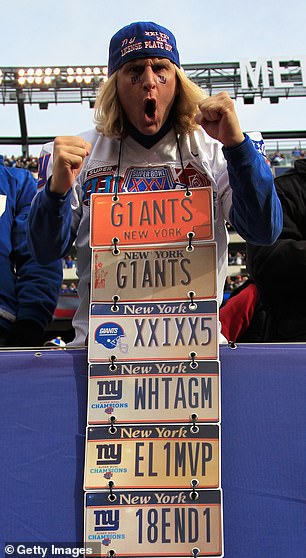 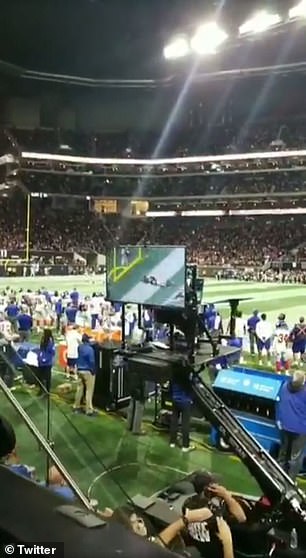 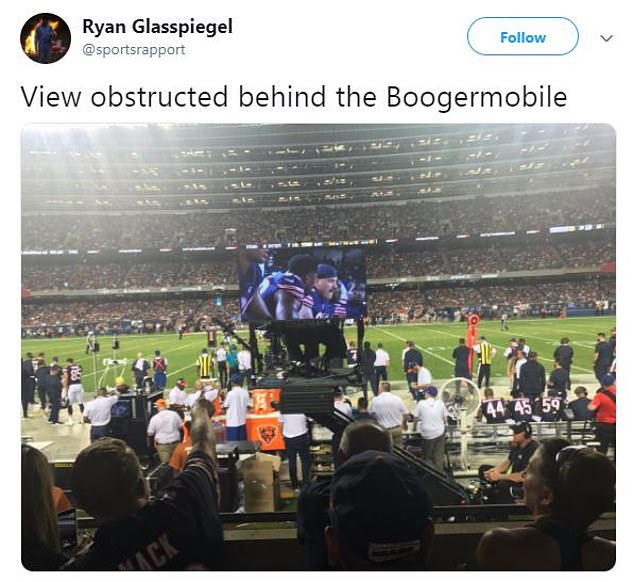 During Monday’s game between the New England Patriots and Buffalo Bills, however, that monitor was replaced with transparent plexiglass. 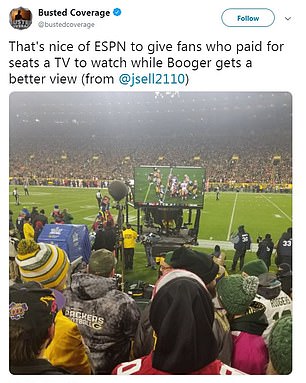 ‘Can’t say I didn’t have a good view of that freaking shot right there,’ Ruback tweeted during the Giants’ loss to the Atlanta Falcons on October 22. ‘Ridiculous. Booger, get out of the freaking way!’

McFarland is in his first season on Monday Night Football, and his presence has generated a few notable moments – specifically when he confessed to urinating on his uniform during games.

As mischievous child, McFarland’s mother and sister began calling him ‘Booger’ and the named followed him to Louisiana State and on to the NFL.