Eugenie Bouchard makes the most of holiday in Ireland

Eugenie Bouchard has travelled the world as a professional tennis player but one place that isn’t as familiar to her despite having family there is Ireland.

Bouchard has got used to playing in the warmer climates of the United States and Australia but this past week she visited Ireland.

The 23-year-old didn’t qualify for the WTA Finals in Singapore this year and while that was disappointing she seemed happy enough on Thursday. 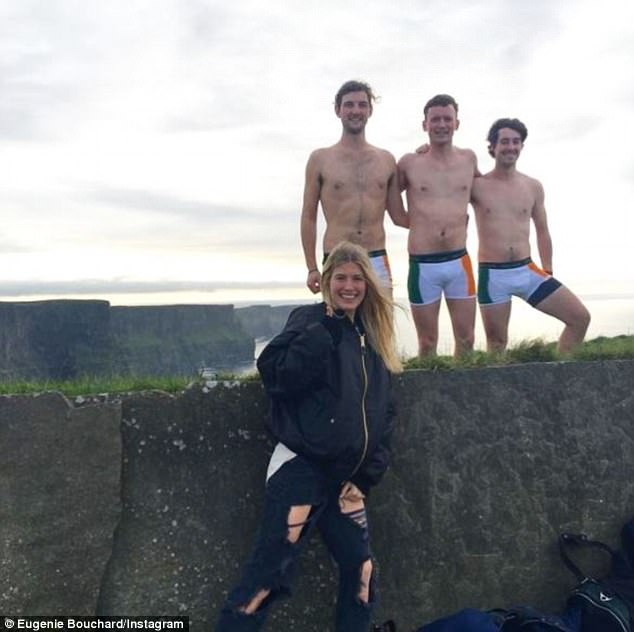 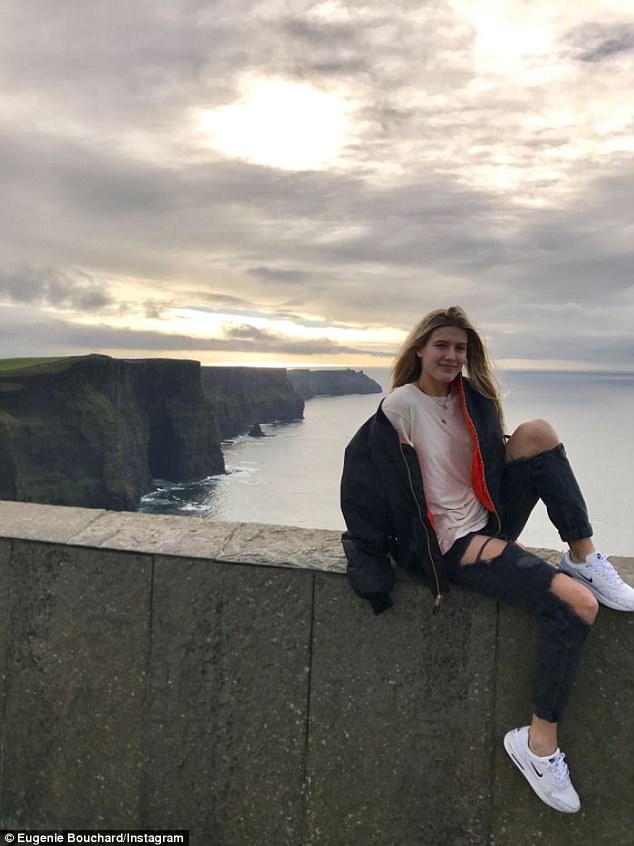 The world No 81 has posted a number of pictures of herself over the past few days, with the most recent snap coming from Galway.

‘I’m so happy to be in Ireland,’ she wrote on her Instagram page.

‘I’m 1/4 Irish and have lots of family here, so I can’t believe I’ve never been! Met some of my lovely relatives in Cork today and will spend a few more days travelling around this beautiful country. So country.’ 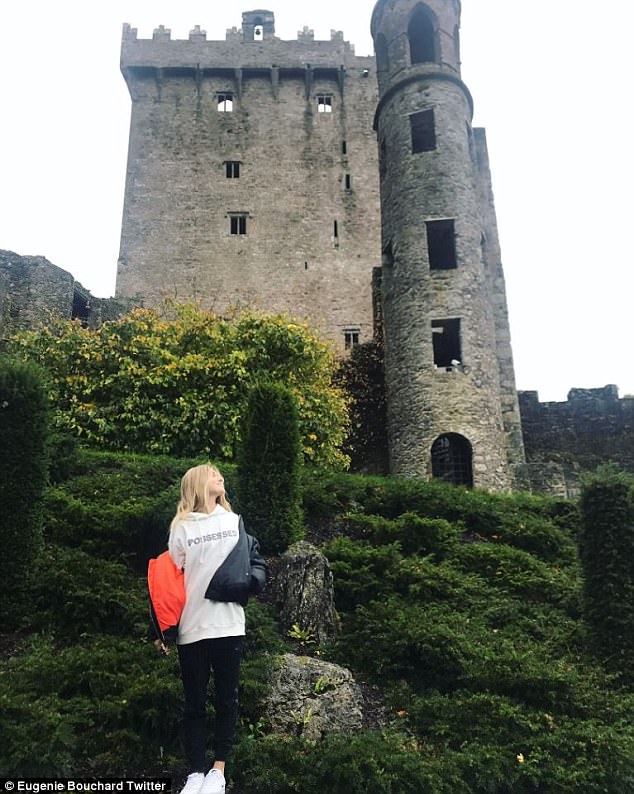 Earlier this week, the 23-year-old visited Blarney Castle, where she kissed a Blarney Stone 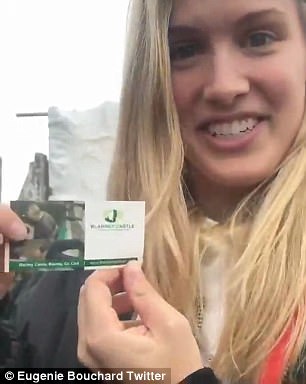 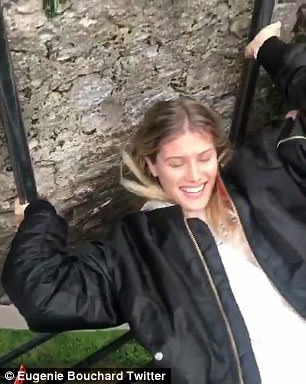 Her travels have also taken her to the Cliffs of Moher in County Clare where she met three men in their boxers.

‘Saw these guys taking a pic and I couldn’t help myself, had to jump in and photobomb,’ she captioned the image.

On Tuesday, Bouchard visited Blarney Castle and posted a video of her kissing the Blarney Stone.

Not forgetting the real reason for her trip – visiting her family – she also uploaded a picture of her granddad in County Kerry. 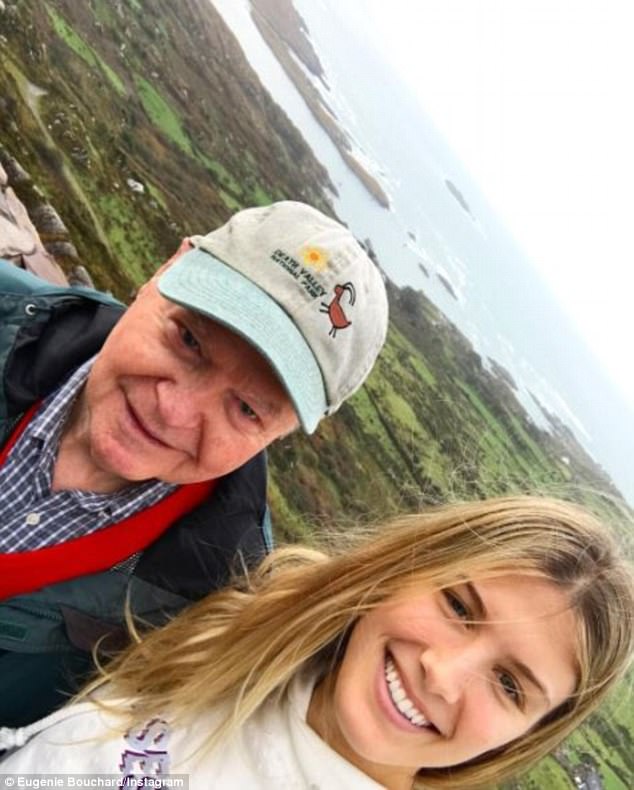 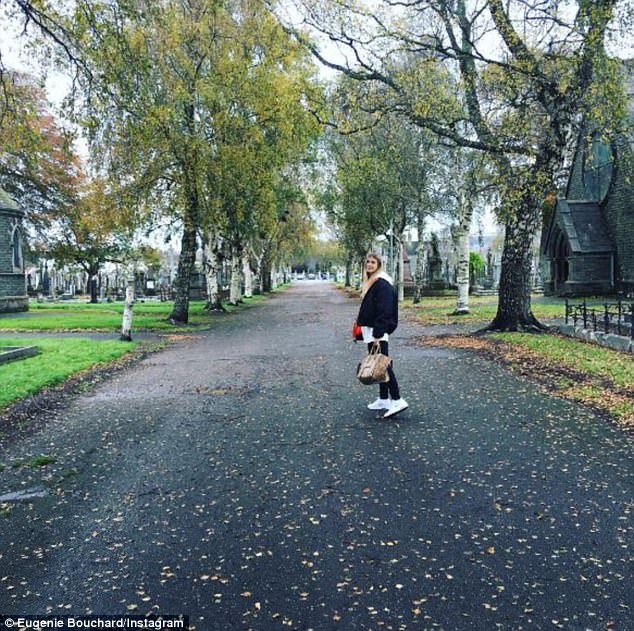 As of 6pm on Thursday, the tennis player was driving around Galway, while playing Ed Sheeran.

No doubt Sheeran’s song, Galway Girl (not Steve Earle’s brilliant The Galway Girl) was the real inspiration behind that particular choice.

It won’t be long, however, before she is back on court preparing for the Australian Open in the New Year.

Indeed, she has good memories of Melbourne. In 2014 she reached the semi-finals before she was beaten by Li Na, the eventual champion. 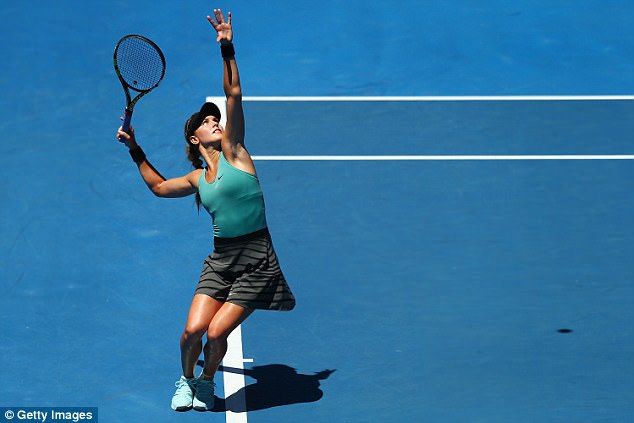 Bouchard will soon be back on court, however, as she prepares for the Australian Open 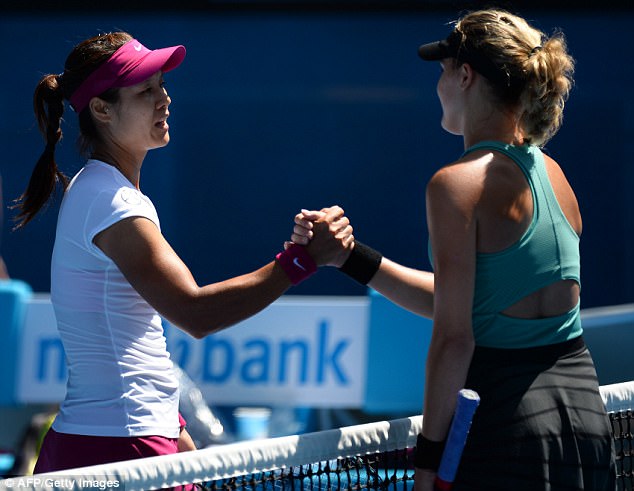