Euro 2020: Benjamin Pavard knocked out for France during win over Germany

Benjamin Pavard says he was ‘a little knocked out’ for 10-15 seconds after a heavy collision in France’s 1-0 win over Germany.

The defender crashed into Robin Gosens and had to receive treatment from medical staff for several minutes while play was halted.

Astonishingly, Pavard was then allowed to continue playing and saw out the rest of the game with Les Bleus hanging on to win. 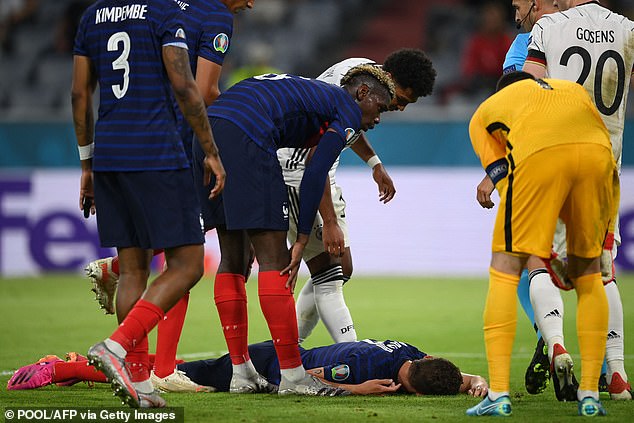 Afterwards, he told BeIn Sports: ‘I was a little knocked out for 10 to 15 seconds. After that, it was better.

‘It’s true that we came across a good team from Germany, which had possession, but we had a very good game defensively and offensively, and we were united.

‘We feel good. Physically, we will gain even more power. It bodes well for the future.’

A number of fans took to social media, calling for the 25-year-old to be substituted over fears that he has sustained a concussion.

The collision was a sickening one and the replay showed Gosens’ knee had connected with Pavard’s head. 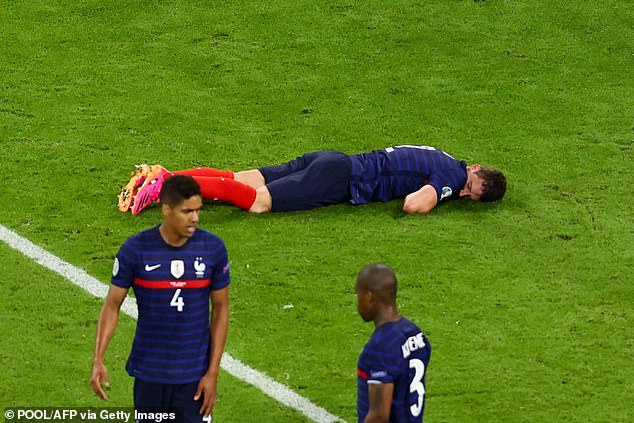 Incredibly, Pavard was allowed to play on despite suffering an apparent concussion 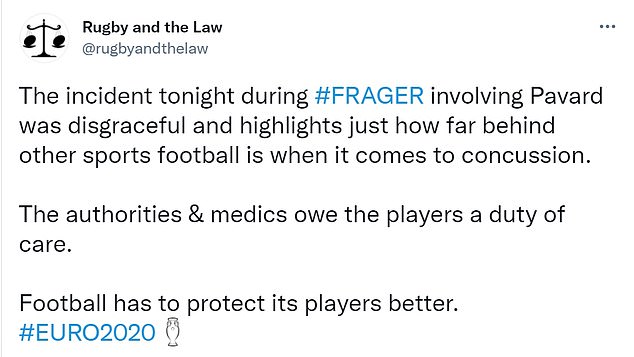 The way football handles concussion has been an increased talking point over the last 12 months, particularly given the growing evidence linking higher rates of dementia in former players to their careers as footballers.

Sportsmail have played a key role in the push for football authorities to treat the issue of concussion more seriously.

Earlier this week, every team at the Euros signed a ‘concussion charter’ that pledges to improve the care of players.

It includes neurological baseline testing and access to in-match replays for doctors to review incidents. 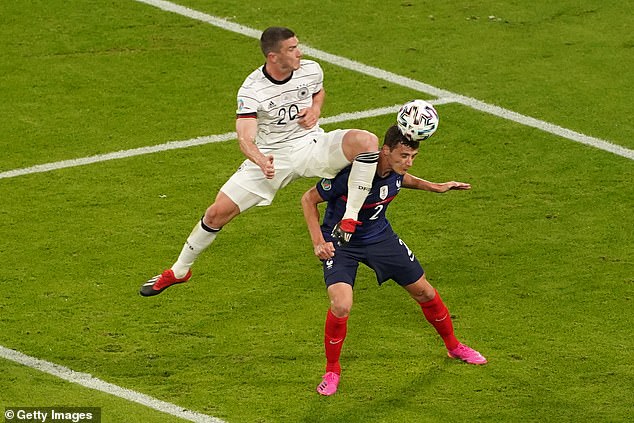 The world players’ union, FifPro, has called for a robust ‘world class concussion protocol’ to be adopted by all teams and organisations that would enforce a gradual return to play policy over six days and trial temporary concussion subs.

As it stands, only England, Holland, Portugal, Japan and the USA have trialled concussion subs and UEFA decided against implementing it during the Euros.

They were however permitted at the under-21 championships in Hungary and Slovenia this year.