Joachim Low caught sniffing his fingers AGAIN as camera cuts to the Germany boss just as he raises his hands to his face during France loss… as fans believe they’ve seen a repeat of infamous Euro 2016 moment!

Some incredulous fans caught Joachim Low up to his old tricks on Tuesday as the camera panned to the Germany manager sniffing his fingers once again!

Footage of World Cup winning head coach Low putting his hands down his trousers  and then raising his hands to his face went viral at Euro 2016.

Five years on, onlookers on social media think they caught Low doing the same, as pictures emerged of the 61-year-old raising his fingers up to his nose again in the dugout during Germany’s 1-0 loss against France. 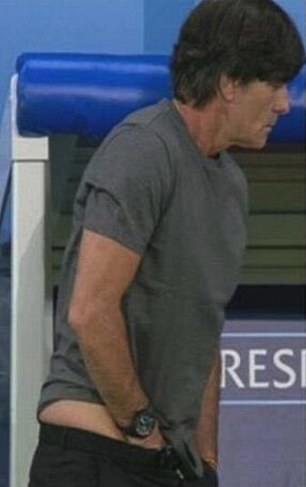 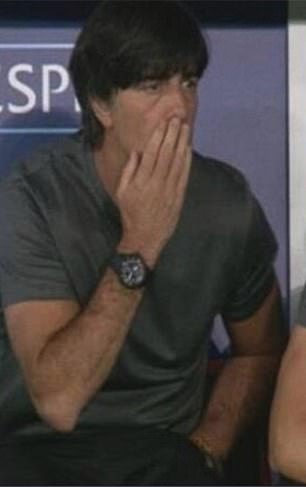 Mats Hummels’ first-half own goal was enough for world champions France to beat the Germans on home soil, though Low’s side did have chances in the second-half in Munich.

Yet Low’s repeat of the infamous footage which went viral five years ago was what got many fans talking on Twitter during and after the contest.

One simply asked: ‘Why does Joachim Low always sniff his fingers?’

A few other users joked at Low’s actions whilst his side were trailing, with one saying: ‘Joachim Low had a few sniffs but no goal yet,’ and another ‘Germans still in with a sniff here. Well Joachim Low is.’

The moment which went viral five years ago was during Germany’s opening group game at Euro 2016 in France. 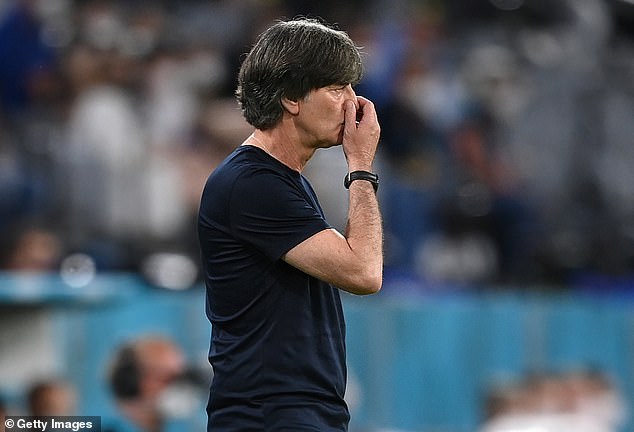 The Germany boss will hope his players’ performances  on the pitch are the main talking point after their next Euro 2020 match in the ‘Group of Death’ – they face defending champions Portugal on Saturday.

Low will step down as Germany boss after 15 years in the job following this tournament, with ex-Bayern boss Hansi Flick to take over.