EXCLUSIVE: Jesse Lingard is CUT from England’s Euro 2020 squad by Gareth Southgate, after Mason Greenwood pulled out and with Trent Alexander-Arnold also facing the chop in today’s big reveal

By Sami Mokbel and Sam Blitz For Mailonline

Jesse Lingard is set to be a shock omission from today’s England Euros squad.

Mason Greenwood is also out of the squad through injury, while Trent Alexander-Arnold, James Ward-Prowse, Ben White, Aaron Ramsdale and Ben Godfrey are also sweating on their places.

England manager Southgate will trim his provisional squad from 33 to 26 on Tuesday afternoon, with the Three Lions boss holding a press conference at 6pm. 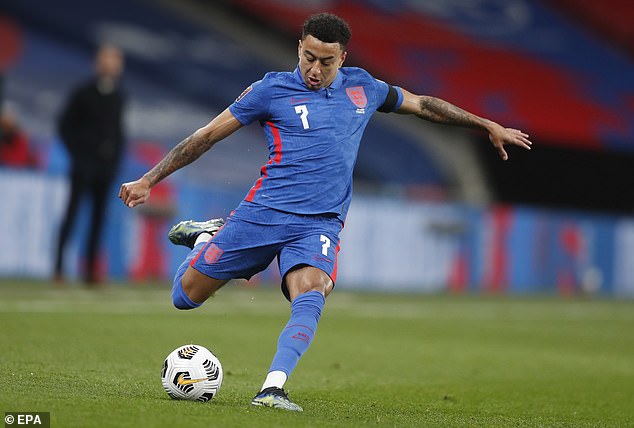 United midfielder Lingard, who spent last season on loan at West Ham United, earned his place back into Southgate’s England squad in March after some terrific form in the second half of the Premier League season.

The 28-year-old’s form earned the Hammers a place in the Europa League next season via a sixth-placed Premier League position – with the midfielder netting nine goals in 16 games.

But Lingard has not been deemed as vital enough to make Southgate’s final squad for the European Championships – with England’s campaign starting on July 13.

Meanwhile, Manchester United winger Greenwood came into the summer tournament in terrific form with six goals in his last eight Premier League matches and looked set to provide Gareth Southgate with another option in attack. 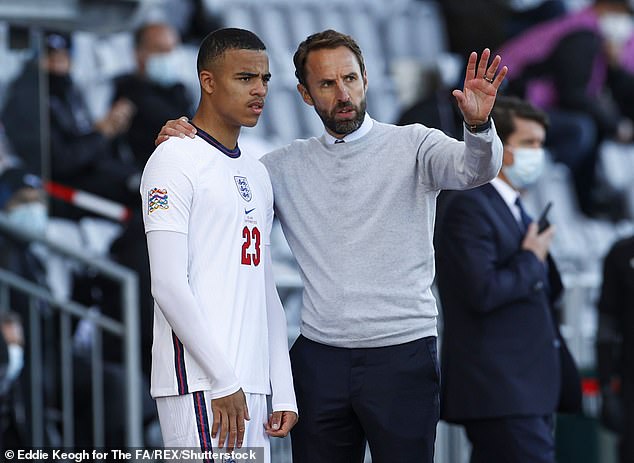 But Manchester United have released a statement that the 19-year-old will not take part in the summer tournament due to an injury that kept him out of the Under-21s European Championships in March.

A statement from Manchester United read: ‘Mason’s club appearances were managed carefully to maintain his availability through the intensive 2020/21 Premier League and Europa League schedules.

‘But a further spell of tournament football would not be beneficial and Mason will remain at Manchester United to recuperate and prepare for pre-season training.’

News of Greenwood and Lingard’s omission will be good news for the likes of Ollie Watkins, with the Aston Villa striker previously deemed an outsider for the final Euros squad. 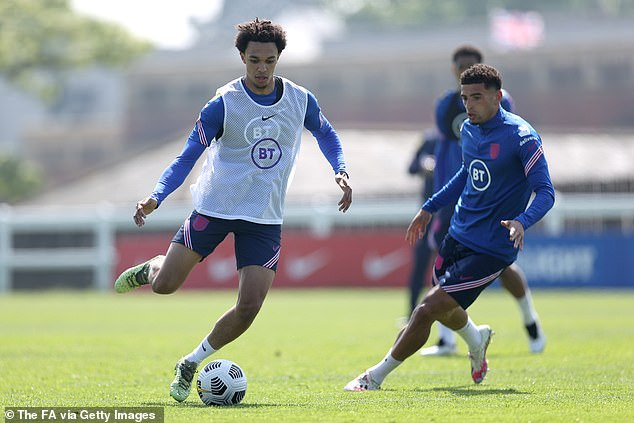 Meanwhile, Liverpool defender Alexander-Arnold faces a nervous wait to find out if he will make the 26-man squad announced later on Tuesday.

The 22-year-old was left out of Southgate’s England squad for March’s World Cup qualifiers but was named in the 33-man provisional list revealed last week.

Meanwhile, Southampton midfielder James Ward Prowse is another considered to be on the brink of being booted out of the squad.

Southgate is waiting for injury updates on Liverpool’s Jordan Henderson, who has not played since February, and Leeds star Kalvin Phillips – who was injured on the final day of the Premier League season.