Eagle-eyed football fans have spotted Roy Keane ‘doing a Ronaldo’ in a picture taken next to his old rival, Patrick Vieira.

The duo joined fellow pundit Ian Wright and host presenter Mark Pougatch for ITV’s coverage of France’s 1-0 victory over Germany and gathered together for a group picture afterwards, which Pougatch tweeted.

Amid an array of replies congratulating Pougatch and Co for the standard of their coverage, a few fans noticed Keane had risen up on his tiptoes for the picture – where he is stood next to Vieira,

Eagle-eyed fans spotted Roy Keane ‘doing a Ronaldo’ in a picture taken next to his old rival, Patrick Vieira after they appeared on ITV’s coverage of France v Germany 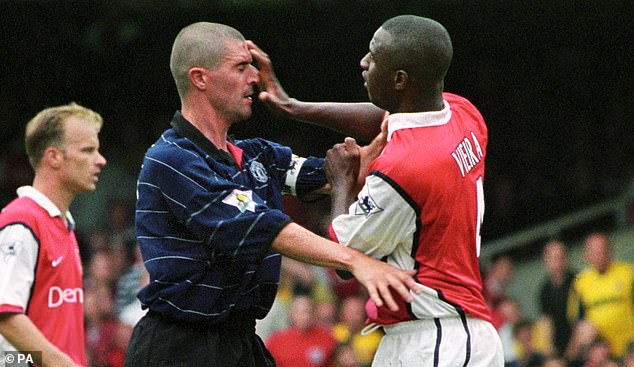 Keane stands at around 5ft 8, where as Frenchman Vieira is 6ft 2.

It inevitably drew comparisons between Keane and his former Manchester United team-mate Cristiano Ronaldo, who has previously been seen going on tiptoes for squad photos before kick-off.

Other fans loved to see that the rivalry still existed between Keane and Vieira, albeit in a far friendlier tone than what was seen during their playing days.

‘Roy Keane on tip toes – still at the mind games,’ wrote one fan. Another said: ‘Roy Keane getting his shoulder across big Patrick, the man is instinctively jockeying for position’ alongside a crying with laughter emoji.

Somebody else said: ‘Roy Keane intimidated by Vieira’s height… subtle continuation of the rivalry of yesteryears.’

Keane got a little bit of mocking from fellow pundit Wright during the coverage, with Wright joking that his jumper had a ‘captain’s armband’ on it.

Having analysed France in depth, Pougatch went on to introduce a new segment on the show by saying: ‘Wales need their captain… the man who wears the armband.’ 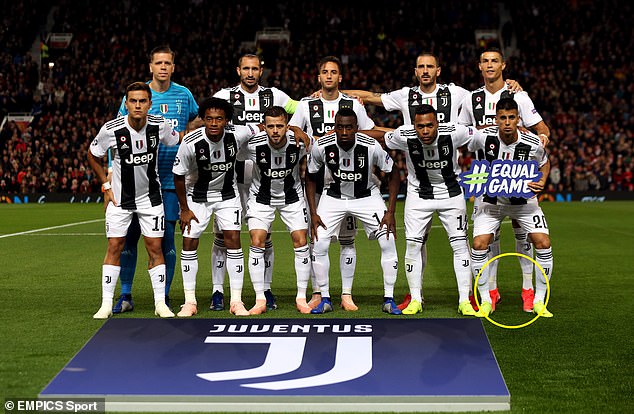 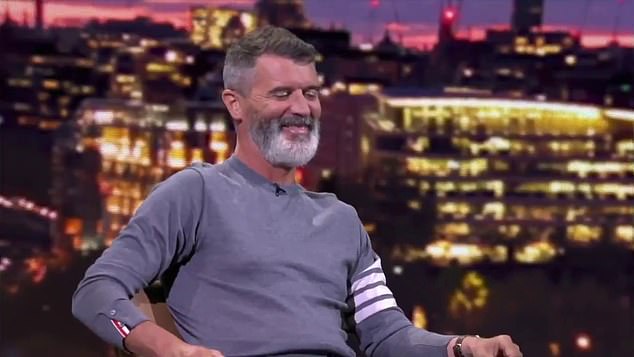 Wright was quick to interject, saying: ‘Like Roy is, look, he has to keep his armband on his jumper.’

Wright, Pougatch and Vieira all erupted into laughter before the former Arsenal player added: ‘I like it, though, I like it.’

Pougatch added: ‘Two captains, one armband’, before Wright finished the joke off by saying: ‘He’s letting us know he’s a captain.’

Keane did not offer a response but took it in good jest and couldn’t help but smile at his fellow pundits comments.