Euro 2020: There have been EIGHT own goals already… so, whose was the WORST?

There have been an incredible eight own goals scored at Euro 2020. Let’s just put that into perspective.

Including those eight, there have only been 17 own goals in the history of the European Championship. Even accounting for the growth of the number of teams in the tournament over its 16 editions, that is a quite remarkable statistic.

How about this one then: the eight own goals scored this year matches the eight scored between 1996 and 2016, when six tournaments each comprising of 16 teams were played.

Even if no more own goals are scored in the knockout stages, Cristiano Ronaldo will do well to catch ‘Own Goal’ in the race to be top scorer, with the Portuguese forward three behind. Behind him there are five players on three goals.

While it is sadly unlikely that UEFA will hand the award to the scorers of those own goals, the glut of clangers has inspired a competition of its own. So, whose was the worst? From Hummels’ hammer to Dubravka’s dolly Sportsmail counts them down…

Not every own goal is a comedy, and some don’t even appear to be own goals at first glance – as was the case here. Kai Havertz looked to have beaten Dias to Robin Gosens’ cross to equalise for Germany, but closer inspection showed the ball deflected into the bottom corner off the Manchester City defender. 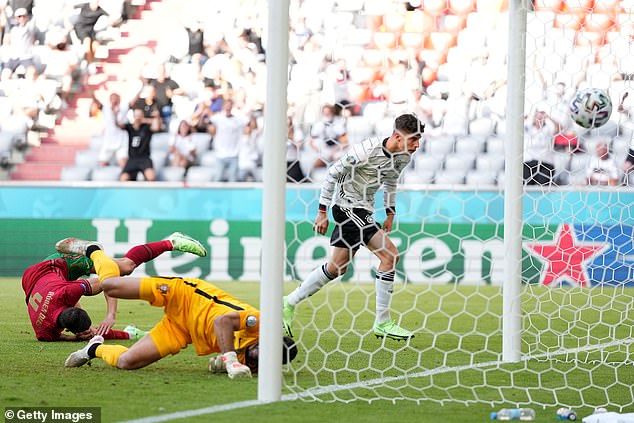 Slovakia’s hapless 5-0 defeat by Spain on Wednesday night was book-ended by own goals, with Kucka rounding off the scoring. If we’re being harsh, he should have tried to clear Pau Torres’ header off the line with his weaker left foot, but he had next to no reaction time as Martin Dubravka deflected the ball into his path. 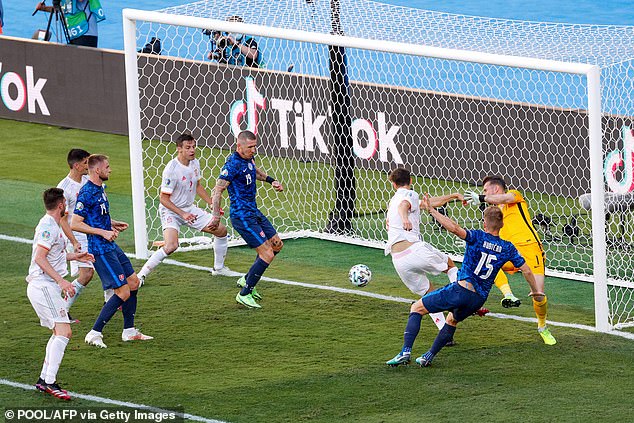 It’s hard not to feel for goalkeepers when the ball bounces off the post, hits them and then goes in, but the Juventus man really shouldn’t have been beaten at his near-post in the first place. Robert Mak’s mazy run and dribble bamboozled the Poland defence, and Szczesny was clearly expecting his low shot to go across goal. 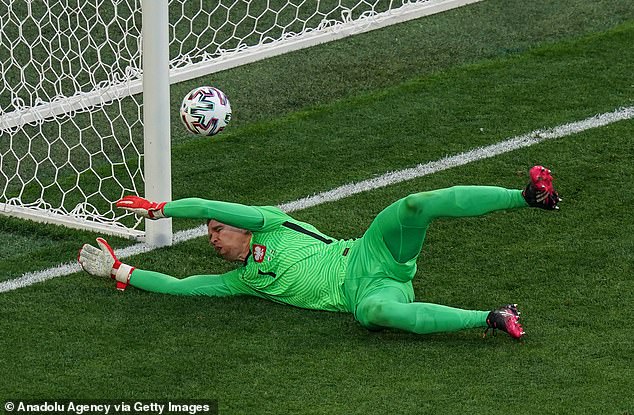 To clear a powerful, low cross a defender must try and give the ball a solid whack themselves, so it does add to the comedy value when they end up thumping the ball into their own net, as Guerreiro did here just minutes after Dias’ own goal to give Germany the lead. He had to try and beat Serge Gnabry to a tap-in though. 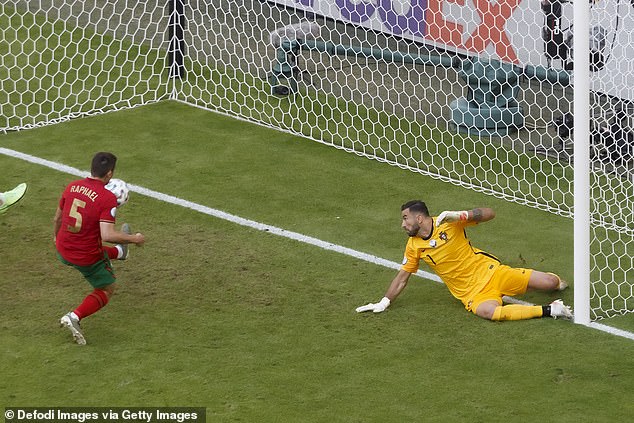 In a tournament punctuated by own goals, it’s fitting that it all started with one. This goal looked odd in real-time, and looks stranger in slow motion with the defender clearly caught in at least two minds. Domenico Berardi’s cross was hammered straight at him, and there’s a moment’s hesitation as he considers whether to swing a leg at it or even handball it, before he just lets it hit his torso and deflect in. 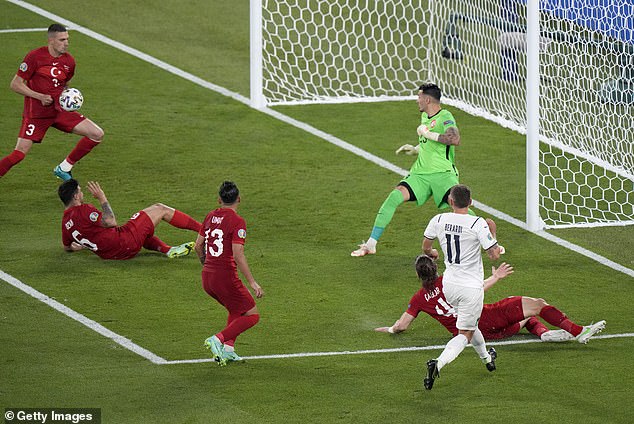 Now we enter the realms of the genuinely funny. The impressive Finland keeper looked so alert and ready to react as he watched Thomas Vermaelen’s header crash on to the top of the post. It made it all the more funny then when he merely pawed it over the line as the ball looped back towards him. 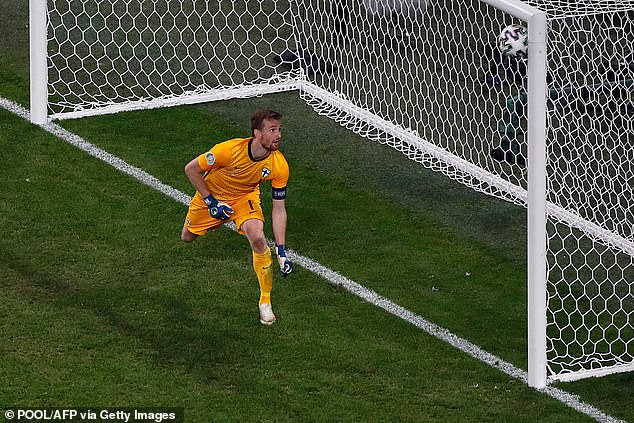 A finish most strikers would have been proud of, and one worthy of capping off a well-constructed move by France. Paul Pogba’s crossfield ball to Lucas Hernandez was perfect, as was the full-back’s first-time ball towards Mbappe, who was lurking behind the veteran German defender. Hummels probably had enough time to expect him to clear it, however, so it was a surprise to see him hammer the ball into the top corner. 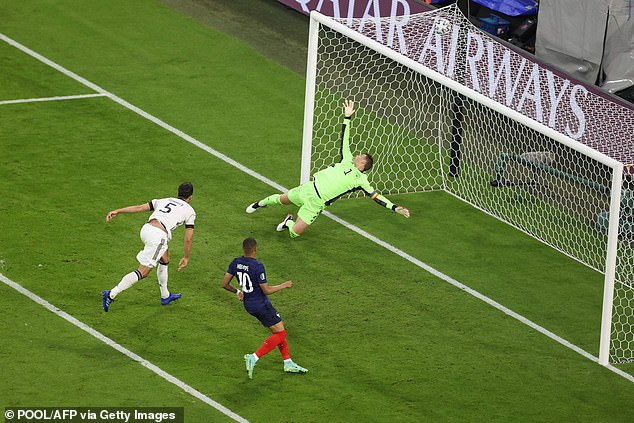 We surely have an undisputed No 1 here. Dubravka’s own goal will be written into Euros folklore – and is surely one of the worst ever in major tournament history. Pablo Sarabia’s effort rattled the bar and sent the ball looping up into the air. As players converged, with the Newcastle keeper in the middle, we were all full expecting to see him knock it over the bar in a routine piece of work. Instead, with the ball coming out of where the sun met the shadow on the stadium, he jumped up and slam-dunked it into his own net. Hilarious – unless you’re Slovakian. 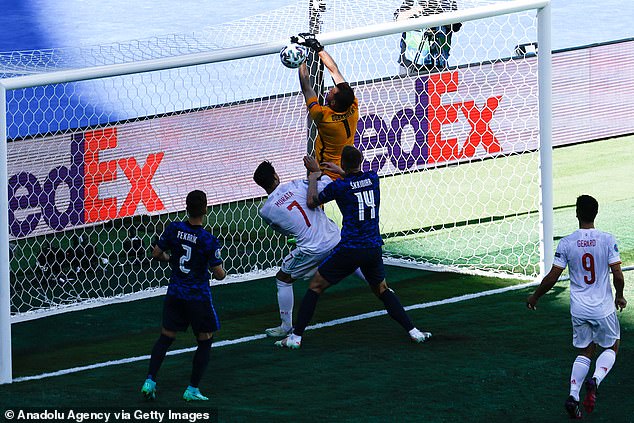