There have been times in the past three weeks when football has provoked the joy you would expect in a player as extraordinarily talented as Gareth Bale.

The baking hot afternoon when he set the sprinkler on his team-mates in Baku. The sublime evening when he and his old friend Aaron Ramsey took Turkey apart together.

And the moment, an hour before kick-off on Saturday, when he stood with Ramsey and Chris Gunter in the shade of the Johan Cruyff Arena pitch, taking in the sheer majesty of the place. Clips of Euro 2016, which Wales took by storm, were playing on the stadium screens at the time.

Gareth Bale starred for Wales once again in a tournament, leading his nation to the last-16 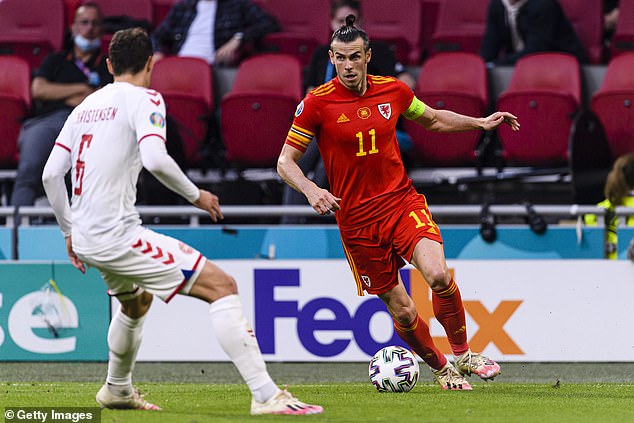 As the dust settled on a brutal 4-0 loss to Denmark, the question is whether Bale has the will to venture back into the club world, which provides fewer pleasures, so that he might lead Wales into the World Cup in Qatar in 17 months’ time.

He offered far more encouragement on the matter yesterday than when he walked out of his BBC interview late on Saturday, after he was justifiably asked about it.

‘People ask stupid questions all the time,’ Bale told his former Wales team-mate Owain Tudur Jones on S4C. ‘I want to continue to play. I love playing for Wales. I will play for Wales until the day I stop playing football.’

The questions are evidently only ‘stupid’ when a journalist, rather than a former footballer, asks them, though it’s easy to see why the matter is so sensitive.

Though Bale’s relationship at Real Madrid with Carlo Ancelotti was far better than with Zinedine Zidane, it can’t be said that the Italian, now back as manager, ever appreciated him in a way that gave his talents full rein. 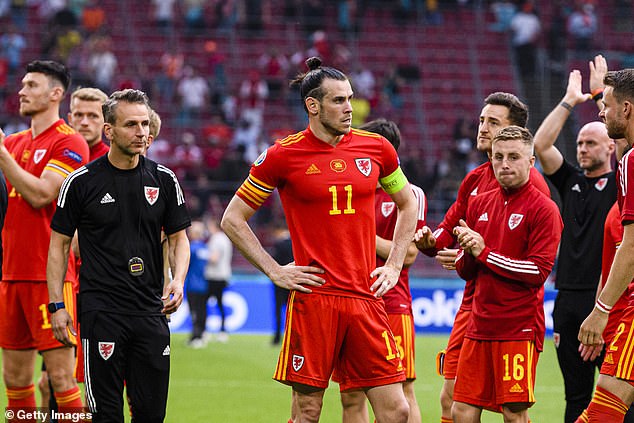 When Rafael Benitez arrived at the Bernabeu after Ancelotti’s sacking in 2015, he immediately took to Bale and played him more centrally, after Ancelotti moved him out wide to satisfy Cristiano Ronaldo. But when he was moved inside, Ronaldo asked Benitez: ‘Why are you putting him there? He’s standing in my space.’

Bale’s return to Tottenham last autumn brought the suffocating negativity of Jose Mourinho, and now they seem unable to recruit a new manager. So he will head back to Madrid, a club who would sell or loan him out if anyone agreed to pay either a fee or his wages of £600,000 a week.

But no-one will. When Real asked Chinese club Jiangsu Suning for a transfer fee, a deal fell through, and that was much to Wales’ benefit in hindsight.

Bale has done enough at the Euros and at the end of the last Premier League season to show that, at 31, he is by no means finished if he can find a manager at the right club to motivate and use him. Only by playing every week will he remain fit.

Welshman Adam Owen, who was promoted to the role of Wales fitness coach by Gary Speed and worked with the team at Euro 2016, has been a key part of the effort to keep Bale fit in the past. Bale might need someone like him in Madrid to ensure he is match-ready and free of niggles. 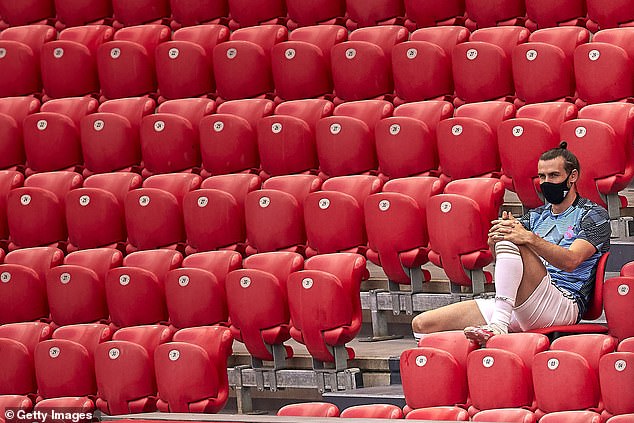 If he can find the right club, the prospect of a Wales presence at the World Cup seems distinctly possible, because their run to the last 16 has shown this team is not built on Bale and Ramsey alone.

Joe Rodon was outstanding in central defence, and Daniel James offered glimpses of an end product to go with pace. Danny Ward was Wales’ player of the tournament.

These players, along with Liverpool duo Harry Wilson and Neco Williams, all have the same question to answer: are they prepared to move if they don’t get more club football?

If they are, this new generation could work well in tandem with Bale, who is on a higher intuitive level than any of them, and with Ramsey, who began this tournament with doubts over his own fitness but was ultimately one of Wales’ top performers. 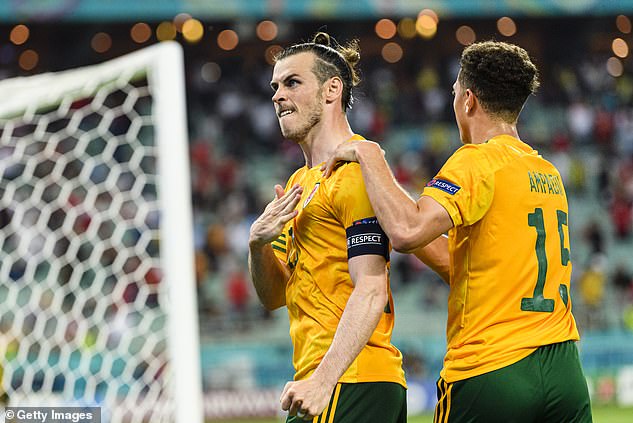 Denmark won through to the quarter-finals with tactical savvy and exhilarating football, but the physical toll taken by Wales’ journey through Baku and Rome’s heat to Amsterdam should not be underestimated. An hour in on Saturday, they looked shot.

This is what Ian Rush, who knows what it takes to win big matches, had feared in a team so short on club football. ‘If you haven’t played regularly, the first two or three games are fine, but then tiredness sets in,’ Rush said before the game.

Bale seemed optimistic about Wales’ chances of reaching Qatar. ‘I feel like we have a very good way of playing when we play well,’ he told S4C. ‘We just need to keep that confidence high, keep playing football and I think we can qualify.’ He offers up so little of himself, though, that it is hard to know how his mind works.

Is it naive to ask if he would take a cut in that huge salary to secure a move to another club? Is the prospect of leading Wales into their first World Cup for 44 years enough to keep him going, despite the disenchantment Bale seems to feel for the sport’s relentless spotlight?

Or is the temptation of putting difficult managers behind him and playing professional golf too much to resist?

The nation can only wait and hope.