Eurostar advises passengers not to travel to Paris AT ALL

Eurostar is advising all passengers not to travel through Paris today due to severe disruption caused by continuing strikes by French customs officers.

The operator had hoped that the work-to-rule protest by customs officers protesting additional Brexit checks could be resolved, but talks between officers and government officials last night broke down.

Five trains have been cancelled already and others have been delayed by more than four hours, with further disruption anticipated.

Passengers are being advised to avoid using Eurostar if at all possible, and to be patient if their travel plans can’t be altered.

‘We are advising all our customers not to travel with us. If this is not possible, please be extremely patient. Our teams are doing their best to help where/when needed,’ said the manager of Eurostar at Paris Gare du Nord, Lawrence on Twitter.

Passengers can change their tickets to a future date, at no additional charge, or request a full refund.

The operator was apparently caught off guard by the continued disruption.

Eurostar staff had been optimistic that yesterday’s talks would resolve the dispute.

‘I do not have detailed information but I was informed that talks were apparently constructive. Hence my deception this morning when I’m greeted by customs still on strike,’ tweeted Lawrence. 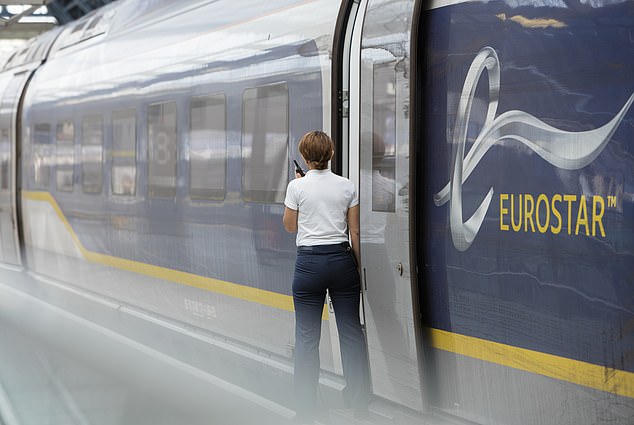 Breakdown in talks: Passengers are being advised to avoid travelling through Paris by Eurostar as five trains are delayed, others are cancelled and crowds amass at stations 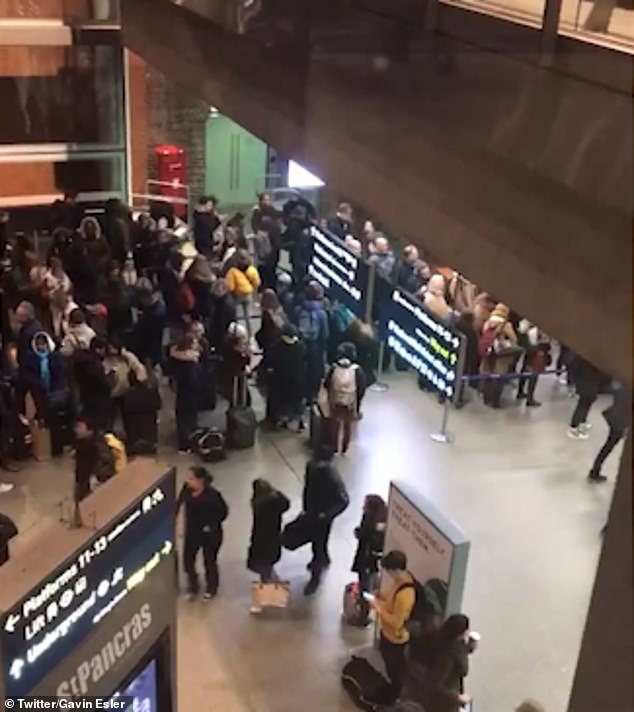 On Sunday night Gavin Esler, the broadcaster and Kent University Chancellor, tweeted a video of hundreds of passengers standing in line at St Pancras International station.

He wrote: ‘Eurostar tonight – queue out of the door – anyone thinking of going on holiday after March 29 [and assuming the Brexit “sunlit uplands” continue] might find the same.

‘But hey, we can spend hours waiting for our flights, trains and ferries looking at our new blue passports.’