Evacuees from Afghanistan arrive in Virginia to cheering crowds, as some families remain separated

Hundreds of people recently evacuated from Afghanistan stepped off of a bus outside a temporary housing center in Chantilly after arriving on a flight at Dulles International Airport in North Virginia just a day prior, with a throng of overwhelmed volunteers waiting to assist them.

Upwards of 270 refugees were flown into the US by National Airlines on Saturday, following the government’s efforts to evacuate as many as possible amidst the ongoing Taliban takeover of Afghanistan and its capital, Kabul.

However, the mad dash out of Kabul has separated many family members as the Biden Administration works to bring refugees to safety.

One man, Zamir Sultani, who was awaiting the plane’s arrival, told WUSA9 that his family had been stuck on the plane for hours, receiving little to no information regarding when the aircraft would take off and leave Afghanistan.

‘My sister is a type I diabetic, and she’s not feeling that good. They’ve been sitting there hours and waiting to get out. And my dad is a dialysis patient, and he’s also stuck there,’ Sultani said.

‘All of them are sitting in the plane, and nobody is even telling them what’s going on.’

A family member evacuated from Kabul, Afghanistan, left, is greeted by a relative as they arrive at Washington Dulles International Airport, in Chantilly, Virginia on Saturday 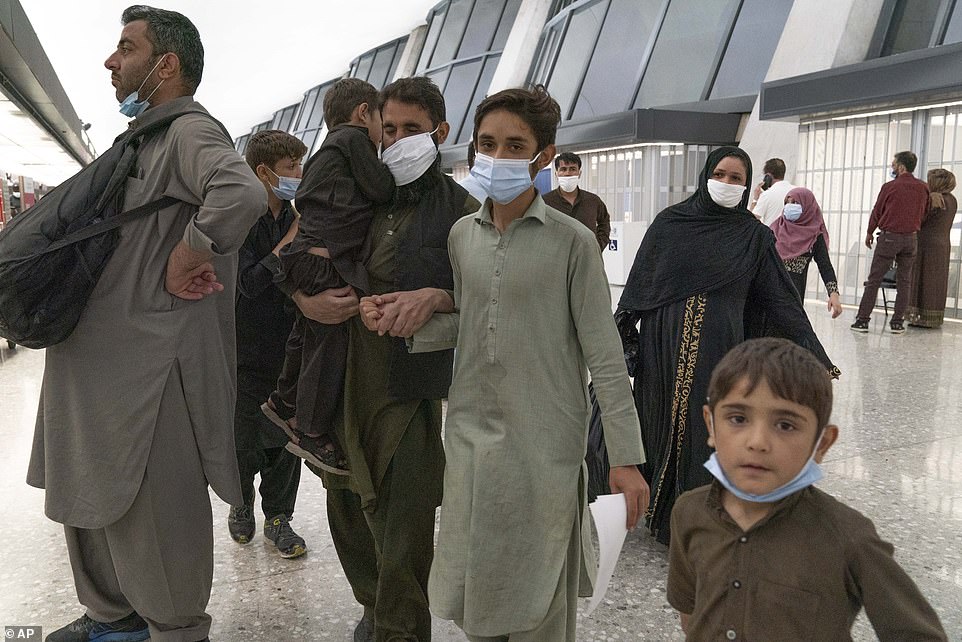 Another family arrives at Washington Dulles International Airport, in Chantilly, Va. on Saturday 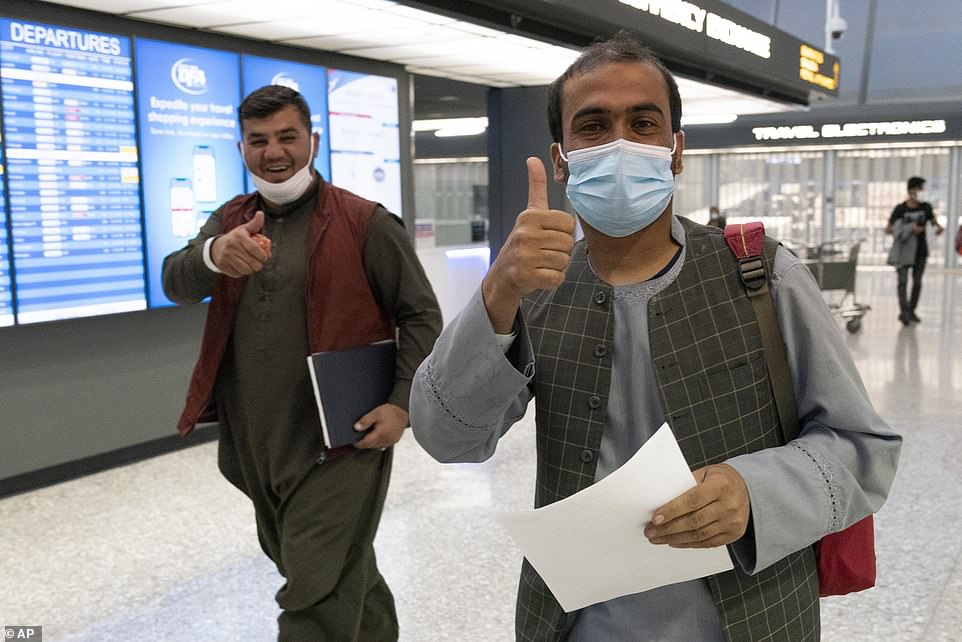 Meanwhile, housing for said refugees has been by-the-day, with NOVA Community College Annandale Campus providing them temporary accommodations on Saturday

The Afghani man revealed he had worked for the US government as an interpreter for years before coming to the United States back in 2010.

Sultani added that his family had finally reached customs as of 9:30 pm, however it would still take more time for processing before she will able to see him.

The outlet reports that another unnamed woman was also waiting for her sister, who had been on a plane from Qatar where she worked on an airbase. That woman said refugees were being lined up in a separate line at customs.

However, housing for said refugees has been by-the-day, with NOVA Community College Annandale Campus providing them temporary accommodations on Saturday. 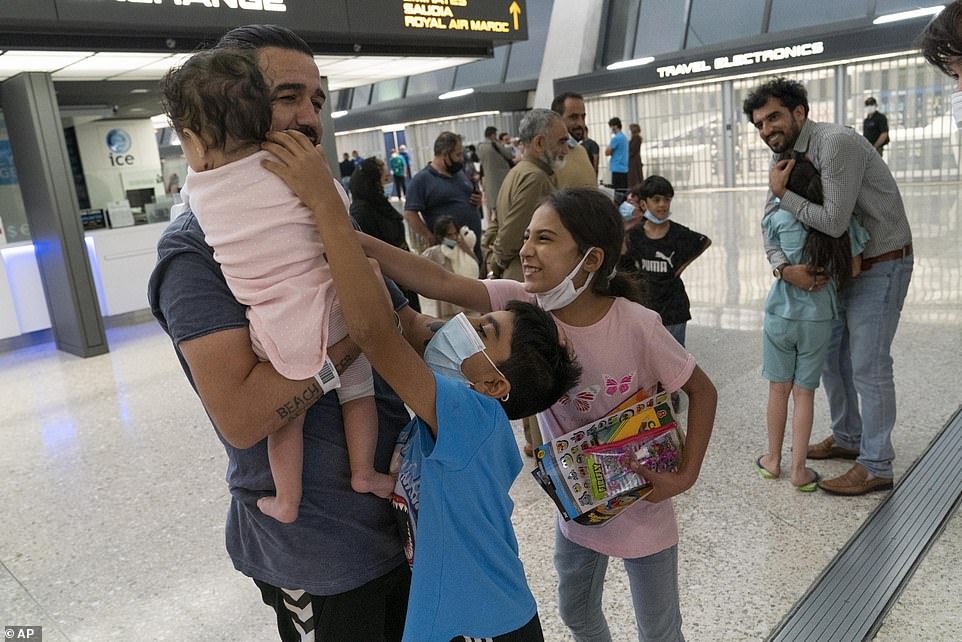 One man, Mahmood (pictured) holds his 9-month-old daughter Darya and his family, who were evacuated from Kabul 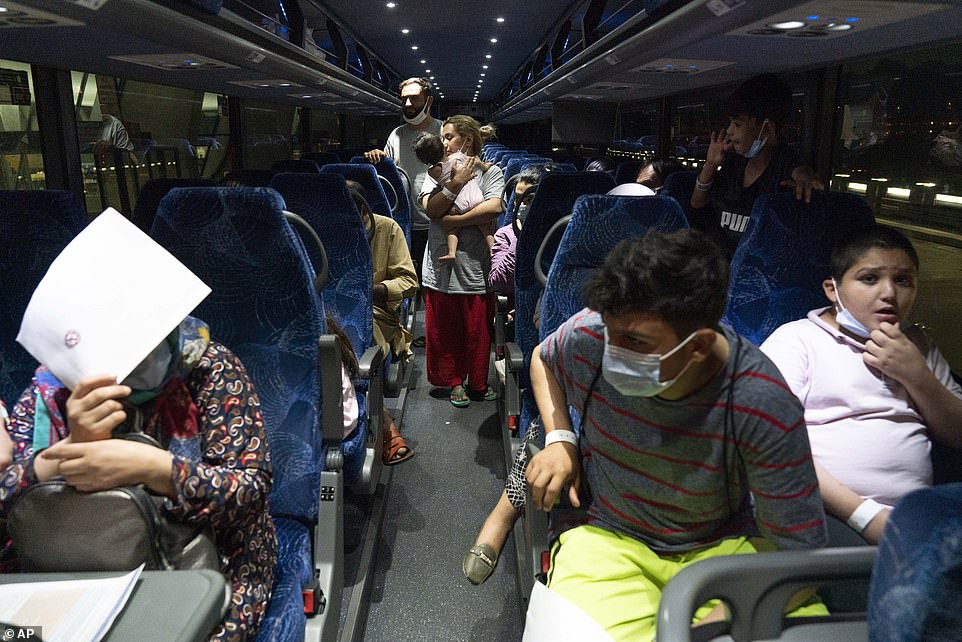 Families evacuated from Kabul, Afghanistan, are loaded into a buses after they arrived at Washington Dulles International Airport 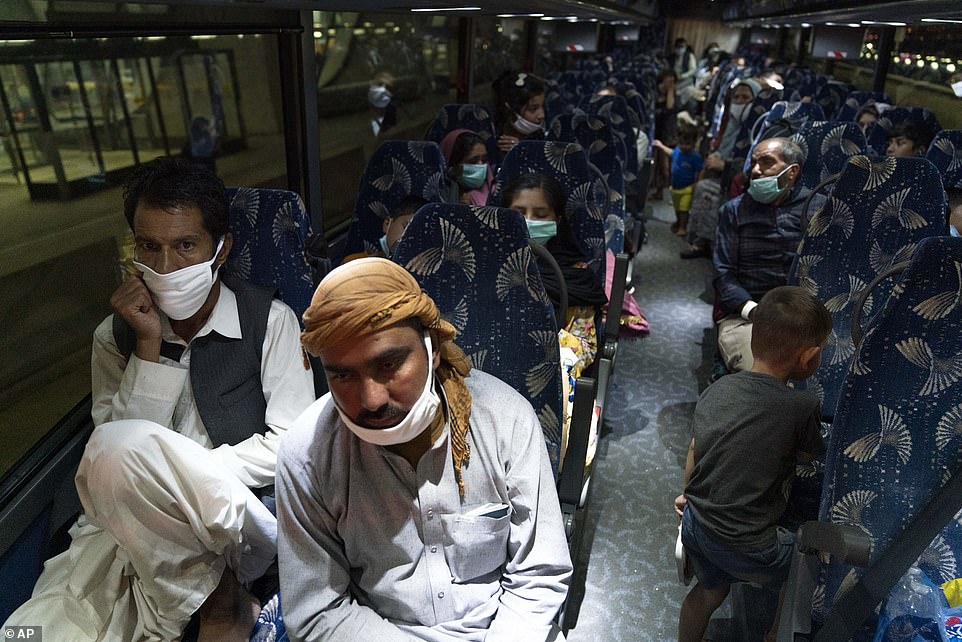 Hasina Shah, a nurse who originally emigrated from Afghanistan as a refugee in the 1980s, told the outlet that she was forced to take the first plane she could get after recently visiting her home country, leaving her family behind in the process.

‘Very overwhelming. I mean, everybody was in tears, joy, sadness, happiness, everything all at once,’ Shah said.

‘They couldn’t sleep. Most of them were very depressed. They had so many people left behind their wife. There’s a husband that was with an 18-month-old. The mother left behind. There is a 11-year-old there. But no mother. No father.’

Meanwhile, President Joe Biden revealed US forces may stay beyond his deadline of Aug. 31 during a speech on Sunday evening he tries to accelerate the operation to rescue Americans after days of chaos and crushes at Kabul airport.

He said that US forces had expanded the perimeter around the airport amid fears terrorists may seek to exploit the operation by attacking Americans or Afghan civilians.

‘Let me be clear – the evacuation of thousands of people from Kabul is going to be hard and painful,’ Biden said during a speech at the White House on Sunday. 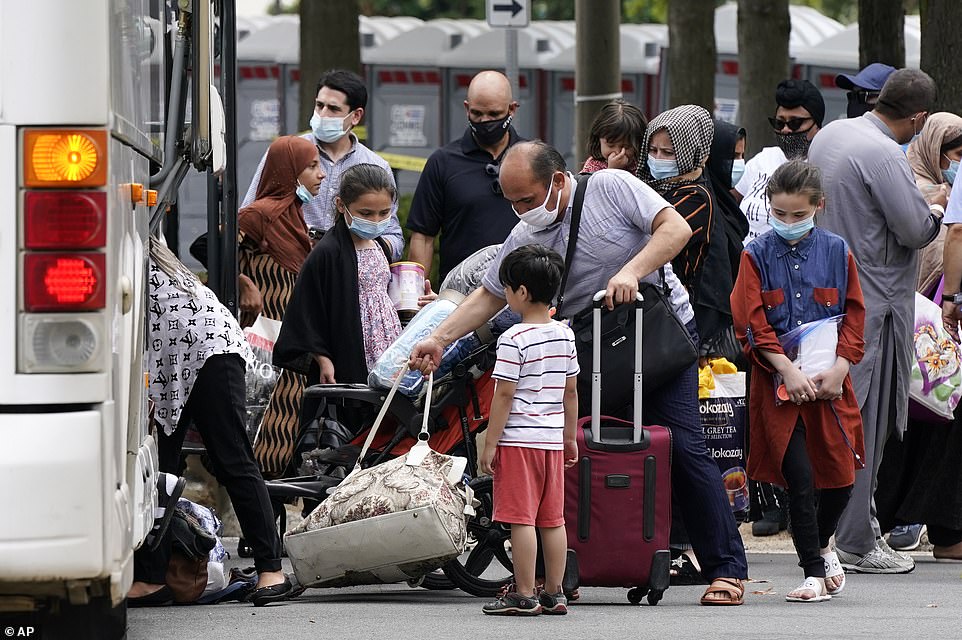 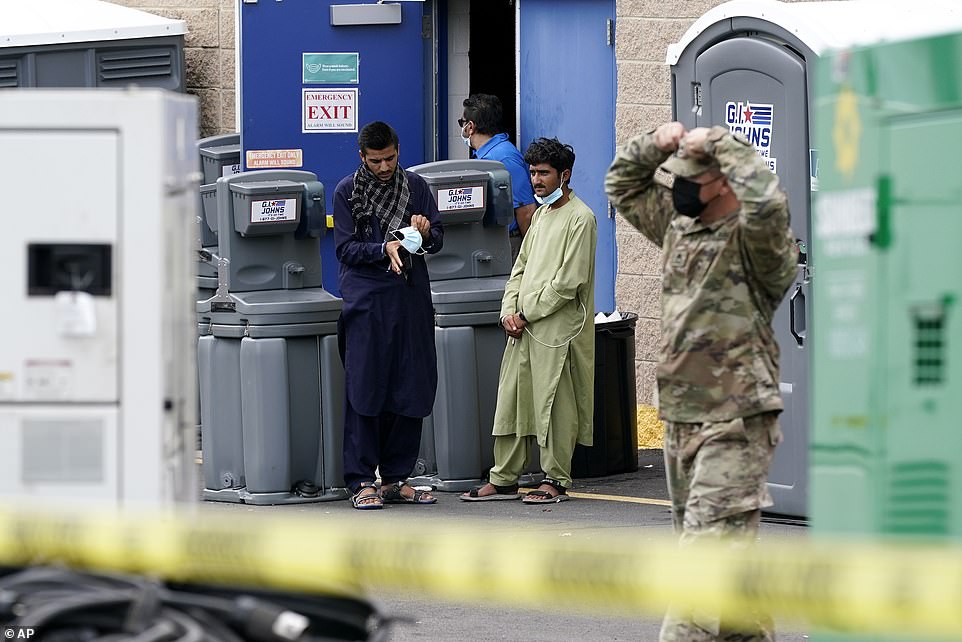 ‘No matter when it started, when we began, it would have been true if we had started a month ago, or a month from now.

‘There is no way to evacuate this many people without pain and loss and heartbreaking images you see on television.

His speech marked the latest attempt by the White House to seize control of a crisis that is rapidly turning into a humanitarian and political disaster.

Ahead volunteer at the temporary housing shelter attested the difficulty Biden spoke if, lamenting the poor record-keeping when came to refugees staying there, which is creating confusion among those volunteering to help resettle them.

The outlet reports that many refugees do not have proper paperwork for customs, having left in a rush as the Taliban stormed into Kabul on Tuesday.

The airport became the only way out of the Afghan capital after insurgents blocked off all major border crossings.