EVE SIMMONS: Why a Frosties sugar tax will not tackle childhood obesity

Throughout my childhood, my mornings began with a bowl of cereal. My older brother Sam would opt for Frosties. But I was a Coco Pops girl. What can I say? I just loved the way they made the milk turn chocolatey.

I don’t consider any of this particularly controversial. But sugary cereals that I and most of my generation grew up on have taken something of a kicking over the past few years in health circles.

They’re blamed for – or alleged to contribute to – our spiralling childhood obesity rate, followed by a lifetime of ill-health and an early death. 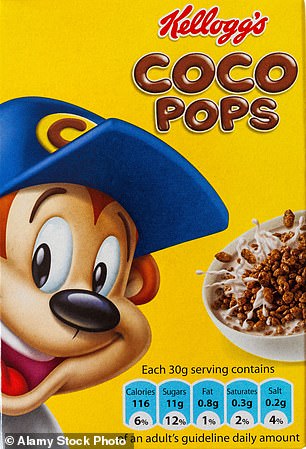 Plans for a sugar tax on food could see the price of popular breakfast cereals such as Frosties and Coco Pops increasing, hitting Britain’s poorest families

And here was I thinking it was just breakfast.

Last week they came under fire yet again, thanks to the Government’s National Food Strategy.

The 239-page dossier, written by Henry Dimbleby, co-founder of high-street fast-food chain Leon, offered some ambitious ideas – such as slapping foods with a salt and sugar tax, getting GPs to hand out prescriptions for fruits and veg, and compulsory nutrition lessons in schools. But it also took a dim view of sugary cereals.

Frosties were labelled as junk food – alongside soft drinks, crisps and chocolates. And junk food, it claimed, had hijacked the nation’s appetites, making us eat when we’re not hungry, increasing the risk of diet-related diseases. Speaking on BBC Radio 4’s Today programme following the publication of the report, Dimbleby referred to Frosties as ‘pure sugar’.

Now, I’ll admit, Mr Dimbleby and I have history (not that he knew it). I’ve never quite forgiven him for having a pop at Marks & Spencer’s Percy Pigs a few years back. He claimed M&S ‘misled’ customers with claims that the sugar-laden jellies were made with natural fruit juice. I love Percys, and I’m sure anyone with half a brain doesn’t imagine they’re a health food.

Now he’s coming for Coco Pops? OK, I don’t eat them these days – or at least, not often – but I suddenly felt the urge to buy a pack. You can’t seriously say having Frosties for breakfast is the same as sending your kid to school on a bag of Walkers Ready Salted, can you?

I invited him to spar with me on the matter on our Medical Minefield podcast – and resisted the urge to be audibly crunching through a bowl of cereal live on air. He stuck to his guns. 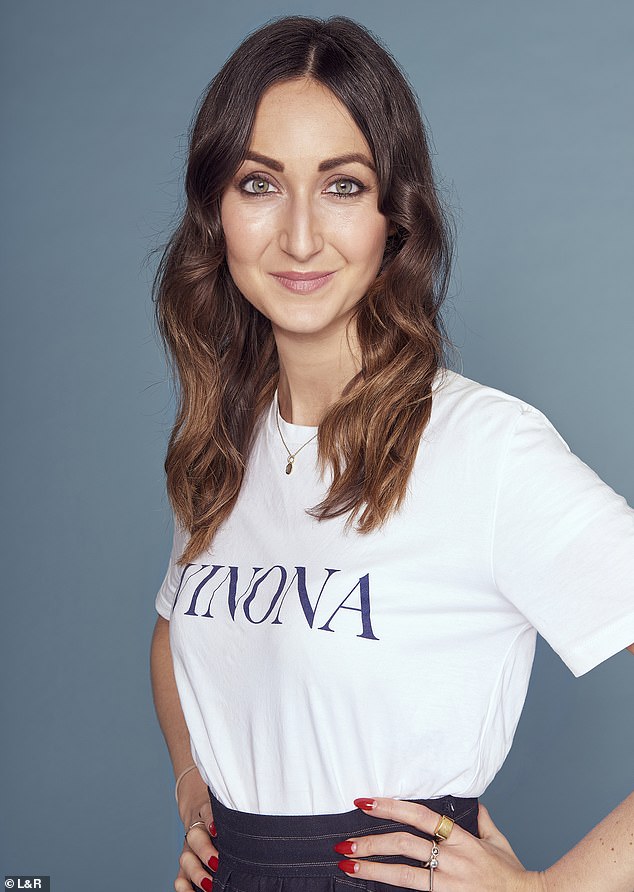 Mail on Sunday Deputy Health Editor Eve Simmons, who grew up on Coco Pops has urged the government to abandon plans for a sugar tax on breakfast cereals because of the impact they will have on the poorest in society

In the Dimbleby household – he lives in Hackney, North London, with journalist wife Jemima and their kids Dory, George and Johnny – they eat porridge for breakfast.

Henry told me: ‘If you train yourself, making it is pretty quick. It’s one cup of oats, one cup of milk, and you boil it up. Or we might have an egg with toast. None of those things necessarily takes great skill.’

Fair enough. I do like porridge, now. But I wouldn’t have touched it when I was eight.

The thing is, it is simply not the case that parents do not want to, or know how to, make their children a nutritious breakfast. Sometimes a bowl of cereal is just the easiest option, for many reasons. And it’s not a bad one. Most cereals are fortified with vitamins and you eat them with milk, which is great for us.

I’m never going to argue that junk food – not that I’d categorise breakfast cereals as such – is particularly good for us. There’s good scientific research that shows that people who eat more of these foods are more likely to be overweight, and more likely to have heart problems in later life. 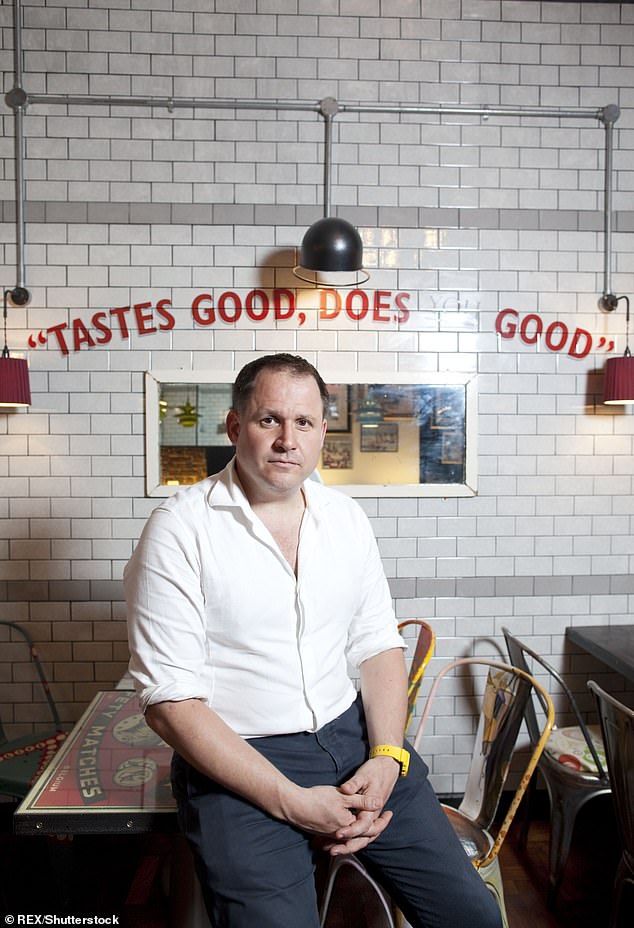 Henry Dimbleby, founder of the LEON fast food chain, pictured, has completed a dossier for the Government proposing taxes on ‘junk food’ and allowing GPs to prescribe fruit and vegetables for their patients

But when large-scale research is carried out, examining data from multiple studies, the biggest risk factor for obesity-related diseases isn’t just the food that people eat – it’s social and financial hardship. Those who are the most likely to eat almost exclusively unhealthy diets are the least affluent. This is hardly surprising.

According to a recent Food Foundation study, households with the least amount of cash would have to spend almost half their monthly wages to meet the recommended healthy eating guidelines set by Public Health England.

Multi-packs of calorific burgers and pizzas, high in fat, sugar and salt, simply offer better value for money. And as Henry pointed out when we spoke, these foods are tasty. Kids – and adults – like them, and persuading them to eat anything else can become a challenge.

Research also shows social deprivation is linked to a lack of variety in food choices: you can take two kids with near-identical, moderate junk-food intakes and the one from a poor background will be more likely to develop diabetes or heart disease in later life than the one from a middle-class background.

And this rings true. My brother and I, and just about every person I grew up with, were raised on Frosties, Coco Pops, Ribena and Bird’s Eye chicken dinners and chips.

And we’ve all made it to our early 30s without becoming obese.

Why? Because poor health is about someone’s whole life, not just what they eat. My mum, a journalist, and dad, a teacher, made sure we also ate plenty of fish, wholemeal bread and, of course, fruit and veg. We drove to Waitrose in one of our two cars to do the weekly food shop. We all ate at the table, as a family, every evening. 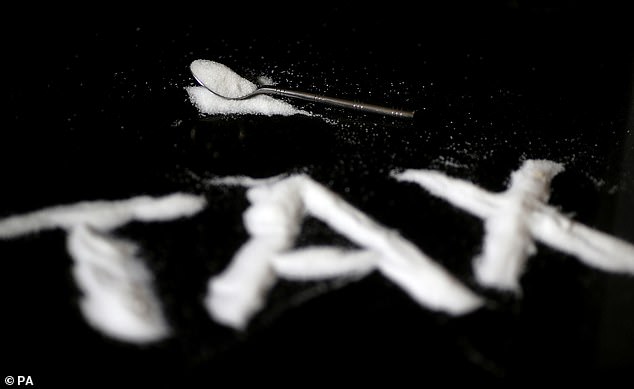 Research also shows social deprivation is linked to a lack of variety in food choices: you can take two kids with near-identical, moderate junk-food intakes and the one from a poor background will be more likely to develop diabetes or heart disease in later life than the one from a middle-class background

We lived in a nice house with a garden to play in, and went to dance classes or football practice. No one in the family smoked, or drank anything more than an occasional glass of wine. You get the picture.

If you think that it’s unusual for kids not to have these things, cast your mind back to footballer Marcus Rashford’s campaign to feed the 1.7 million children who rely on free school meals and who would otherwise have gone without during the lockdown.

Nearly one million British households don’t have a fridge, while just under two million don’t have a cooker. Studies show that roughly one in seven children go to school without having been given any breakfast at all.

In truth, there’s a lot to like about Henry Dimbleby’s plan. They’d use the billions accrued from new taxes on companies making sugary, salty foods, to fund healthy food vouchers and community kitchen projects. If they mean the taxpayer isn’t having to stump up, it could be seen as a win-win by Ministers.

On the other hand, it’ll probably end up in an unpleasant situation where you make life’s small pleasures, like a bowl of Frosties, just that bit more expensive. They might as well just have said, hey, why not just stop poor people from eating things that are bad for them by making them really expensive? OK, I’m being facetious, but you get my drift.

Dimbleby’s plan might work – although it might not sound like it, I’m ever-optimistic. But it’s not going to be the whole solution, because it’s just food.