What to read on holiday? Years ago, I interviewed the best-selling author Frederick Forsyth. Towards the end, I asked him if he would ever have read his own books if they had been written by someone else. He thought about it for a while, and then replied with a smile that he probably wouldn’t, unless he’d been caught around a swimming pool on holiday with nothing else to read.

Leaving your holiday reading to chance can sometimes pay dividends. If you are staying with friends abroad, or renting a house, it’s fun to browse through unfamiliar bookshelves and pick a book at random.

If you’re nervous of embarking on a lengthy classic, there are plenty of classics that are short and sweet

Staying in a villa in Italy when I was 18, I picked up a paperback called The Blunderer by a writer I’d never heard of called Patricia Highsmith (Virago Modern Classics £8.99). It was the start of an almost obsessive enthusiasm for her works, and an ongoing fascination with the character of the strange, driven woman who wrote them.

Flying to America earlier this year, I read a short story in a magazine by a writer new to me, called Curtis Sittenfeld. It was so good that when I arrived in New York I nipped into a bookshop and bought a book of short stories by the same author, You Think It, I’ll Say It (Black Swan £8.99). I had previously imagined that Curtis Sittenfeld was the name of a man, but from the blurb it was clear she was a woman. In these days of literary festivals and book signings and newspaper interviews, it’s refreshing to chance upon an author you know nothing about. It lets their works speak for themselves, free from the background hubbub of biographical chit-chat.

I so loved those Curtis Sittenfeld short stories that I then bought a novel by her, Prep (Black Swan £8.99), which chronicles the progress of a shy girl across four years at a swanky American boarding school. Sittenfeld writes with piercing clarity, a sharp eye for detail, and an easy instinct for plot; also, unlike so many contemporary novelists, you get the impression that she writes direct from what she has witnessed of life, rather than from watching films and TV.

A month ago, I found myself engrossed in her longest novel, American Wife (Black Swan £8.99), narrated by the wife of a well-heeled Republican, and loosely based on Laura Bush, wife of George W. It’s one of the most absorbing novels I’ve read, and full of wise insights into married life. Off on holiday to Germany next week, I’m packing another of her novels, The Man Of My Dreams (Black Swan £8.99); I’m already dreading the time when there will be no new Curtis Sittenfeld to read.

Some holiday books fall into your hands, unbidden. Others you have to search for. Often before I go on holiday, I drop into a bookshop and browse the shelves, imagining that the right book will be beckoning me over. In my experience, this works in good small bookshops, but in huge stores like Waterstones it is easy to be overwhelmed by choice. What, you wonder, are the odds against picking exactly the right book to suit your mood? You emerge a gibbering wreck, either with no books at all, or, worse, with a vast heap of books you know, in the back of your mind, that you will never get round to reading. 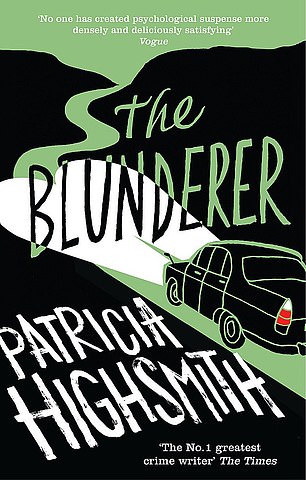 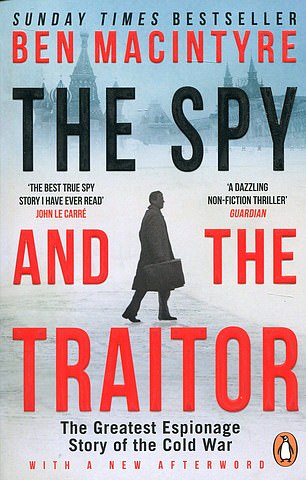 The Blunderer by Patricia Highsmith; The Spy And The Traitor by Ben MacIntyre

There’s a funny passage in Italo Calvino’s ingenious novel If On A Winter’s Night A Traveller (Vintage Classics £8.99) in which the narrator visits just such a bookshop and describes all those books ‘frowning at you from the tables and shelves, trying to cow you’. His long list of possible choices includes Books That If You Had More Than One Life You Would Certainly Also Read But Unfortunately Your Days Are Numbered; Books You Mean To Read But There Are Others You Must Read First; Books That Everybody’s Read So It’s As If You Had Read Them, Too; Books You’ve Been Planning To Read For Ages; and Books That Fill You With Sudden, Inexplicable Curiosity, Not Easily Justified.

We’ve all been there. For most people, the key divide when choosing a book for the holidays is between relaxation and self-improvement. Should you go for a classic that may require more concentration, but will enrich your understanding of the world, or for a novel which slips down easily and is purely escapist?

I’m no saint. Twice, I have taken Herman Melville’s Moby-Dick (Penguin Classics £5.99) on holiday, and twice I have failed to get past the first page. Somehow, every time I read that famous first sentence – ‘Call me Ishmael’– my mind goes into a blur, and I find myself reaching for Elmore Leonard. Yet my wife read Moby-Dick three summers ago, and was so transfixed that she seemed to be chasing that whale all on her own. Perhaps, somewhere in the back of my mind, I now feel that I have already read it by osmosis.

On the other hand, most books billed as ‘page-turners’ might just as well be described as ‘time-wasters’. Like candy floss, they leave you feeling both empty and nauseous. If all you want is a page-turner, it would save time to leave a Jeffrey Archer or a Jackie Collins on a windy beach, and watch those pages turn by themselves.

If you’re nervous of embarking on a lengthy classic, there are plenty of classics that are short and sweet: I read Melville’s brief novella Bartleby (Penguin Classics £9.99), about a madly stubborn office clerk, by a lake in Vermont two years ago, and found it subversive and bizarre and very funny. Other short classics I’d recommend are E M Forster’s breezy A Room With A View (Penguin Classics £5.99), Henry James’s creepy The Turn Of The Screw (Penguin Classics £9.99), Zola’s tense Thérèse Raquin (Vintage Classics £7.99), Waugh’s hallucinogenic The Ordeal Of Gilbert Pinfold (Penguin £12.99) and virtually any short story by Maupassant or Chekhov. This summer, I will be reading William Trevor’s Last Stories (Penguin £8.99). He died only three years ago, but his work already has the aura of permanence. 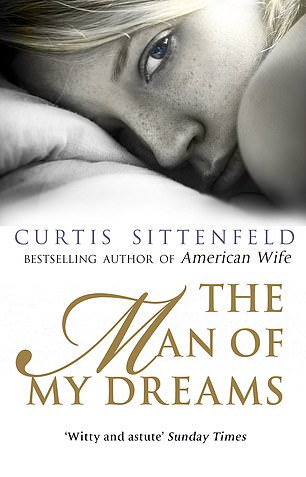 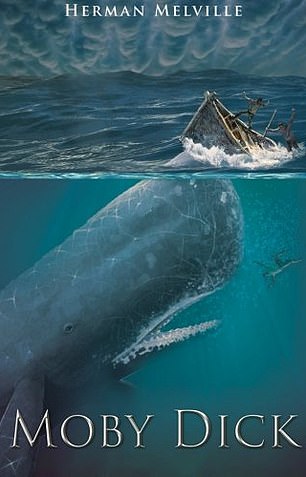 The Man Of My Dreams by Curtis Sittenfield; Moby Dick by Herman Melville

It’s tempting to read a novel set in the place you’re staying – Death In Venice, say, or Goodbye To Berlin. But, more often than not, it’s an uneasy match, underlining the distance between your own life as a pampered 21st century tourist and the more desperate lives of the characters.

Sometimes, the mismatch is insurmountable. Last year, I lay beside a hotel swimming pool in Mumbai sipping a glass of wine and reading Katherine Boo’s Behind The Beautiful Forevers (Portobello £9.99), a devastating non-fiction portrait of the horrors of slum life a mile away. My wife was reading A Fine Balance by Rohinton Mistry (Faber £8.99), a novel set in the same area. Both books were brilliant, and it was obviously good to learn something about life beyond our luxury hotel. But it still made me uneasy: a book can be a shield as well as a window. 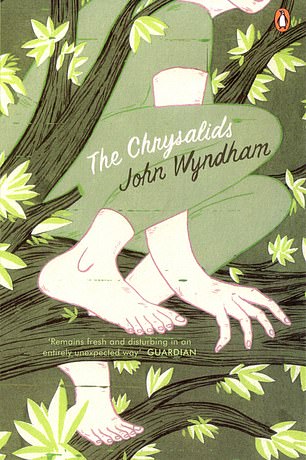 The Chrysalids by John Wyndham

Lugging six or seven books about with you can prove a burden, though a friend of mine makes his luggage lighter by tearing out each page once he’s read it, and throwing it away. Perhaps it’s better to pack two or three, and then leave the rest to chance. Kindle has its devotees, of course, but where is the pleasure in reading a machine?

One of Calvino’s other categories is Books Read Long Ago Which It’s Now Time To Reread. Recently, I have been rereading the Fifties novels of John Wyndham, part social-realism, part science-fiction. I last read them as a boy nearly half a century ago.

Such a length of time should be a recipe for disappointment, but, as it happens, I have found them every bit as fresh and peculiar and exciting as I did back then; next on my list is The Chrysalids (Penguin £8.99), the first of his that I ever read.

Other books I plan to pack are Ben Macintyre’s The Spy And The Traitor (Penguin £8.99), because Macintyre is a master non-fiction storyteller, and I keep hearing good things about it, and Charlotte Brontë’s Jane Eyre (Penguin £5.99), which, I’m ashamed to say, comes into the category Books You’ve Always Pretended To Have Read And Now It’s Time To Sit Down And Really Read Them.