Everton ‘line up a move for exiled Barcelona defender Samuel Umtiti… with the Spanish giants ready to slash £10.7m asking price to get his £75,000-a-week wages off the books’

Everton manager Carlo Ancelotti is ready to raid La Liga for another superstar with Barcelona defender Samuel Umtiti in his sights.

France international Umtiti has yet to play a single minute at Barcelona this season under former Everton boss Ronald Koeman.

And, according to Mundo Deportivo, the Nou Camp giants would be willing to enter talks with Everton over a move to get Umtiti’s wages of the books. The Spanish publication adds Barcelona could cut their €12m (£10.7m) asking price to get a deal over the line. 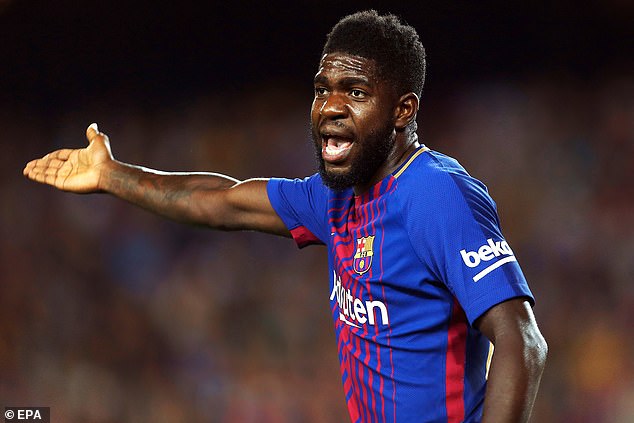 The 27-year-old is mooted to earn around £75,000 a week at Barcelona, with the Spanish club continually counting the cost of the Covid-19 pandemic.

Defender Gerard Pique and Koeman himself have both restructured their pay in recent weeks to help the club manage the financial burden.

Umtiti has struggled in recent seasons to maintain his fitness on a regular basis due to persistent knee issues but for Ancelotti, he could be an intriguing gamble for his Goodison Park rebuild.

He has played 31 times for France and was a part of their World Cup-winning squad in 2018, starting the final against Croatia when his side won 4-2. 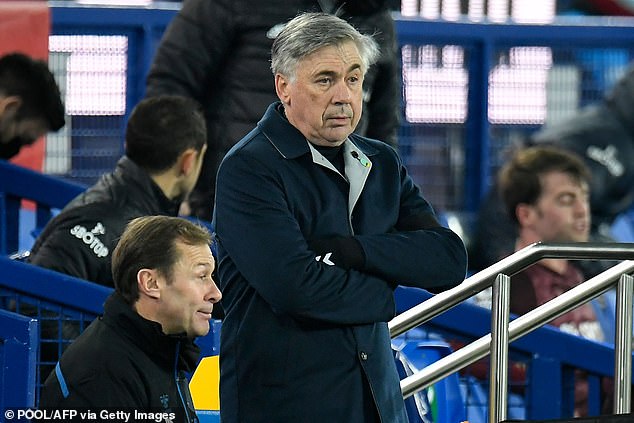 Everton boss Carlo Ancelotti could move for Umtiti, 27, on a cut-price deal for the defender

Umtiti joined Barcelona in July 2016 in a £21m move from Lyon and for the first two years in Spain, was an ever-present in the side.

But now, the Spanish giants are prepared to facilitate his departure in January and it could be Everton and Ancelotti that are his next destination, where he’d join former Real Madrid man James Rodriguez in looking to get his career back on track.