‘Every day without a deal means less investment and fewer jobs’: Businesses slam May for vote delay

‘Every day without a deal means less investment and fewer jobs’: Business groups slam May for Brexit vote delay as Chamber of Commerce boss warns ‘we are well into the eleventh hour’

Business leaders reacted with dismay today to the announcement by the Prime Minister that the next meaningful vote would not take place this coming week.

Touching down for an EU summit with leaders of Arab nations, in Sharm El Sheikh, Egypt, Mrs May said the vote would now take place on or before March 12.

But industry leaders said the new timetable filled them with fear of their being ‘little realistic chance’ of a deal being agreed by the UK’s planned departure date on March 29.

It comes after months and years of increasingly shrill warnings from Industry groups representing firms across the country, asking for certainty from the government to allow them to plan ahead.

Dr Adam Marshall, director general at the British Chambers of Commerce, warned: We are well into the eleventh hour’

Already, imports have hit the water with their British buyers unsure whether the goods will be subject to new and greater tariffs by the time they arrive.

Edwin Morgan, interim director general of the Institute of Directors, said: ‘With today’s announcement, it’s clear the writing is on the wall.

‘There appears to be little realistic chance of a deal being agreed and the necessary legislation getting through by 29 March.

‘Businesses do not want to drag out the uncertainty and would much prefer to reach a deal by the end of next month.

‘However, it now seems hard to envisage an exit without a limited, technical extension to allow time for Parliament to finalise our exit.

‘There is too much at stake to run down the clock and risk an accidental no-deal.

‘We sincerely hope this is the last and final date change.

‘The Prime Minister must make absolutely clear ahead of time what the Government’s next steps will be if the vote fails again.

‘Businesses have lost all faith in the political process and as those first in the firing line of no-deal, they deserve to know more.’ 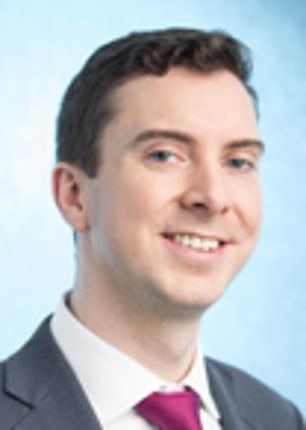 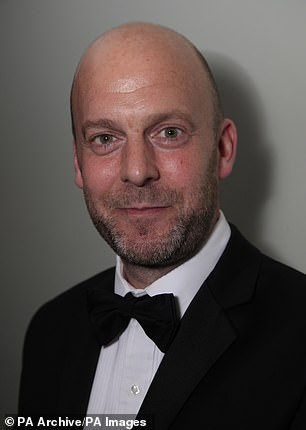 Edwin Morgan of the Institute of Directors, left, said there was now ‘little realistic chance of a deal being agreed and the necessary legislation getting through by 29 March’. Josh Hardie of the CBI, right, said: ‘Every day without a deal means less investment and fewer jobs created’

Dr Adam Marshall, director general at the British Chambers of Commerce, said: ‘Another day, another delay.

‘The Government’s choices mean extending business uncertainty to the last possible minute, giving firms little chance to plan with confidence for any changes that lie ahead.

‘It is unbelievable to businesses that political tactics are still being put before economic considerations, especially given the fact that the consequences of a messy and disorderly Brexit on March 29 are so stark.

‘Delaying the vote until just two weeks before the UK’s planned departure from the EU raises serious concerns about the timeline of the parliamentary process, and whether there is sufficient window to reach an agreement and pass the necessary legislation to avoid a no-deal exit.

‘We are well into the eleventh hour, and these endless political manoeuvres aren’t helping the businesses, communities or people of the UK to prepare for the changes that lie ahead.’

Josh Hardie, CBI deputy director general, said: ‘This is the latest signal to businesses that no-deal is hurtling closer. It must be averted.

‘Every day without a deal means less investment and fewer jobs created.

‘That’s the cost of running down the clock, and it’s irresponsible to treat that as a price worth paying.’