Everything you need to know about ‘breakthrough’ Alzheimer’s drug lecanemab

It’s been hailed as a ‘momentous’ breakthrough.

World-renowned experts have even boldly claimed the game-changing results of lecanemab represent the ‘beginning of the end’ in halting the cruel progression of Alzheimer’s.

But what is the drug? And how does it work?

Here, MailOnline answers all your questions about lecanemab, including when it could be given to patients in Britain and the US.

The drug, created by Japanese pharmaceutical company Eisai and US biotech firm Biogen, was created for the treatment of mild cognitive impairment for patients with amyloid in the brain

Lecanemab is given to patients in the earliest stages of Alzheimer’s as an infusion once a fortnight.

It is designed to clear a build up of amyloid protein — toxic plaques in the brain that are thought to cause the cruel, memory-robbing disease. 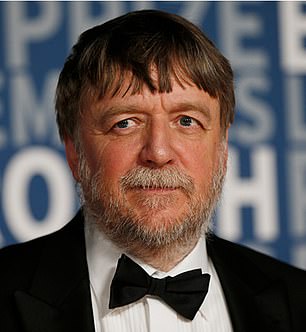 The antibody treatment, which tells the immune system to clear amyloid from the brain, is made by Japanese and US pharmaceutical firms Eisai and Biogen.

What did trials show?

The Phase III trial of lecanemab evaluated the drug’s ability to reduce cognitive and functional decline among 1,795 patients with early Alzheimer’s.

Half of participants were given 10mg/kg of the drug bi-weekly, while the others were given a placebo.

Researchers measured all the participants’ memory, judgment, problem solving and judgement before they started taking the study and again 18 months later.

Results showed those on lecanemab saw their mental condition decline 27 per cent less than those given the dummy treatment.

Lecanemab recipients also experienced a slower build up of amyloid in their brains, scans showed. 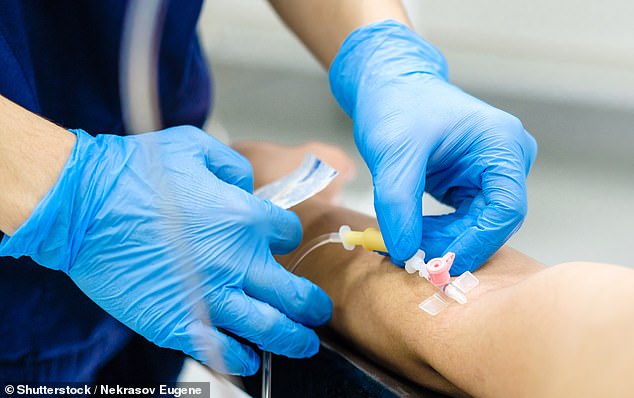 Results were presented at a medical conference in San Francisco and published in the prestigious New England Journal of Medicine.

Is the drug dangerous?

As well as promising results, the trial also flagged some safety concerns.

Brain swelling was spotted among 12.5 per cent of the lecanemab group, compared to 1.7 per cent in the placebo group.

While it showed up on scans, many of these cases were not symptomatic, Eisai and Biogen insisted.

Data also showed micro-haemorrhages in the brain, or mini brain bleeds, occurred among 17 per cent in the lecanemab group, compared to 8.7 per cent of the placebo group.

Pharmaceutical bosses insisted the figures fell within an expected range.

Two patients also died while taking lecanemab during the trial, in events currently being investigated.

However, Eisai and Biogen noted that all available safety information shows the therapy is not linked with an increased risk of death.

How close is it to being rolled out?

The drugmakers are seeking approval for lecanemab from the US Food and Drug Administration, with a decision expected in early January.

The companies say they will also submit their findings to regulators in Japan and Europe to by April 2023.

However, watchdogs will then need to assess whether the drug is safe and effective before making a decision.

Experts think the drug will be available to UK patients as early as 2023.

How is it different to similar drug Aduhelm?

Both Aduhelm and lecanemab — which are both made by Eisai and Biogen — are antibodies designed to remove amyloid deposits.

However, lecanemab targets amyloid which has not yet clumped together.

Aduhelm removes amyloid plaques that built up in the brain.

Aduhelm’s approval was a rare bright spot for Alzheimer’s patients, but critics have warned about the underwhelming results of the drug and highlighted its risks.

Isn’t there already drugs for Alzheimer’s?

There are currently no Alzheimer’s treatments available, with decades of trials repeatedly failing to produce a successful remedy.

Drugs are dished out to fight off tell-tale symptoms, however.