Eve Mavrakis’ battle against the pain of her reported marriage split from Ewan McGregor has intensified amid fears his on-screen lover Mary Elizabeth Winstead had a ‘teenage crush’ on him before they embarked on their alleged affair.

It was revealed earlier this month that Ewan, 46, and Eve, 51, who share four daughters, reportedly split in May as photos emerged of the British actor kissing his Fargo co-star Mary, 32, at a restaurant in London.

While sources said have said that French production designer Eve is trying to remain as ‘dignified’ as possible as she comes to terms with the allegations, it has also been reported that she previously met Mary after inviting her over for dinner – no doubt, leaving her ‘furious.’

More heartache: Eve Mavrakis’s battle against the pain of her marriage split from Ewan McGregor (both pictured) has intensified amid fears his on-screen lover Mary Elizabeth Winstead had a ‘teenage crush’ on him before they embarked on their alleged affair

More photos have now emerged of the new couple which seems to show them together outside Ewan’s London home later in the month.

A source told the Sun: ‘She is doing her best to handle it with dignity. But what makes it worse is she has been told Mary Elizabeth had a teenage crush on Ewan. I’m sure a lot of people did but they didn’t go and have an affair with him.’

To make the revelation even more difficult to come to terms with, Eve had had Mary around for dinner at the family home in Los Angeles while Mary and Ewan were busy filming the comedy – before the fling was exposed.

A family source added: ‘Mary went to the house once and met Eve and the kids over dinner. She was very cordial. It seemed logical she should get to know Ewan and the family.’ 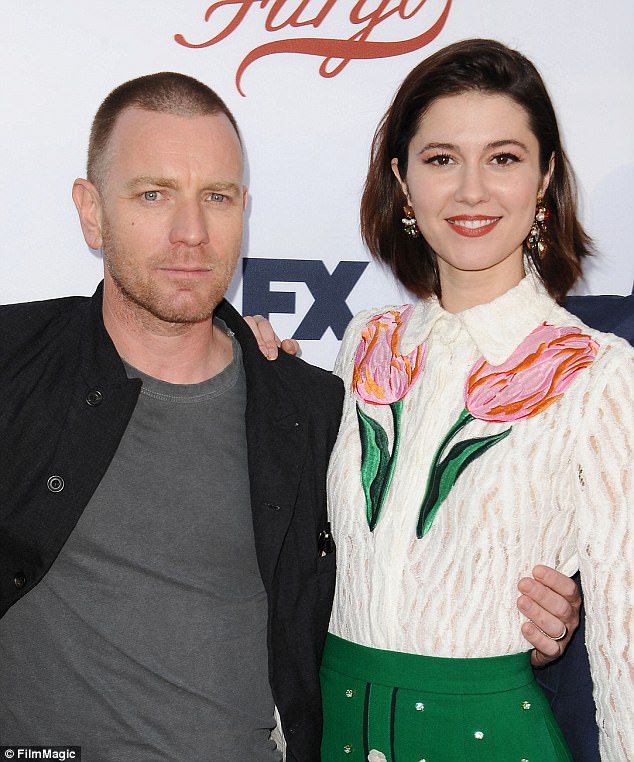 Hitting the red carpet: Ewan and Mary Elizabeth, who filmed a racy nude love scene in a bath for their on-screen romance in the most recent series of Fargo, were reportedly seen kissing at The Good Life Eatery in London’s St. John’s Wood earlier this month 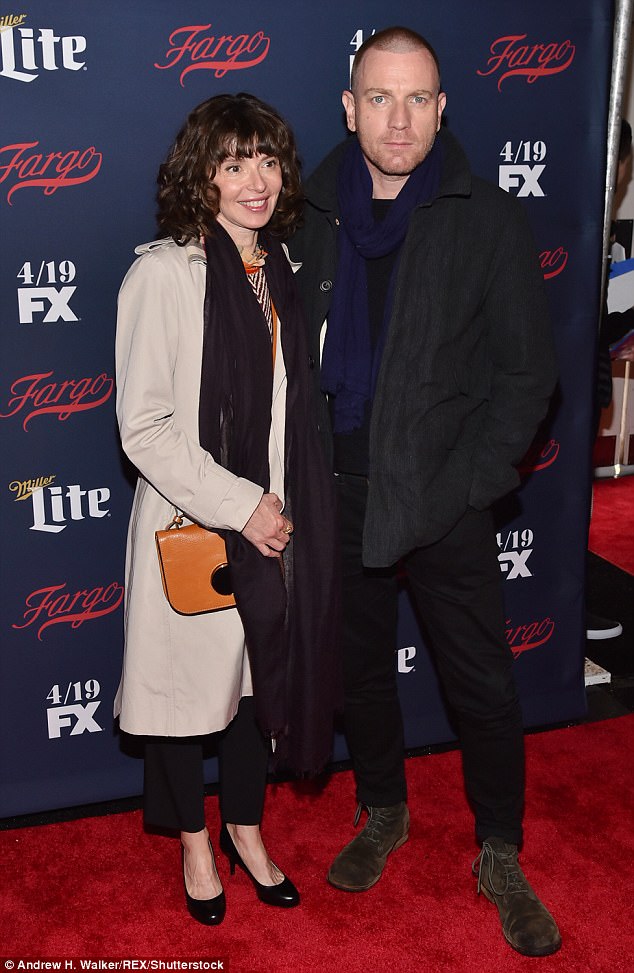 Separated: The 46-year-old actor reportedly parted from French production designer Eve in May, months before pictures with Mary emerged (the couple are pictured in April)

Ewan’s wife of 22 years has been seen without her wedding ring during outings since the news of the couple’s reported separation, which happened the same month Mary announced her split from her husband Riley Stearns.

Ewan and Eve met on the set of court drama Kavanagh QC in 1995, shortly before the Scottish star’s portrayal of heroin addict Mark Renton in Danny Boyle’s Trainspotting won him international acclaim.

Speaking to the Graham Norton show in 2012, Ewan admitted he had slept with ‘many, many women’ prior to meeting his wife. 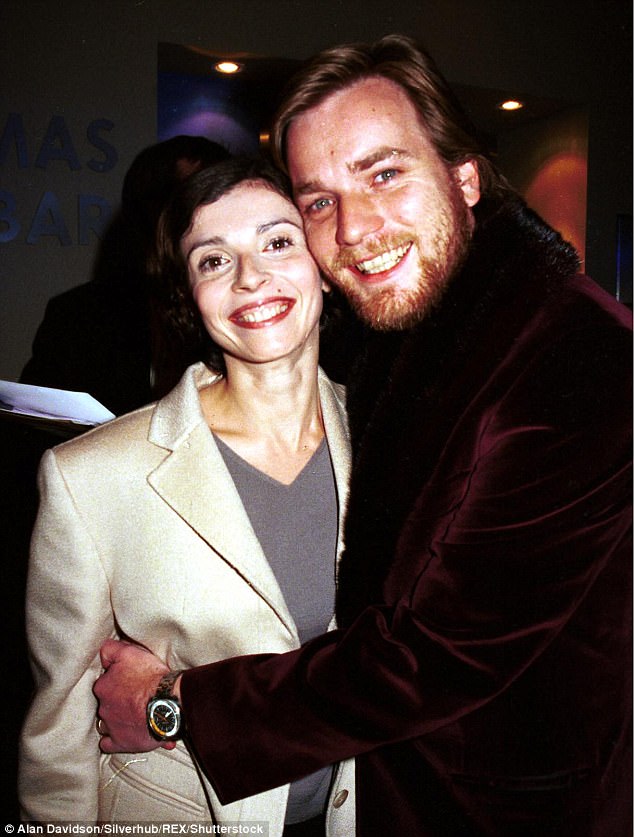 Old times: The couple met on the set of court drama Kavanagh QC in 1995, shortly before the Scottish star’s portrayal of hopeless junkie Mark Renton in Danny Boyle’s Trainspotting won him international acclaim (pictured in 1998)

The couple married in 1995 before relocating to Los Angeles, where they raised four daughters, including a child adopted from Mongolia.

Ewan has always denied rumours of romantic attachments outside marriage.

In 2001, he dismissed talk of an affair with Nicole Kidman, his co-star on Moulin Rouge!

And in 2010, there were more unkind rumours of a relationship with French actress Melanie Laurent, his co-star on the film Beginners. 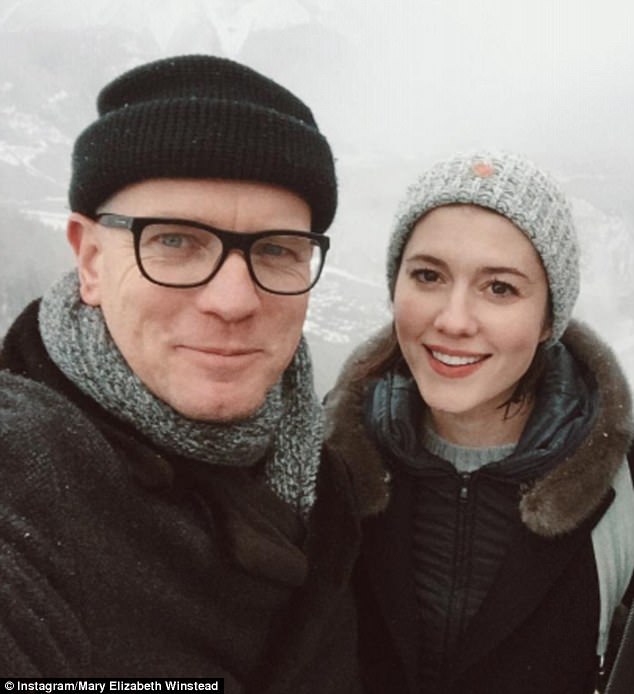 Co-stars: Married Ewan was said to be spotted kissing his co-star Mary Elizabeth (pictured while filming Fargo in Canada)

McGregor appears to be seen kissing his Fargo co-star Mary Elizabeth in images obtained by The Sun.

The pair, who filmed a racy nude love scene in a bath for their on-screen romance in the most recent series of the show, were reportedly seen getting close during a meeting at The Good Life Eatery in London’s St. John’s Wood.

The father-of-four closed his eyes as he leaned in to share the intimate moment with Mary as sources told the publication they were ‘relaxed in each other’s company’. 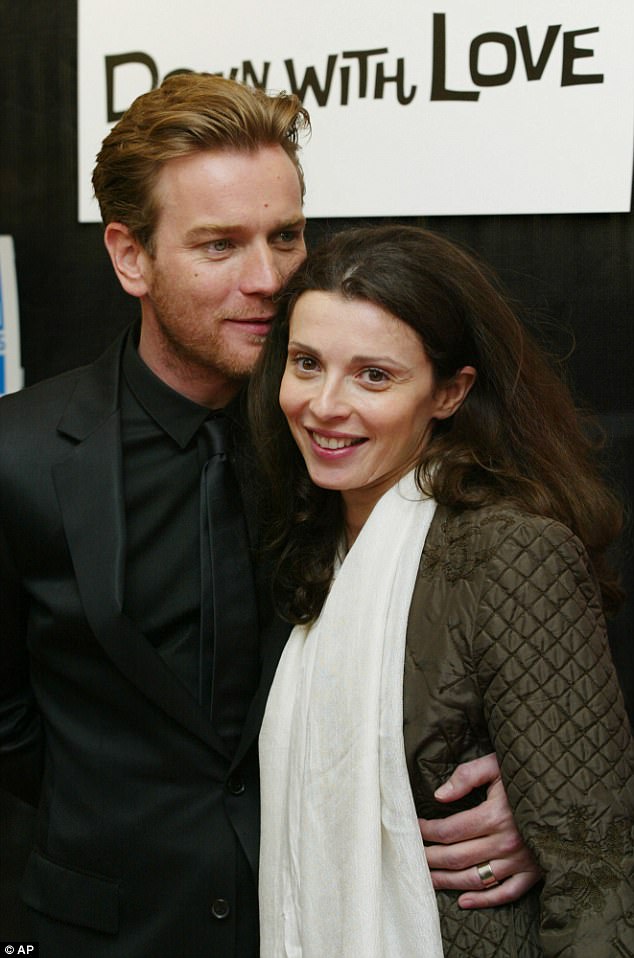 Married: Ewan wed Eve 22 years ago (pictured at the Tribeca Film Festival in 2003)

Ewan smiled as Mary, who plays his sexy love interest Nikki Swango in the FX Network crime drama, took his face in both of her hands before going in for a kiss, in The Sun’s images.

Sources revealed the father of four daughters didn’t seem too worried about privacy as they dined together on the busy high street.

Onlookers told The Sun: ‘Ewan and Mary Elizabeth were there together and seemed relaxed in each other’s company. The cafe was really busy with people coming in and out the whole time…

‘They were deep in conversation and were there together for more than an hour. As they left he got on to the back of Ewan’s motorbike and they sped off together’. 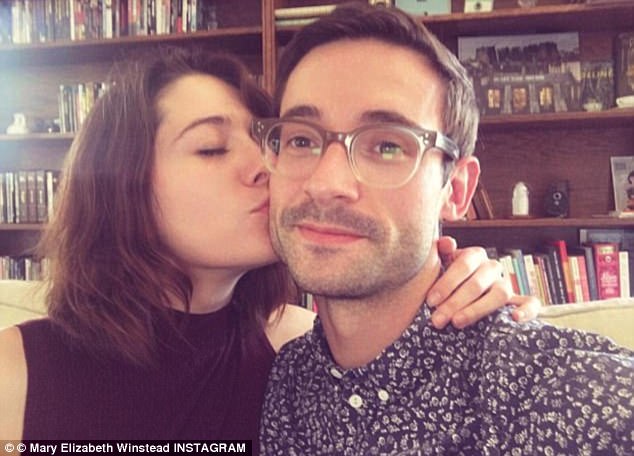 Ewan and Mary’s smooch comes four months after Mary, 32, split from her husband of seven years, Riley Stearns (both pictured)

Sharing a photo of her kissing her Texan film director ex on the cheek on Instagram in May, the actress wrote in the caption: ‘We’ve decided to move on from our marriage, but we will stay best friends and collaborators for all our days.’

‘We are still ride or die, just in a different way now. I love you always, Riley.’

‘Sitting here with my best friend who I love with all my heart. We have spent our lives together and it has been full of joy and warmth every day.’

Meanwhile, Riley, who Mary met aged 18 on an ocean cruise, shared the same photo on his Instagram with an equally touching tribute which said: ‘I’ll always love you, Mary.’ 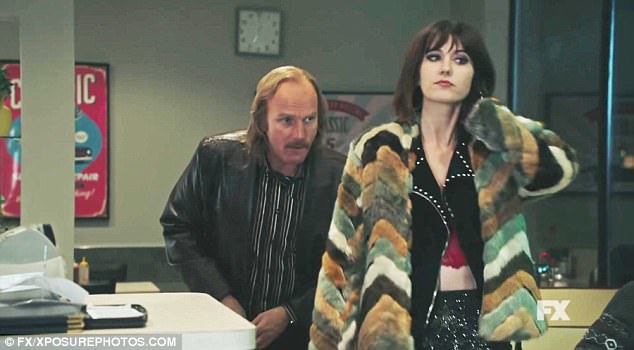 Chemistry: Ewan and Mary starred side-by-side in Fargo (above)

The latter falls in love with Nikki before they plot to take revenge on his wealthy businessman brother.

The first episode of the third series, which aired in April, sees the loved-up duo Nikki and Ray kissing and cuddling while naked in a bath together.