Ewan McGregor was snapped Saturday on the red carpet of the Tribeca Film Festival premiere of his new film Zoe at the BMCC Tribeca Performing Arts Center in New York City.

The Scottish actor wore a button-up dark grey coat over a black shirt with blue coal rigid jeans rolled up at the bottom over black boots. He wore a brown leather belt and had his dark brown locks combed on the side.

The 47-year-old star brought his 22-year-old daughter Clara, a Wilhelmina model, to the glitzy cinematic event.

Proud papa: Ewan McGregor, 47, was snapped with his daughter Clara, 22, on Saturday on the red carpet of the Tribeca Film Festival premiere for his new film Zoe at the BMCC Tribeca Performing Arts Center in New York City

Clara wore a sheer pink dress over a white slip with beige cowboy boots, wearing her dark blonde locks down and parted as she toted a textured off-white designer purse.

Ewan, who shot to fame playing Renton in 1996’s Trainspotting, stars opposite Léa Seydoux, Rashida Jones and Christina Aguilera in the romantic sc-fi movie, which is directed by Drake Doremus.

In the film, ‘two colleagues at a revolutionary research lab design technology to improve and perfect romantic relationships,’ according to producers. ‘As their work progresses, their discoveries become more profound.’

The father and daughter looked to be in good spirits, as Ewen and estranged wife Eve Mavrakis filed for divorce in January following a 22-year marriage. 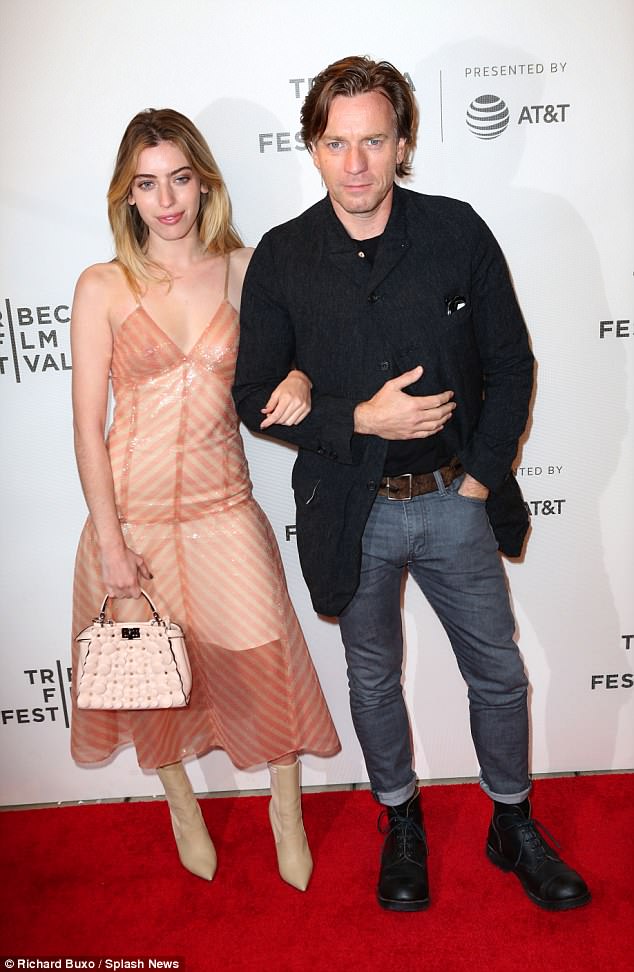 Doting dad: The father and daughter looked to be in good spirits despite Ewan and Clare’s mom, Eve Mavrakis, filing for divorce after a 22-year marriage earlier this year 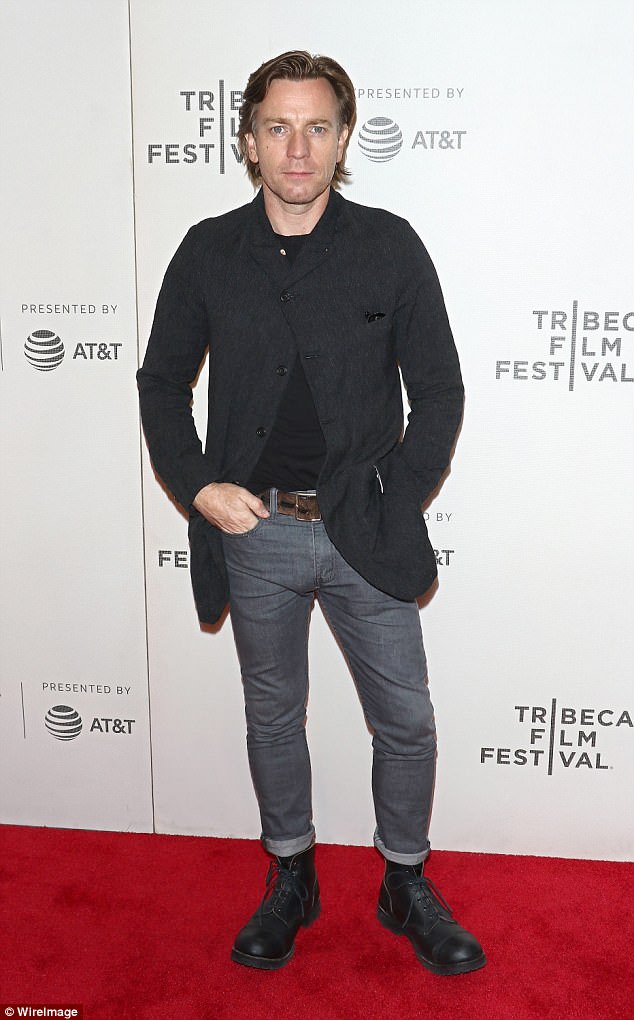 Choose success: Ewan shot to fame playing Renton in 1996’s Trainspotting, and has followed up with banner roles in movies like August: Osage County, Moulin Rouge! and Star Wars Episodes I, II and III 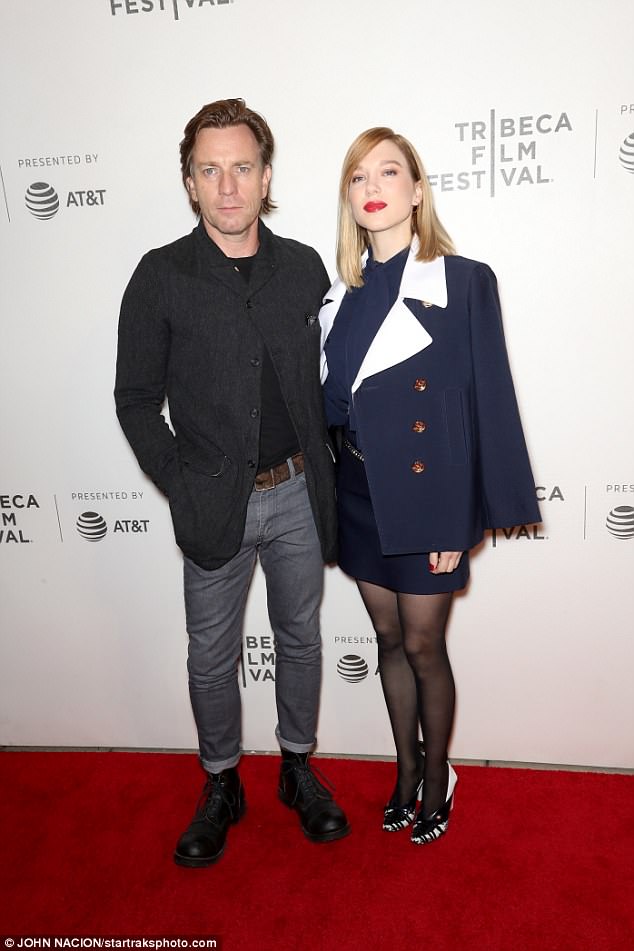 Storyline: Zoe casts Ewan McGregor and Lea Seydoux as co-workers at a lab that develop a romance

They separated last May, and the father-of-four and actress Mary Elizabeth Winstead, 33, were seen in a romantic embrace in October that led to a public announcement of the breakup.

On Friday, Amazon Prime purchased the rights to the movie, Entertainment Weekly reported.

The motion picture marked the first big transaction of the festival, which is packed with promising movies such as All About Nina (starring Winstead), Little Woods (with Lily James and Tessa Thompson) and Blue Night (with Sarah Jessica Parker).

Rising star: Clara has a growing presence on the catwalk as a Wilhelmina model 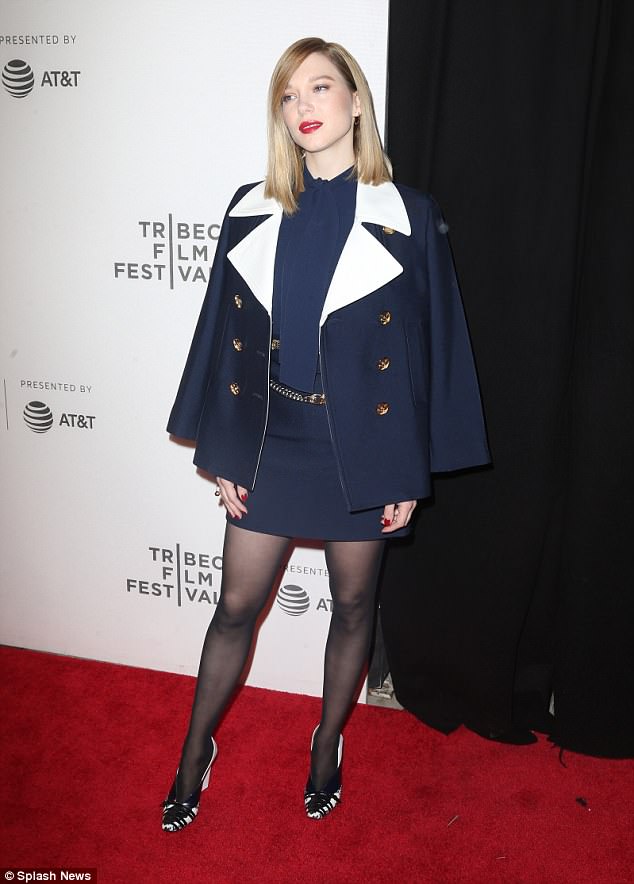 Stylish: Seydoux wore a navy blue ensemble of a coat with a skirt and dark pantyhose with black and white heels 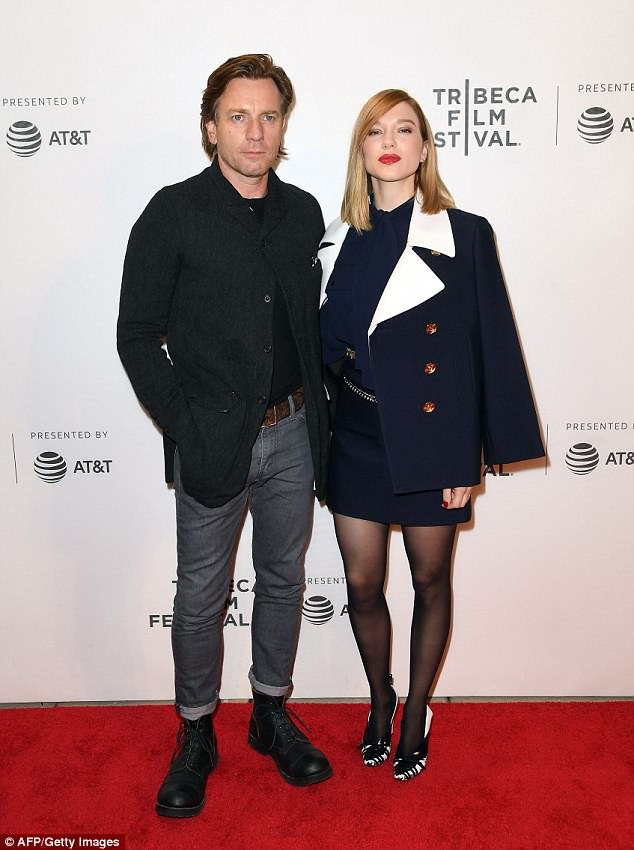 In demand: Ewan and Lea’s film was sold to Amazon Studios the day before the festival began