A former soldier who had a grudge against dog walkers murdered a complete stranger after ‘a little voice in his head told him to kill someone’, a court heard.

Alexander Palmer allegedly attacked 83-year-old Peter Wrighton from behind with a knife before dragging his body under brambles on August 5 last year.

The pensioner had been walking his two dogs, a mongrel called Gemma and a Scarteen Harrier named Dylan, in woodland known as The Heath near East Harling.

The jury heard how 24-year-old Palmer admitted being in the area at the time of the attack, but denied killing Mr Wrighton. 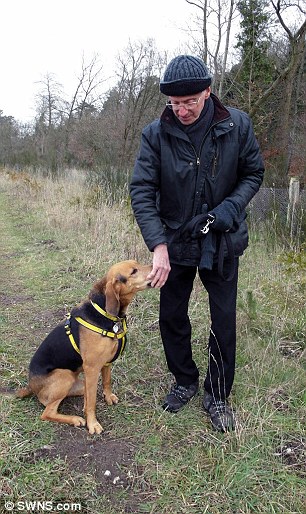 At Nottingham Crown Court, the prosecution said that the defendant told medical professionals he had a voice in his head called ‘Little Alex’ who told him to harm people or kill them.

The court heard how the voice would tell Palmer to stab the neck or throat of strangers and that dog walkers allegedly appeared to be a particular ‘bugbear’ of his.

The jury was told how police were initially unaware of Palmer until a psychologist who treated him at RAF Marham read press reports and said she thought he could be responsible for the death.

While serving in the army, he had been injured in an assault – in which he was the victim – and that seemed to trigger problems which required mental health professionals.

Father-of-two Mr Wrighton, whose body was found by officers at 11.20am, had suffered multiple severe stab wounds to the neck and throat as a result of the alleged attack. 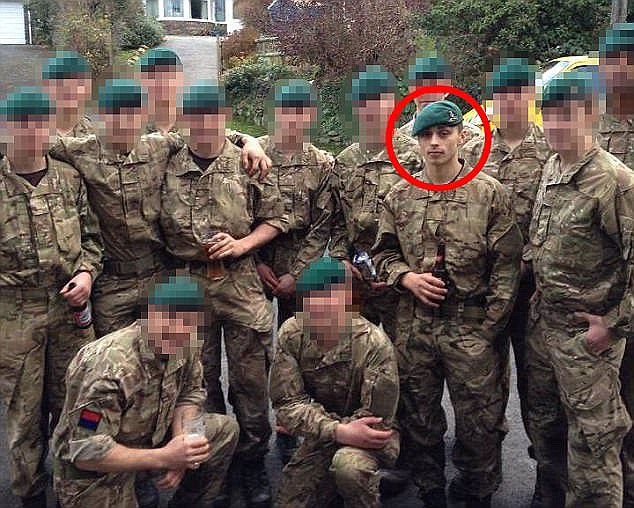 Picture from Facebook shows Alexander Palmer (holding a bottle) in military uniform. Palmer , 24, admitted being in the area at the time of the attack

His dogs, Dylan and Gemma, were found near his body which was so badly injured, it was initially thought he had been attacked by an animal.

Paramedics raced to the wood, but the retired BT engineer was declared dead at the scene.

His nine-year-old Scarteen Harrier and 13-year-old Trailhound cross, were found unharmed near the pensioner’s body. 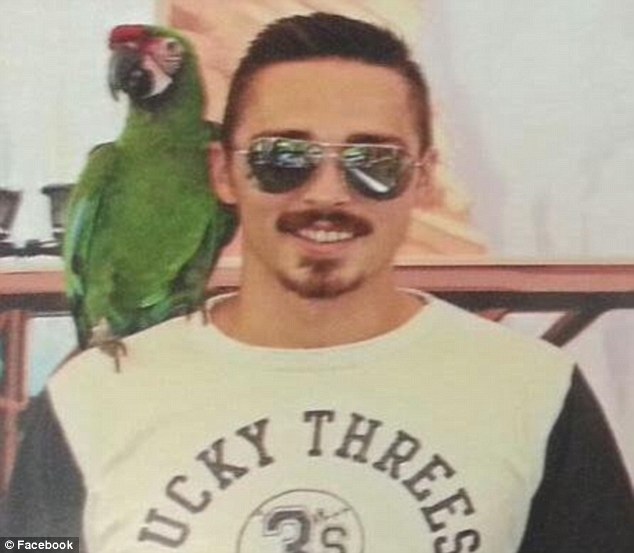 Palmerwho served in the British Army until November 2015 and was in the vicinity at the time of the killing, denies a singular charge of murder 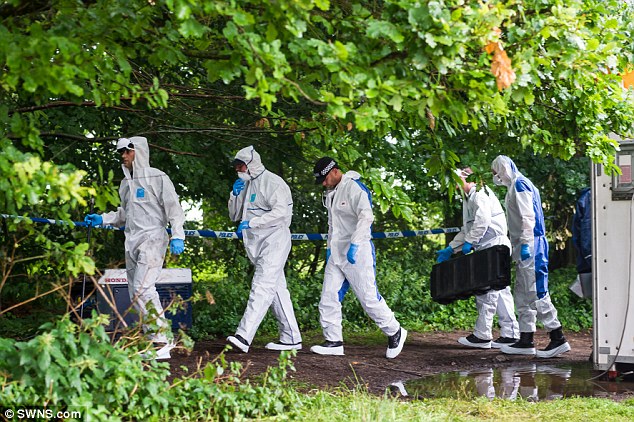 A manhunt, involving more than 100 officers was launched after a pathologist ruled Mr Wrighton had died from ‘incised’ wounds

Opening the case against Palmer on Tuesday, prosecutor Stephen Spence said: ‘On one occasion he (Palmer) told staff ‘when I eventually hurt someone, I know that I will plan out the method in my head, go to the desired place where I wish the scene to be set and then I will carry out the act of hurting someone… it could be anyone that it happens to.

‘Just random, but I will have already thought about what I am going to do’.

‘You might think that is a pretty good account of what happened to Peter Wrighton on that day.’

Mr Spence said it was no coincidence that Palmer, who served in the British Army until November 2015, was in the vicinity at the time of the killing.

He continued: ‘Sometimes as Alex, sometimes as Little Alex, the voice at times urged him to kill people. 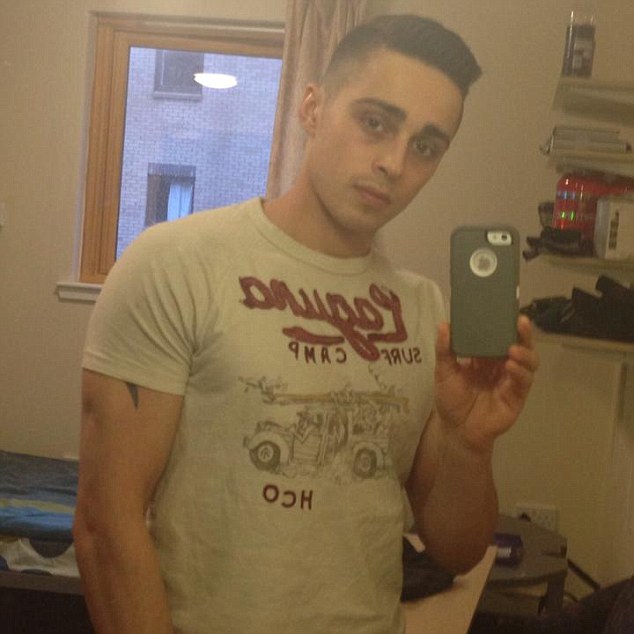 ‘He appears to have some ill-feeling or a grudge towards dog walkers. There were a number of references to attacks to the throat.

‘Particularly of note was his desire to kill strangers, dog walkers seemed to be a particular bugbear of his.’

Speaking of the victim’s injuries, Mr Spence added: ‘Initial observation of Mr Wrighton’s body led the police to jump to the conclusion that he had been attacked and killed by some sort of animal, such was the extent and appearance of the injuries to the throat.’

Family paid tribute to Peter Wrighton’s (left)  ‘love of walking his dogs and chatting with people to pass the time of day’. Palmer (right) is said to have held a grudge against dog walkers

A manhunt, involving more than 100 officers was launched after a pathologist ruled Mr Wrighton had died from ‘incised’ wounds.

His distraught wife Ann, 76, described Peter, originally from North London, who volunteered for the Dogs Trust, as a ‘lovely, gentle husband, dad and grandfather’.

His family also paid tribute to the 83-year-old’s ‘kind nature’ and his ‘love of walking his dogs and chatting with people to pass the time of day’.

It’s understood the couple, who had been married for 59 years, moved to the area 30 years ago after Peter retired from his 35-year career with British Telecom.

Palmer, of Bawdeswell, Norfolk, denies a single charge of murder.

The trial, set to last for two to three weeks, continues.