Ex-banker ‘was raped after US put him in Colombian prison’

A ex-Goldman Sachs banker has recounted his horrifying abuse at the hands of Colombian prisoners – and says the US is to blame.

Kaleil Isaza Tuzman, 45, was arrested in September 2015 while on a business trip to Bogota at the request of the US government, which accused him of fraud.

Rather than be immediately deported to the US, however, he spent 10 months in a notorious Colombian prison, where he says he was raped, leaving him traumatized and wishing he’d died, the New York Times reported. 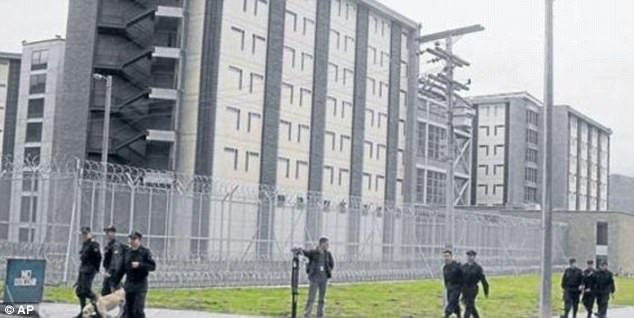 Tuzman says a group of men raped him at knifepoint in La Picota (pictured) a month after he was locked up. He remained there for nine months even though he was to face trial in the US

Tuzman, whose website govWorks.com was featured in the documentary Startup.com, was arrested four days before his planned flight to Philadelphia.

But despite his fear at being hauled away by Columbian cops, they wouldn’t tell him anything more – including why he was to be locked up.

‘I begged to know why,’ he said. ‘All they would say was that it was at the direction of the US government.’

But the government never contacted Tuzman’s lawyer about having him voluntarily surrender to them so he could return to the US.

Instead, he was sent to the notoriously brutal La Picota prison, where he was kept in inhumane conditions, he says.

‘It had over a hundred people packed in [one cell], stuffed against the walls and the rails, asking those of us in line for food, water, aspirin, whatever,’ he said. 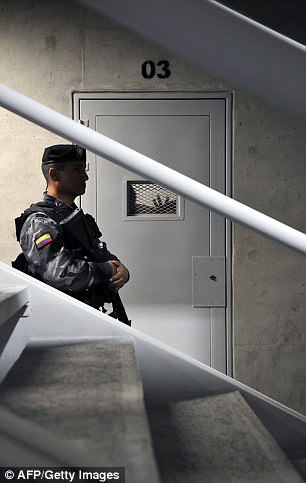 Tuzman says the brutal prison packed 100 men in one cell, and that after he told his lawyer of the rape he was put on prison trial for snitching – but escaped alive because he didn’t name his rapists

‘The stench of feces and vomit was overwhelming. There were literally people who had defecated in their pants.’

Tuzman hoped every day for release, but none came. And then, a month after he was put in prison, he was raped.

‘I was ordered down from the slab where I slept,’ he said. ‘I was wearing a T-shirt and sweatpants.

‘They pushed me down to the floor by my head and shoulders. One of them had a knife at my Adam’s apple.

‘I tried to leave my body, pretend that I wasn’t living it. I wanted to die. I’ve regretted at times since then that I didn’t jerk my head away and let my throat be cut.’

He told his lawyer immediately, and she went to the US Embassy.

But that only made things worse.

‘There’s a code of silence on this kind of prison assault, which was reinforced by an official at the US Embassy who visited me in La Picota and told me things could get worse for me if I spoke to the press,’ he said.

And sure enough, he found himself in a ‘prison trial’ in front of his fellow prisoners, after guards deliberately left their posts, he said.

‘I was put on a table and accused of being a snitch for reporting what had happened to me. That’s the worst thing you can be accused of in prison,’ he said.

‘My knees were shaking. I thought it was the end of my life. I’m only alive now because I hadn’t given up their names.’

Eventually the allegations of his abuse made its way to Judge Paul G Gardephe, in the Southern District of New York.

Gardephe said he was ‘shocked’ that the government had left Tuzman to his face, even as there was ‘credible evidence here that this man is undergoing significant abuse, to the point that there is reason to be concerned about his life.’ 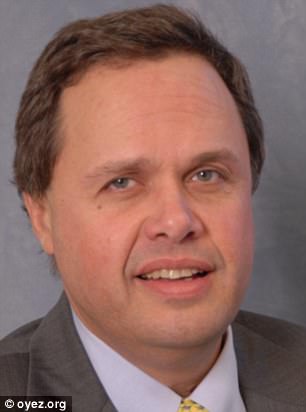 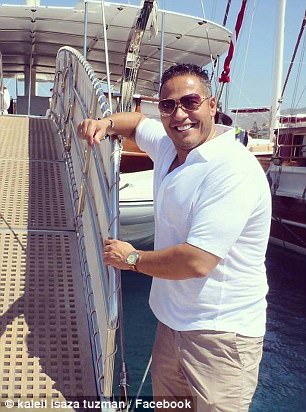 Judge Paul G Gardephe (left) said he was ‘shocked’ that the US left Tuzman (right, in 2015) in Colombia for nine months, though he said the government didn’t ‘engineer’ his misery 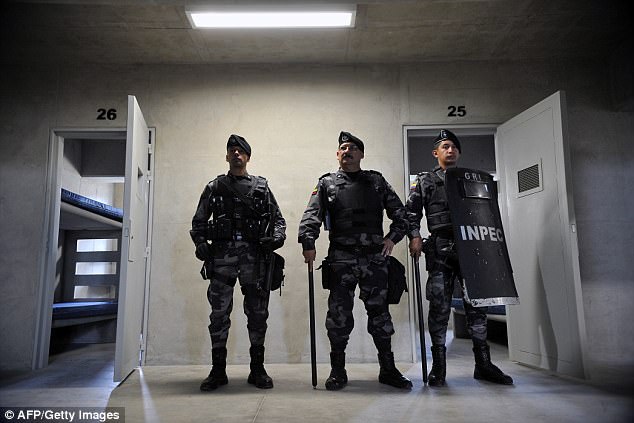 Tuzman’s lawyer was never approached about Tuzman voluntarily handing himself over to the US authorities – something common in white-collar cases, the jailed man claimed

He also demanded the government ‘tell me face to face they can’t do anything about the conditions this man is in, and that if he has to stay there for nine months, there is nothing they can do about that.’

Prosecutors suggested that he could be moved to Combita – something that also ‘shocked’ the judge, who said he’d heard horror stories from there too.

However, Gardephe later ruled that ‘To the extent that Tuzman has been mistreated in Colombia, there is no contention that the US government engineered, arranged for or induced that mistreatment.

‘Indeed, the evidence before this court is all to the contrary.’

Tuzman was returned to the US in July 2016, and goes to trial accused of conspiracy to commit security and wire fraud next month.

But he plans to put the American government under scrutiny too.

‘The US effectively uses the extradition system and foreign prisons like those in Colombia as “black sites,” even for holding American citizens,’ he said.

‘I simply cannot understand why the United States would let one of its own citizens be subjected to this, and I want to help ensure it never happens again.’ 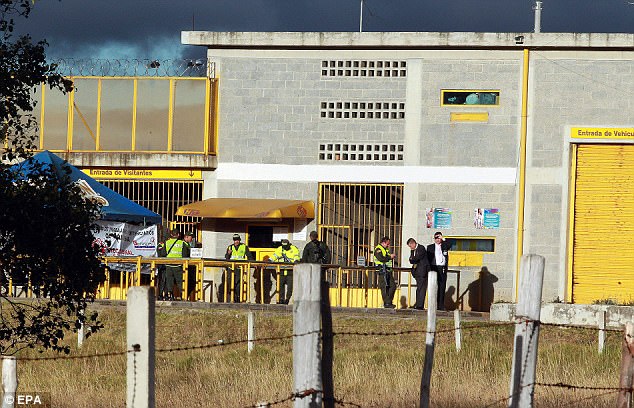 After he was raped, Tuzman was told he could be moved – but only to another Colombian prison, Combita (pictured)