Ex-Billabong boss who scammed the Commonwealth Bank out of $13.5million is mysteriously released from jail a year early

Former Billabong CEO Matthew Perrin has been released from jail despite not being eligible for parole until next year.

Perrin, 47, was spotted with his partner Belinda Otton and two of his children, Jake and Larissa, at a Gold Coast cafe on Tuesday.

Perrin was sentenced to eight years in prison in January 2017 for forging a number of signatures of his former wife in order to secure a $13.5million loan from Commonwealth Bank.

Perrin also forged his brother Fraser Perrin’s signature as a witness on the document.

His mysterious release has raised eyebrows as Perrin was not due for parole until  June 20, 2020.

Perrin reportedly told those close to him that he was a ‘model prisoner’ and his early release was ‘unprecedented,’  The Courier-Mail reported.

At the time of sentencing, Perrin was labelled remorseless for crimes he committed when his lavish life was threatened by his failing ventures.

Perrin made his fortune after he and his brother Scott bought a 49 per cent stake in Billabong for $35million in January 1999 and later sold it for more than double the price.

He worked with various investment banks and invested in a speculative Chinese supermarket before going bankrupt owing $42million in 2009.

Perrin made a dramatic confession at an emergency family meeting in 2009 revealing he had ‘lost everything’.

Decisions to release convicted criminals are made by the parole board or the courts.

Queensland Corrective Services said it advises on parole decisions but would not discuss individual prisoners. 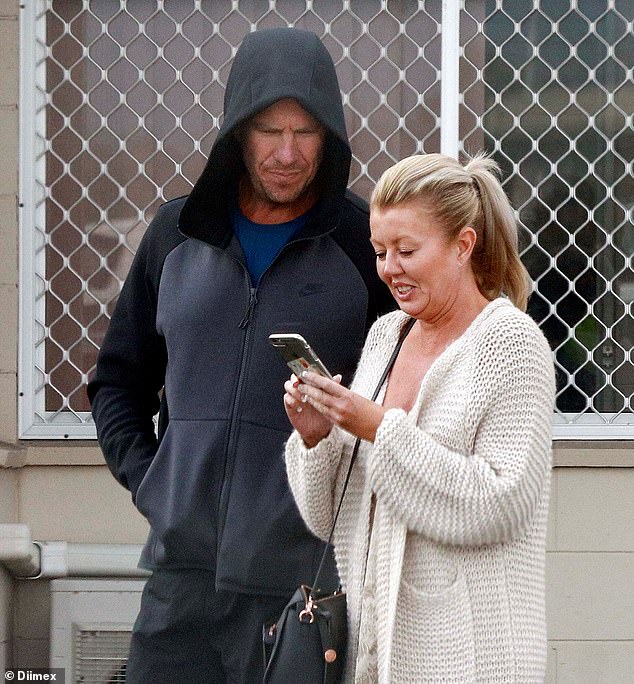