Former Northern Territory police commissioner John McRoberts angrily rebuked fellow senior officers after his lover was arrested and paraded before the media, a court has heard.

The former police chief also allegedly undermined his own detectives by blocking a search warrant on the woman’s business in 2014 which was unheard of, a senior NT Police commander said.

The revelations were made on day two of McRoberts’ Supreme Court trial in Darwin on a charge of attempting to pervert the course of justice.

He is accused of ‘vetoing’ a request to conduct a search warrant on the Winnellie Travel Agency, owned by Xana Kamitsis with whom he was having an affair, and one of various travel agents found to be rorting a government concession scheme.

However, the raid ultimately went ahead and the married Kamitsis, who was the chairwoman of Crime Stoppers NT, was eventually jailed.

‘Mr McRoberts seemed to be quite irritated about the way that investigation had unfolded over the week, culminating with the arrest of what McRoberts felt at the time was a humiliation of Miss Kamitsis by being photographed in handcuffs and put into the back of a police van,’ he said. 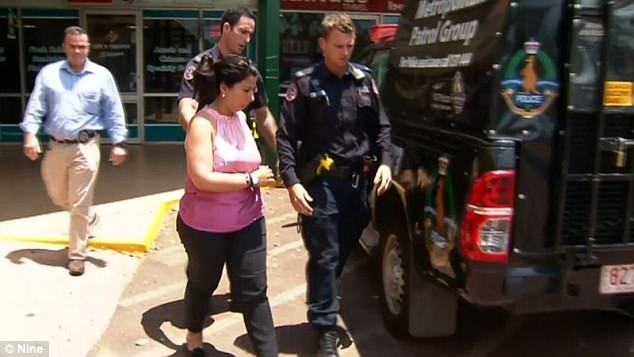 McRoberts is alleged to have tried to block an investigation into fraudulent real estate agents in the Territory in 2014 because he was having an affair with one of the suspects, Xana Kamitsis

‘He raised his voice. He was abrupt. He didn’t really say a lot other than he was quite upset with the way she had been treated.

‘That’s the first I’ve ever heard of it, a commissioner making a decision in relation to a search warrant in the cases I’m familiar with in 23 years.’

Mr O’Brien was told by senior detective Lee Morgan that McRoberts had vetoed the search warrant.

A group of senior police discussed whether McRoberts had conflict of interest in the Kamitsis investigation. 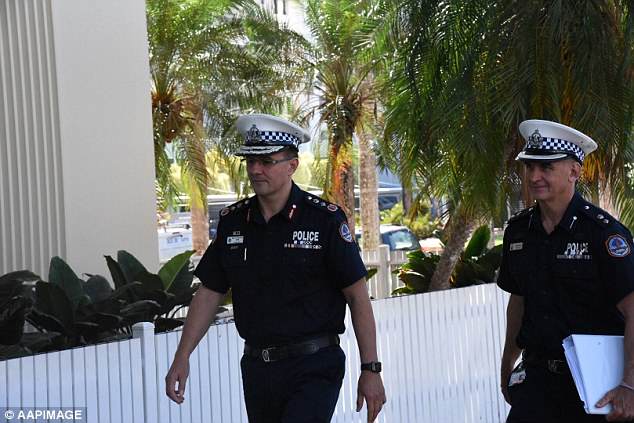 McRoberts denies any wrongdoing and has pleaded not guilty.

Defence lawyer Tony Elliot said the assertions were hearsay, unproven and not first-hand.

‘What is important is what McRoberts did in relation to the search warrant, not what someone says he did.’

Prosecutor Michael McHugh SC has told the court McRoberts tried to ‘frustrate and deflect’ the fraud squad’s investigation, pushing for civil rather than criminal action and telling senior police, bureaucrats and politicians the inquiry was not worth it.

He also did not tell police he was involved sexually with Kamitsis.

A number of travel agents were caught dishonestly invoicing the NT government for flight discounts for pensioners and pocketing the cash.