A former detective claims missing estate agent Suzy Lamplugh faked her appointment with ‘Mr Kipper’ on the day she disappeared.

Ex Scotland Yard investigator David Videcette says he has unearthed ‘compelling evidence’ to suggest the case was flawed from the start and believes she invented the meeting to cover her tracks with her bosses.

Miss Lamplugh, 25, vanished in July 1986 after apparently arranging to show a client around a house that was for sale in Fulham, west London.

In her office diary she recorded details of a lunchtime appointment with ‘Mr Kipper’ at a property in Shorrolds Road.

He is convinced Miss Lamplugh faked the appointment as she left the office unattended to go on a personal errand in work time.

Mr Videcette, who worked on the London 7/7 terror investigation, says the police focus on Mr Kipper caused them to miss vital evidence.

In 2002, the Met Police named convicted rapist and killer John Cannan as the key suspect. He bore a striking resemblance to an e-fit of a man last seen with Miss Lamplugh on the day she vanished. 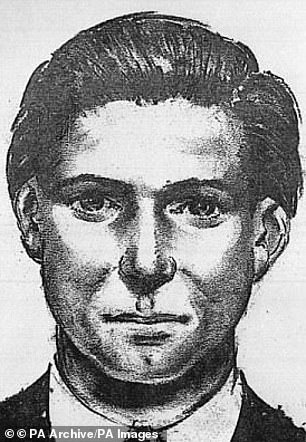 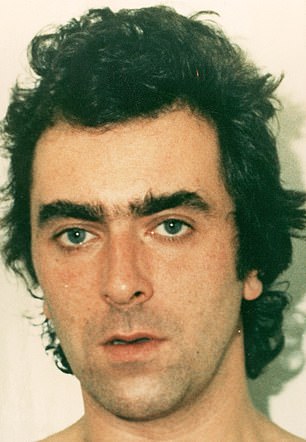 The police probe centred on identifying Mr Kipper (left, an efit of the man last seen with Miss Lamplugh on the day she vanished). In 2002, the Met Police named convicted rapist and killer John Cannan (right) as the key suspect 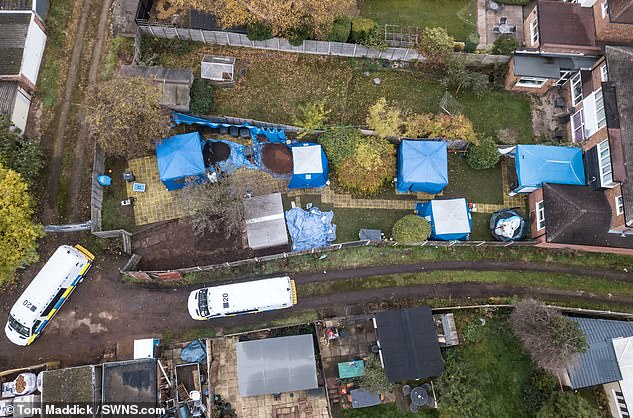 Last November they even began digging up Cannan’s late mother’s garden (pictured) in Sutton Coldfield, West Midlands, but found nothing.

Last November they even began digging up Cannan’s late mother’s garden in Sutton Coldfield, West Midlands, but found nothing.

Cannan, 64, serving three life sentences for murder and a series of sex attacks, has denied any involvement.

But in a statement today Mr Videcette said: ‘I do not believe John Cannan is involved in either Suzy’s disappearance or what I suspect was her subsequent murder.’

Mr Videcette, now a freelance investigator, told the Daily Telegraph: ‘It was clear that the accepted narrative was that Suzy had met her fate after meeting Mr Kipper at Shorrolds Road.

‘Unfortunately, that version of events became the accepted narrative and anything that did not fit with it was discounted by the original investigating team. 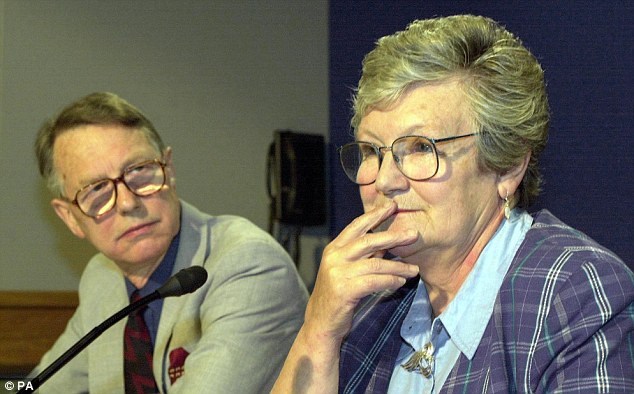 Miss Lamplugh was officially declared dead in 1994. Her bereft parents Paul and Diana (pictured) died never knowing what happened to her 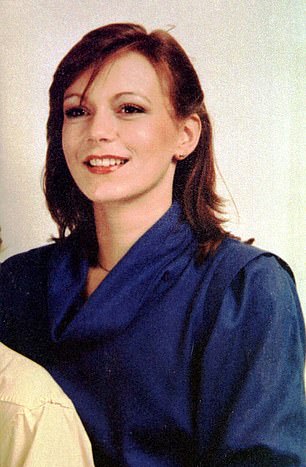 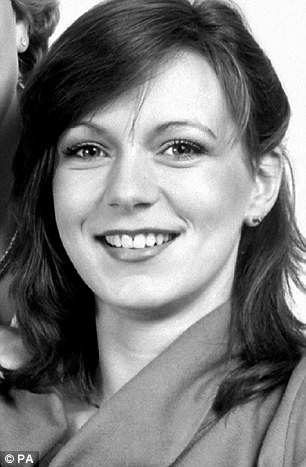 Suzy Lamplugh (pictured) was declared dead, presumed murdered, after going missing in 1986. John Cannan was named by police as their prime suspect in 2002. The garden of his mother’s former home was searched last November

‘By 2002 the investigation was entirely focused on finding evidence to prove that John Cannan was Mr Kipper. But the more I looked into it, the more I became convinced that something vital had been missed.

‘There is compelling evidence that has convinced me the infamous appointment at Shorrolds Road at 12.45pm on July 28 1986 never took place.

‘It is my firm view that Suzy put the Mr Kipper entry in her diary because she had to nip out to meet somebody else and she wasn’t supposed to leave the office unattended.

‘I believe the answer to this mystery lies in another appointment that Suzy did keep, but that has never been explored.’ 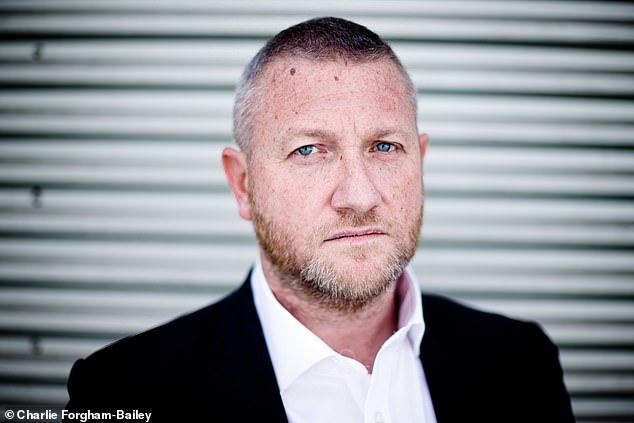 Miss Lamplugh was officially declared dead in 1994. Her bereft parents Paul and Diana died never knowing what happened to her.

One of the main reasons police were convinced Miss Lamplugh had met with Mr Kipper was that a witness living in Shorrolds Road claimed to have seen a man and woman standing outside around the time of the appointment.

Harry Riglin, who has since died, gave detectives a detailed description of the man that led to a photofit being produced and circulated.

Mr Videcette says he has tracked down Mr Riglin’s nephew who said his uncle had never really been clear that the woman was Miss Lamplugh.

Another key piece of evidence he claims was overlooked at the time includes the existence of the keys to the Shorrolds Road property.

Mr Videcette claims the estate agency had one set of keys to the property and these were recovered from the office by the police.

He added to the Telegraph: ‘I imagine police at the time just assumed there was a second set of keys that Suzy had with her, which were never found.

‘But I tracked down several employees and the original owner of the agency, all of whom said if there had been a second set of keys they would have been on the same key ring.

‘Suzy didn’t have the keys with her as she never intended on conducting the viewing at Shorrolds Road.’

Mr Videcette is due to meet Scotland Yard detectives today to present his evidence and is confident the killer could soon be caught.

In a statement on his website, he said: ‘I can confirm that I am assisting the Metropolitan Police’s Murder Review Group with information relating to the 1986 disappearance of estate agent Suzy Lamplugh.

‘I have spoken to the Lamplugh family to make them aware of these developments.

‘Over the past three years, I have been investigating the case in a self-funded capacity.

‘I first made contact with the Metropolitan Police in the summer of 2018 to advise I was working on the case.

‘My findings have led me to uncover an entirely different narrative to the one presented by the police, which I am now providing to the Met along with the evidence to support it.

‘The information I have uncovered does not relate to John Cannan. I was not the source for the Met police’s dig in Sutton Coldfield back in November 2018.

‘I do not believe John Cannan is involved in either Suzy’s disappearance or what I suspect was her subsequent murder. I cannot comment further at this time.’

On his website, Mr Videcette says he has worked on ‘a wealth of famous cases.’ and ‘chased down numerous dangerous criminals, searched hundreds of properties, placed bugs on scores of vehicles, and interviewed thousands of witnesses.’

It adds: ‘With twenty years’ policing experience, including counter-terror operations and organised crime, David was a lead detective on the 7/7 London bombings investigation.

‘He has been awarded several police commendations, including one for outstanding detective work and perseverance which led to his discovery of a 7/7 bomb factory during Operation Theseus.’

Suzy Lamplugh: Timeline of one of the UK’s most notorious cold cases 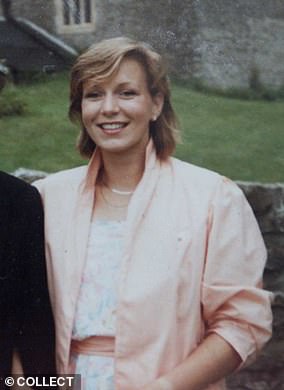 March 1981: Cannan robs a knitwear shop at knifepoint and ties up a woman inside and rapes her.

July 25 1986: He is given day release from Wormwood Scrubs after serving five years for the rape.

July 28, 1986: Suzy Lamplugh, 25, disappears after leaving her office to show a man known only as ‘Mr Kipper’ around a house in Fulham, west London.

October 7 1986: Cannan rapes a woman at knifepoint in Reading. Later that day he tries to abduct a woman in Bristol with a gun.

October 8, 1987: Murder victim Shirley Banks failed to meet her husband Richard for a drink as planned and her car is missing. Six months later Shirley’s naked body was discovered decomposed in the Quantock Hills in an area known as Dead Woman’s Ditch.

October 29, 1987: Cannan caught trying to hold up a shop in Leamington Spa and arrested.

November 9 1987: Cannan is arrested on suspicion of stealing Shirley’s car and her disappearance is linked to Suzy’s. His laywer says his client had never met Suzy.

April 1989: Cannan guilty of Shirley’s murder, raping the woman in Reading and for the attempted kidnap in Bristol. He is given a whole life term later reduced to 35 years.

August 1991: He writes a letter from prison to his local paper denying any part in Suzy’s disappearance.

1999: Police start a cold case review and hand it to the murder squad

November 2002: CPS say he can’t be prosecuted because of lack of evidence and ‘trial by media’

October 2018: Police return to his mother Sheila’s home and examine the concrete pit Cannan used to tinker with his cars.

November 2018: Police call off search of garden after finding no evidence.