Jacqueline Jossa has revealed a hidden heartache after losing two of her baby brothers to cot death.

The 25-year-old ex-EastEnders star was expressing her support for sister Katrina Farrelly, who is running the London Marathon next month in her brothers’ memory.

Jacqueline took to Twitter to post a link to her sisters fundraising page, where she explained her family’s grief after two of her brothers passed away at a young age from Sudden Infant Death Syndrome (SIDS).

On her fundraising page, Jacqueline’s sister Katrina explained her reasons for running the marathon, encouraging fans to donate to The Lullaby Trust – a charity that raises awareness of SIDS.

She wrote: ‘I personally lost two baby brothers, one due to cot death and the other was put down to cot death although he died in hospital due to an illness caused by lack of oxygen at birth.

‘I was a young child at the time of these deaths. The devastation on my family has been clear to see and I can’t think of any challenge bigger or more fitting to show my love for the charity and my support to my family in moving forward. 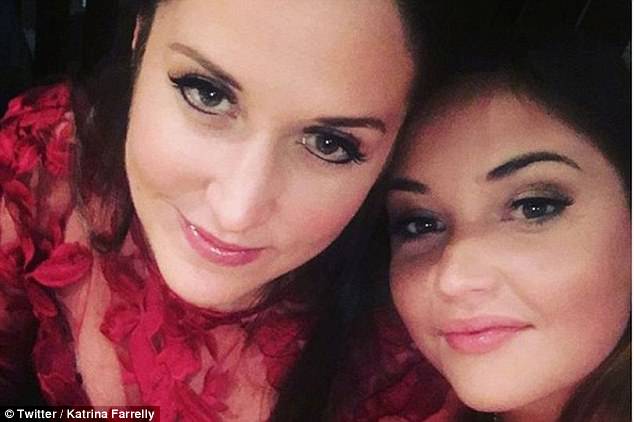 Supportive: Jacqueline was expressing her support for sister Katrina Farrelly, (left), who is running the London Marathon next month to raise money for The Lullaby Trust

Katrina added: ‘This is a powerful motivation for me and I plan on smashing my target, so any help you could give to the cause would be greatly appreciated.’

The page was set up to raise £2,000 for the charity, and has since reached its goal after being inundated with support.

Jacqueline – who is currently pregnant with her second child – shared a link to the fundraising page tweeted by Katrina, where she wrote: ‘Please read my family’s story and share and donate if you can. The count down is on and I completed 20 miles today!!’

Sudden Infant Death Syndrome, or SIDS, is the unexpected or unexplained death of an healthy baby. 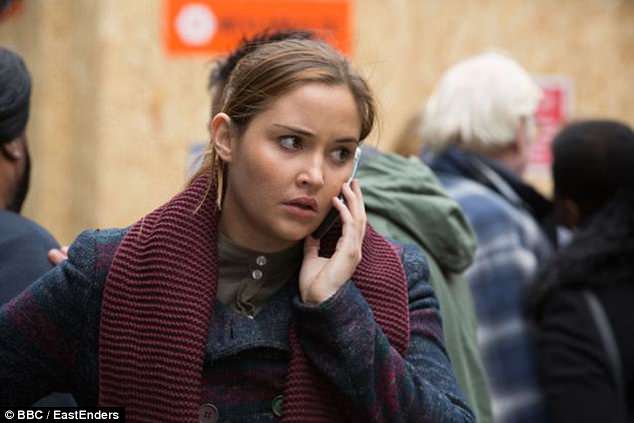 Screen star: Fans will best know Jacqueline for her role as Lauren Branning on EastEnders, after departing the role earlier this year

The cause was inundated with support, with some replying to Katrina’s tweet saying that they had donated to her fundraising page.

One wrote: ‘Just donated! Going to an amazing cause good luck! Xx’ while another added: ‘I just donated.. it’s not much but good luck!! Xx’

Jacqueline has been preparing to welcome her second child with husband Dan Osbourne, and recently left her role as Lauren Branning on EastEnders after nine years in the role.

For advice or support regarding SIDS, you can call The Lullaby Trust Bereavement Helpline on 0808 802 6868. Candid: Jacqueline took to Twitter to repost a link to her sister’s fundraising page, which has already surpassed its £2,000 goal

What is sudden infant death syndrome?

In the UK, just under 300 babies die suddenly and unexpectedly every year. This statistic may sound alarming, but SIDS is rare and the risk of your baby dying from it is low.

Most deaths happen during the first six months of a baby’s life. Infants born prematurely or with a low birthweight are at greater risk. SIDS also tends to be slightly more common in baby boys.

SIDS usually occurs when a baby is asleep, although it can occasionally happen while they’re awake.

The exact cause of SIDS is unknown, but it’s thought to be down to a combination of factors.

Babies who die of SIDS are thought to have problems in the way they respond to these stresses and how they regulate their heart rate, breathing and temperature.