Tommy Robinson has claimed authorities ‘want in him prison for Christmas’ after a hearing to decide whether he’ll be sent back to prison for endangering criminal trials was adjourned.

A large crowd of supporters gathered outside the central London court ahead of the far-Right activist’s latest court appearance over alleged contempt of court.

The case was adjourned to a later date while the judge decides whether a full hearing is needed.

Robinson was bailed ahead of the next hearing and is expected to return to the Old Bailey on October 22 or 23.

Tommy Robinson, real name Stephen Yaxley-Lennon, arrives at the Old Bailey today to hear whether he’ll be sent back to prison for breaching contempt of court laws 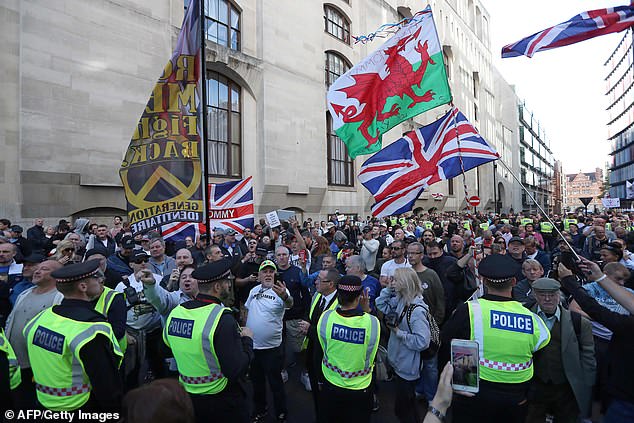 Speaking after the case, he said: ‘I believe they want me in prison for Christmas… I want closure. I believe they are purposely not giving me closure.’

The far-Right activist was originally jailed for filming people involved in a criminal trial in Leeds and broadcasting the footage on social media.

His actions were illegal as they breached strict rules in Britain on what can be reported about ongoing trials on which a jury will have to decide.

Robinson was then released from prison last month after three appeal judges quashed a finding made at Leeds Crown Court in May, and granted him conditional bail from a 13-month jail sentence.

The appeal court heard the hearing in which he was jailed was ‘muddled’ and ‘rushed’ and held five hours after his arrest.

Robinson, 35, appeared under his real name, Stephen Yaxley-Lennon, to face a fresh hearing over the allegation today.  He has already served the equivalent of a four-month sentence.

Earlier today, he posted a video online in which he branded the case a ‘crock of s***’.

Earlier today, Robinson posted a video online in which he claimed the case was ‘a crock of s***’ 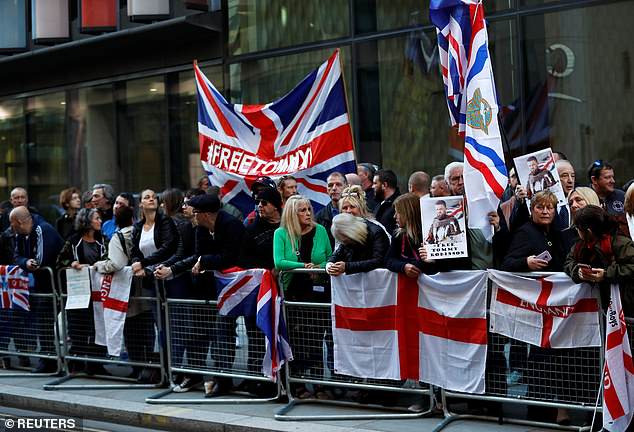 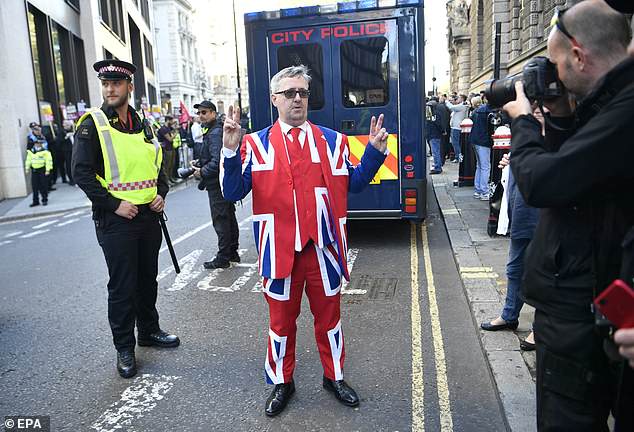 Robinson is alleged to have committed contempt of court by filming people in a criminal trial and broadcasting footage on social media.

Robinson left HMP Onley in Rugby on August 1 but could face being sent back to jail if the judge finds him in contempt – the maximum sentence is two years imprisonment.

He was jailed in May after filming people involved in a criminal trial and broadcasting the footage on social media, and has already served the equivalent of a four-month sentence. 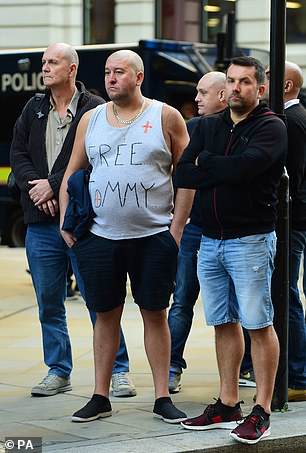 Robinson was already on a suspended sentence when was he was jailed for 10 months’ imprisonment for contempt of court, which he admitted, and a further three months for breaching the previous suspended sentence.

In May last year he faced contempt proceedings over footage he filmed during the trial of four men who were later convicted of gang-raping a teenage girl.

A judge at Canterbury Crown Court gave him the three-month suspended sentence for that offence and told him his punishment was not about ‘freedom of speech or freedom of the press’ but about ‘justice and ensuring that a trial can be carried out justly and fairly’.

They found the judge at Leeds should not have commenced contempt proceedings that day. 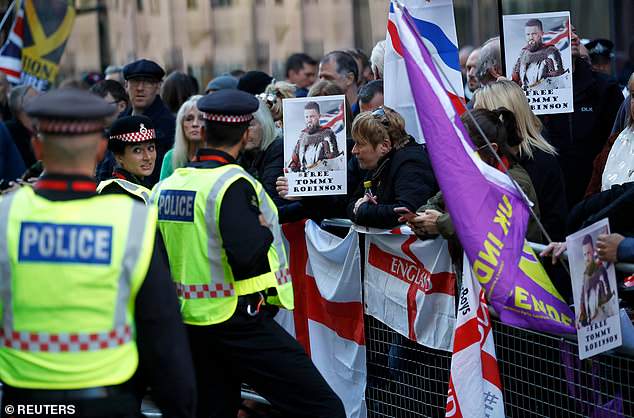 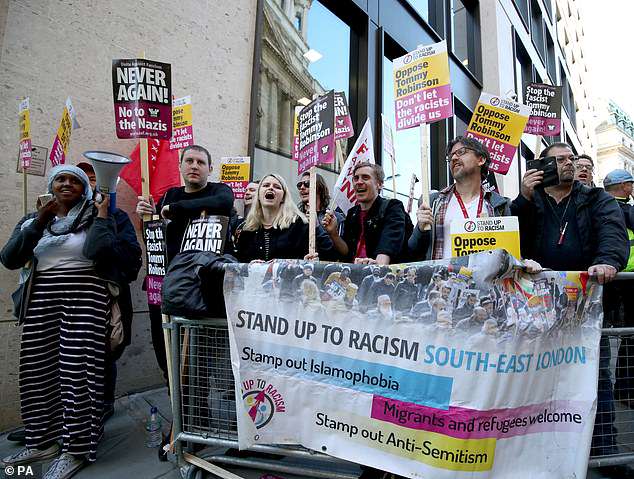 A counter-demonstration was also held outside the court, branding Robinson a ‘racist’

He added: ‘Where a custodial term of considerable length is being imposed, it should not usually occur so quickly after the conduct which is complained of; a sentence of committal to immediate custody had been pronounced within five hours of the conduct taking place.’

The judges dismissed Robinson’s appeal in respect of the contempt finding at Canterbury Crown Court.

A senior member of Ukip has suggested Tommy Robinson could join the political party in the future.

Neil Hamilton, head of Ukip Wales, told the BBC that the party usually rejected applications from former BNP or EDL members but could make exceptions.

He praised Robinson as an ‘effective propagandist’ and ‘highly intelligent’.

He added: ‘If someone wants to put forward Tommy Robinson as a potential member of Ukip then his case will be looked at on its merits’.

Current Ukip leader Gerard Batten has said he would approve of party membership for Robinson.

But former leader Nigel Farage appeared to criticise the move, saying the party was ‘in danger now, unless it changes direction very, very quickly, of total and utter marginalisation’.