Former Deputy Prime Minister Julie Bishop has come out swinging in an explosive television interview saying Australian politics is the laughing stock of the world.

A sneak peek of the 60 Minutes interview with the former foreign minister, which will go to air on Sunday night, sees Ms Bishop unleash a tirade against former colleagues.

In the first major interview since the leadership spill, the former frontbencher says she still gets calls asking why she is no longer the foreign minister and what happened to the prime minister.

‘There have been some rather unkind comments about Australia being the Italy of the South Pacific and the coup capital of the world,’ she told the program.

She also called for more substance and less theatre in parliament during the interview.

Ms Bishop threw her name in the ring to be part in a three-way battle for the leadership role after Malcolm Turnbull stepped down last month.

She was eliminated on the first ballot with 11 votes out of 85.

The battle came down between Scott Morrison and Peter Dutton with Morrison having the numbers to become Australia’s 30th prime minister.

Josh Frydenberg then had the numbers to become Australia’s new deputy leader.

‘We seem to have lowered the bar for the reasons that one can remove a Prime Minister from office.’ 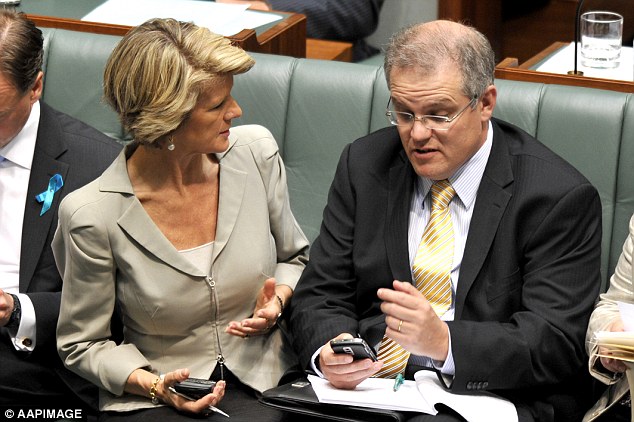 ‘We seem to have lowered the bar for the reasons that one can remove a Prime Minister from office,’ Julie Bishop, pictured with new prime minister Scott Morrison said 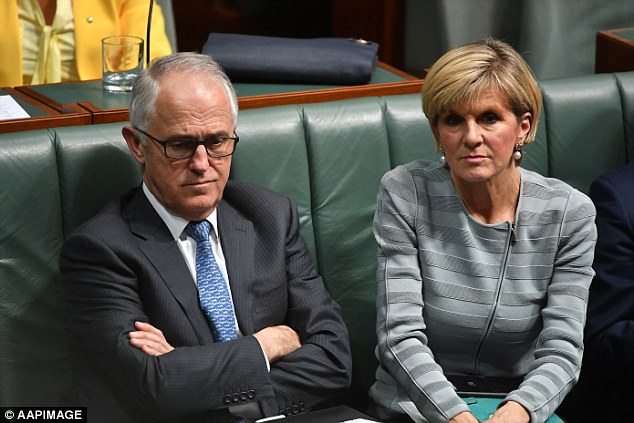 ‘Yes, I’ve had many calls asking why I’m no longer the foreign minister and what happened to the prime minister,’ she revealed

When asked if the consequences have been great, she replied: ‘Yes, they have.’

When asked what she thought of the ‘suits’ in the Liberal Party, Ms Bishop replied: ‘Well, you can go through it person by person.’

It comes after she took aim at the behaviour of parliamentary colleagues earlier this month, saying she has witnessed ‘appalling’ behaviour she never would have accepted while running a major law firm 20 years ago.

The 60 Minutes interview with Ms Bishop airs this Sunday at 8.30pm on Channel 9. 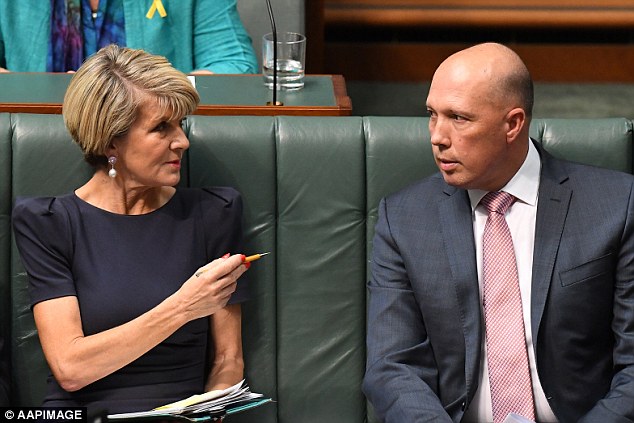