General Sir Mike Jackson, 75, was giving evidence at an inquest into the deaths of ten people in Ballymurphy in 1971

The former head of the British Army has insisted that there was a gun battle between the IRA and soldiers at Ballymurphy in 1971, and denied claims of a cover-up.

General Sir Mike Jackson, 75, was a captain in the Parachute Regiment on deployment in Belfast at the time of the shooting, which left ten people dead.

The civilians, including a mother-of-eight and a Catholic priest, were killed across three days from August 9 to 11 of that year.

When asked if there was a cover-up at an inquest today, Sir Mike blasted the accusations as ‘preposterous’.

Sir Mike described his role in August 1971 as community relations and press liaison.

Michael Mansfield QC, counsel for the family of victim Joseph Corr, asked Sir Mike why soldiers involved in the shootings were not interviewed by the Royal Military Police at the time.

He put it to Sir Mike that there had been an attempt to ‘cover up’ the shooting of Mr Corr and John Laverty on August 11.

Sir Mike responded: ‘It is a preposterous accusation to make which would require a huge number of people to be part of. It simply does not add up.

‘It may be there was a breakdown in procedure, it may be that the whole system was overwhelmed by the mayhem of that week, I don’t know.

‘But I do know we (British Army) don’t do conspiracies.’

Sir Mike was giving evidence to an inquest at Belfast Coroner’s Court into the deaths of 10 civilians, including a mother of eight and a Catholic priest, across three days from August 9 to 11 1971. 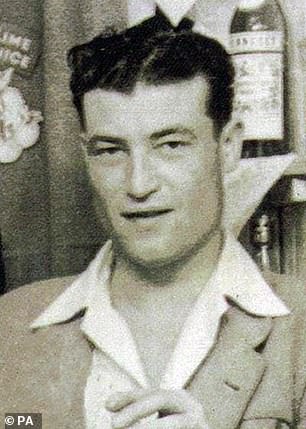 Mr Laverty and Mr Corr – were killed in the early hours of August 11.

Sir Mike said he was part of an Army movement down Whiterock Road towards Springfield Road in the early hours of August 11, aimed at dismantling barricades.

He recalled a gun battle between the Army and the IRA which he said lasted two to three hours and involved 20 gunmen.

While he did not see the battle, he said he heard the shots, including the ‘distinctive thumping noise of a Thompson submachine gun’, a weapon then associated with the IRA.

Claims that IRA gunmen were in the area at the time have been disputed during the inquest hearings.

Their families have insisted they were not gunmen. 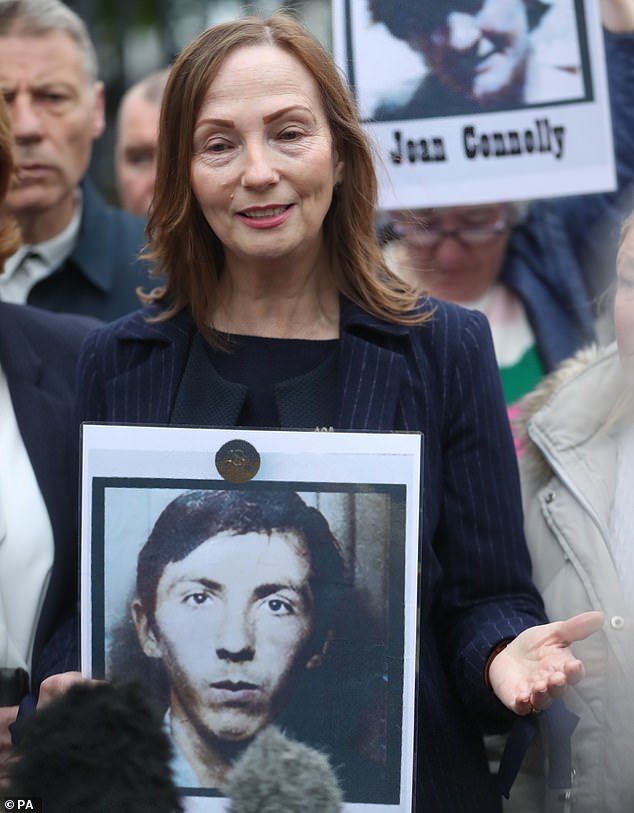 The inquest heard that guns were not found when their bodies were recovered.

Sir Mike accepted it was likely he was a captain quoted by the newspaper, although he did not recall giving the interview.

Pressed on why the pair had been described as gunmen, Sir Mike said he would have been fed information from soldiers on the ground, by radio or face to face.

‘In retrospect, of course I should have said ”alleged”,’ Sir Mike told the inquest.

The shootings at Ballymurphy came following the introduction by the Stormont administration of the controversial policy of internment without trial. 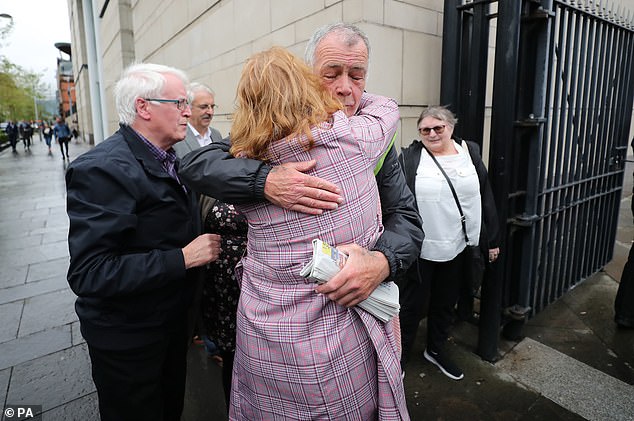 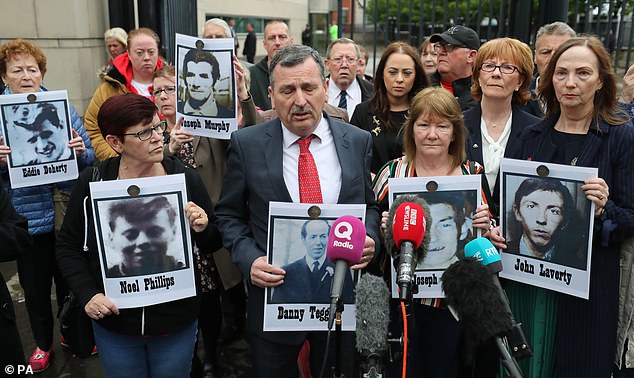 John Teggart (centre), whose father Danny was shot dead in Ballymurphy in 1971, speaks to media outside Belfast Coroners’ Court alongside other bereaved relatives

Sir Mike added: ‘Let me say to the families who so long ago lost their loved ones: for me it’s a tragedy. It’s a tragedy which is hugely regrettable but I would also say that anybody who loses their lives as a result of violent conflict is also a tragedy.

‘I too have lost friends, so be it. My sympathies to you and I’m sorry that it is only now after so long that you feel you can come to terms.’

Representatives from families of several of those killed by the Parachute Regiment were in the public gallery at the inquest on Thursday.