The son of the former Louisiana Supreme Court Chief Justice allegedly paid a 12-year-old girl for sex, made her work for him as a prostitute and shared explicit images of her to promote her to men.

Pascal Calogero III, 59, was arrested and charged with one count of conspiracy to commit sex trafficking of a minor, US Attorney Peter G. Strasser announced Wednesday.

The girl is now 14 and the allegations date back as far as between May 9 and June 5 in 2017 according to a press release from the Department of Justice.

Pascal Calogero III, 59, was arrested on suspicion of paying for sex with the 14-year-old girl and using the teenager to work for him as a prostitute 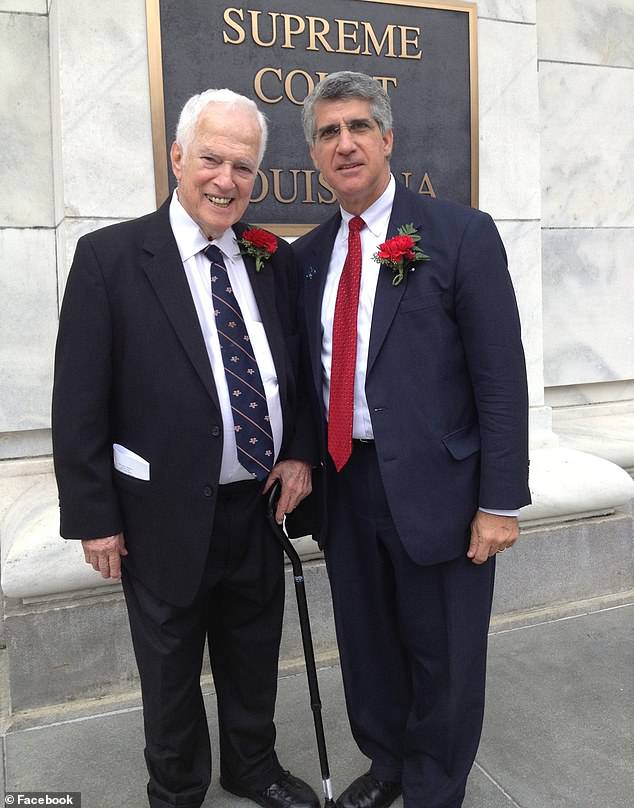 He is the son of the former Louisiana Supreme Court Chief Justice Pascal F. Calogero Jr. (pictured left with his lawyer son Michael on the right)

It states that in a bill of information, he is believed to have worked with someone only referred to as ‘J.B.’ to advertise the child’s services via online classifieds.

The suspect is one of Pascal F. Calogero Jr.’s eight children and one of his three sons, Michael Calogero, has his own law firm. 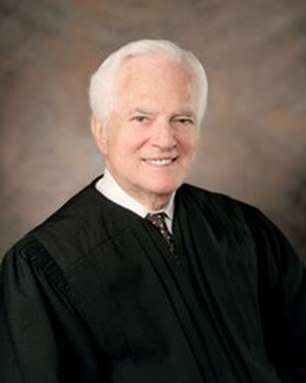 Pascal F. Calogero Jr worked for the Supreme Court for 36 years and spent the 18 years between 1990 and 2008 as Chief Justice

His co-conspirator received telephone calls and text messages for inquiries and arranging times and locations with the victim and those who wanted to pay for sex with the minor.

The indictment states Calogero III would pay $120 at a time to have sex with her and although the girl earned $1,000 per day, she didn’t get to keep the majority.

‘He required her to turn over all, or most, of the money she earned from prostitution to him,’ the release states.

Calogero III allegedly sent explicit images of the victim in emails and text messages between the dates of May 16 and 22 and would at times drive the victim to meet the men at a hotel.

The US Attorney’s Office of the Eastern District of Louisiana added that many times the crimes took place within his own home in Metairie, Louisiana. 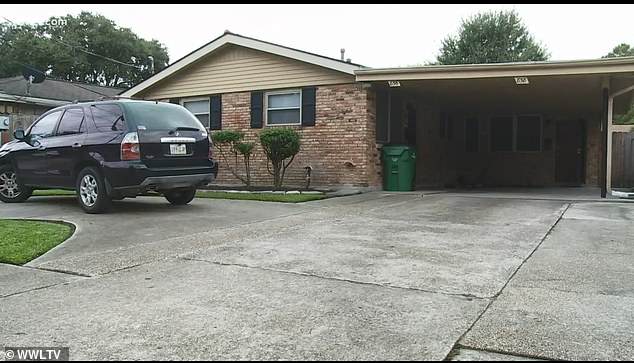 The bill of information says some of the scheduled dates between the child and men took place at the suspect’s home in Metairie, Louisiana

A press release said: ‘On numerous occasions, he also attempted to facilitate the prostitution of the victim to multiple adult men by, among other things, transmitting sexually explicit pictures of her to them negotiating prices and arranging the times and locations of the prostitution dates, and providing his residence as the location of a prostitution date he arranged for the victim with an adult male.’ 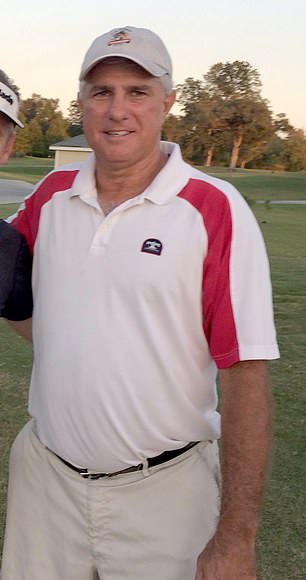 Calogero was employed as a lead programmer analyst for the Information Technology department of the city of New Orleans, the New Orleans Advocate found in public records for August. He started the job in 1993 earned $77,000 annually, reports 4WWL.

Recent records from the state also show he was ‘associated with a business offering tips to gamblers and betting on thoroughbred horses,’ reports KLFY.

Assistant United States Attorney Jordan Ginsberg is in charge of the prosecution and if the defendant is found guilty his maximum prison term for the crime is life. Once he’s released he could be under supervision for anywhere between five years to the rest of his life.

US Attorney Strasser praised the Federal Bureau of Investigation and the FBI New Orleans Violent Crimes Against Children Task Force for their work.

The latter includes members of the Jefferson Parish Sheriff’s Office, Kenner Police Department, and Louisiana State Police, with the assistance of the City of New Orleans Office of Inspector General.

It came as part of the Project Safe Childhood initiative which was launched by the DOJ in May 2006.

Nola.com reports that the accused’s father, Calogero Jr. declined to comment on Wednesday but stated that he was not aware of any developments in the case.

He served in the Supreme Court for 36 years and spent the 18 years between 1990 and 2008 as Chief Justice. Elected four times, he was the longest serving Justice in the state’s history.

His arraignment is scheduled for October 10.