Former Manchester United defender David May has given a candid and astonishing insight into the struggles he faced after leaving the famous club.

May, who made 85 appearances for United before struggling with injuries, saw his mental health take a crashing blow after he was released by the Old Trafford club.

The hardship became so much for May that he admits drinking expensive bottle of bubbly on a park bench with a homeless person in the early hours of a morning, before embarking on an alcohol-fuelled bender alone at his apartment which lasted 12 days.

The darkness began to creep in when May suffered a ruptured Achilles tendon following United’s success-laden 1999 season, and was sent to Huddersfield on loan.

He debuted for the Terriers, hoping to regain his form and work back into the United fold, only to then tear a hamstring on his debut.

After heading back to United and struggling further with injury, May was released by the club following the end of the 2002/03 Premier League campaign. It was at this point, he revealed to the club’s official Utd Podcast, that things became bleak. 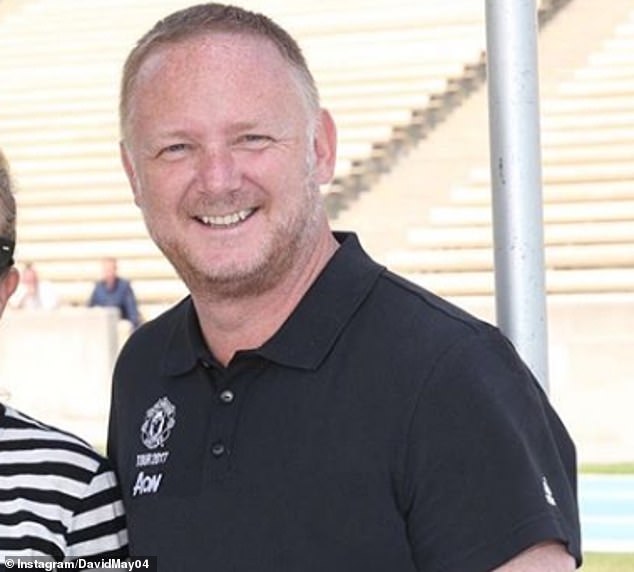 May, now 49, says he was rocked after being released by United and spiraled into depression

May began: ‘I remember driving out of Carrington thinking that’s it. What do I do now? I couldn’t take it. I just thought that’s me done.’

When asked if the tears started to flow, May was forthcoming with his answer.

‘I did (cry). I filled up thinking what do I do? My career is over, finished.

‘I just went on a 12-day bender on my own in my apartment. We were celebrating (the league title win) but needed to go to bed so I got a bottle of Krug champagne and left (the party).

‘This tramp was on a bench in the gardens so I walked over and started chatting. It must have been around one o’clock in the morning.

‘Me and this tramp ended up drinking the bottle. I gave him the rest of the bottle and that was the start of my 12-day bender.’

May, who was once called up for England but did not go on to win an international cap, admitted he then realised things were spiraling out of control. 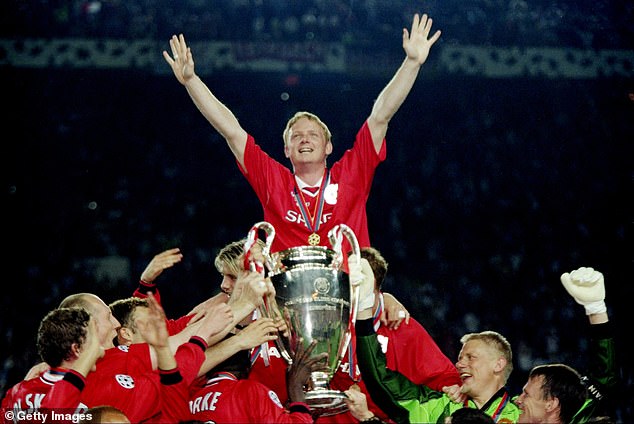 ‘That was probably the depression that I needed to get out of myself and I did that by drinking.

‘I went home, went on holiday, got a call from Burnley and went there for 12 months and then retired. So there you go.’

May won two Premier League titles and two FA Cups with United during his time at Old Trafford, and was an unused substitute during the historic 1999 Champions League final victory over Bayern Munich in Barcelona.