Ex-Miami Dolphins star found with gun in his car

A former Miami Dolphins player who was placed in a mental health facility after posting a sinister photo on social media had a gun in his vehicle when he was detained by police.

Jonathan Martin, 28, posted a picture on his private Instagram feed on Thursday of a shotgun and cartridges on a bed, with the caption: ‘When you’re a bully victim & a coward, your options are suicide, or revenge.’

In the chilling post, he hashtagged his former school, Harvard-Westlake in California and the Miami Dolphins, as well as tagging some of his former teammates. 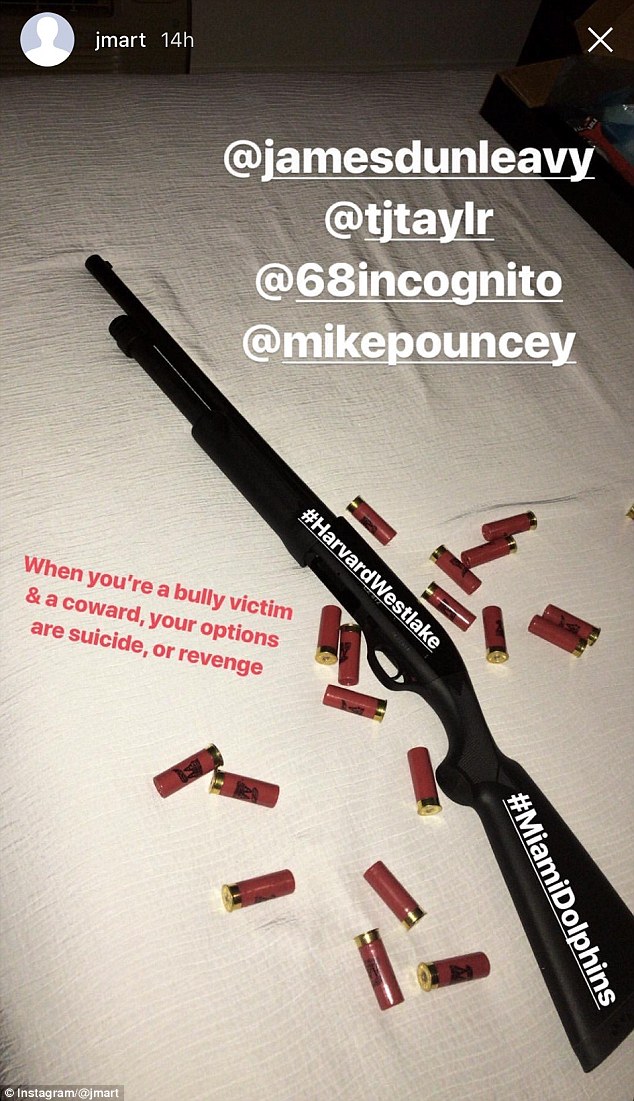 Martin, 28, posted this picture on his private Instagram feed late on Thursday night of a shotgun and cartridges on a bed, with the caption: ‘When you’re a bully victim & a coward, your options are suicide, or revenge’

Police believe that Martin recently purchased two weapons, one of which matched the social media image he posted on before the weekend.

The gun was discovered after Martin was detained in a traffic stop in Los Angeles, according to TMZ.

The posting also led to Harvard-Westlake School, an elite private school costing $38,000 a year and popular with celebrities, to close both its campuses after one of its students highlighted the message as a possible ‘security threat’ on social media, police said.

Los Angeles Police Department Officer Tony Kuey said the man in custody made no direct threat against the school and the investigation is ongoing.

Martin has since been moved to a mental health facility after the threatening post, according to ESPN.

A spokesperson for LAPD told DailyMail.com: ‘There was a post on social media and for precautionary measures they added extra patrols to the school.’ 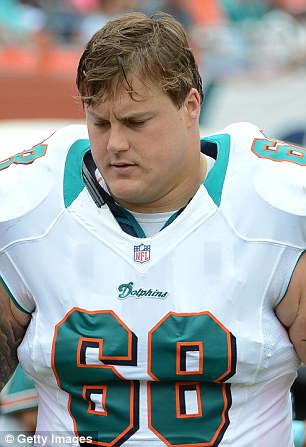 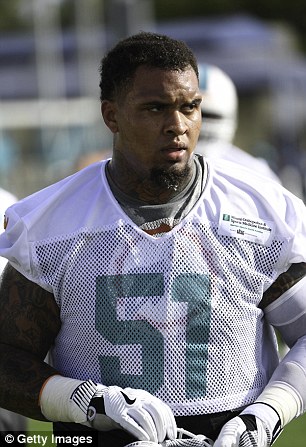 Martin’s chilling Instagram post tags the names of former Dolphins players Richie Incognito (left)  and current Dolphins player Mike Pouncey (right) above the shotgun. Incognito, who now plays for the Buffalo Bills, was investigated by the NFL Players Association over allegations he was the ringleader of the tormenting 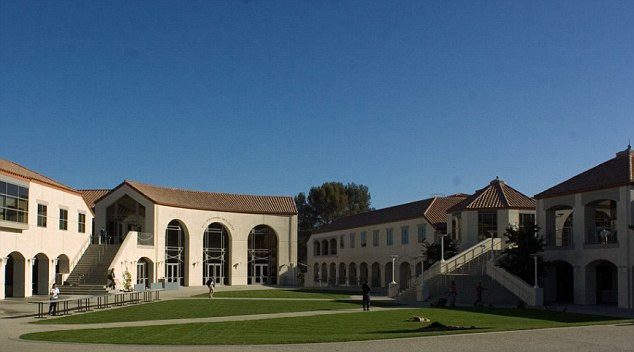 Harvard-Westlake School, which is popular with celebrities, was forced to close its Studio City campus after one of its students highlighted the post as a possible ‘security threat’

The spokesperson was unable to confirm Martin’s involvement and said they had no information about there suspect or a possible arrest.

But sources said the social media post came from the private Instagram account of former NFL player Martin, who is known to suffer from a depressive disorder.

A source who had access to the picture said: ‘This seems like a joke gone horribly horrible wrong.’

Stanford University graduate Martin was played for the Miami Dolphins but left in 2013 amid allegations he was a victim of racist bullying.

Martin’s teammate, Richie Incognito, was investigated by the NFL Players Association over allegations he was the ringleader of a group of Dolphins players who bullied Martin for months.

Incognito left voicemails on Martin’s phone calling him a ‘half-n****r piece of s**t’, threatening to slap his mother and even making death threats against Martin.

The current Buffalo Bills player also joked about ‘running a train’ on Martin’s sister, and made other crude remarks about her.

Martin, who played offensive tackle for the Dolphins, reportedly checked into a hospital for emotional distress over the incident, and returned to his parents home in California.

He ultimately quit the team and debated giving up on his career, feeling such psychological duress that he said he twice considered committing suicide.

In November that year, Incognito was suspended for ‘conduct detrimental to the team.’

Martin’s chilling Instagram post tags the names of Incognito and another Dolphins player Mike Pouncey above the shotgun.

Also tagged in the Instagram post was sports agent James Dunleavy, VP Basketball at Independent Sports & Entertainment and TJ Taylor, a top executive at an exclusive dating app – both appear to be former students at Harvard-Westlake.

It’s not clear whether Martin also suffered from bullying at Harvard-Westlake. 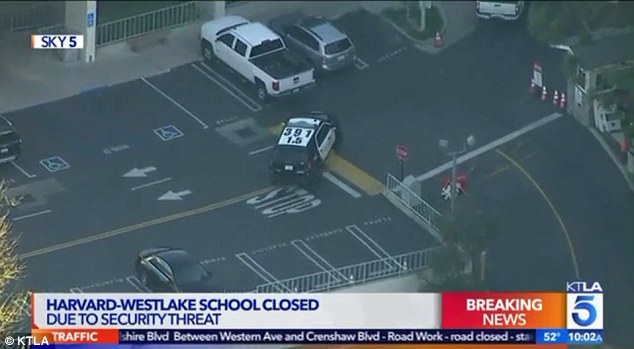