Retired NBA forward Matt Barnes has backed off criticism of the Boston Celtics for suspending head coach Ime Udoka over an alleged affair with an unidentified female staffer, saying the truth behind the scandal is much worse than the public knows.

Barnes, 42, originally slammed the suspension on Thursday, only to reverse course on Friday when he learned the ‘all the facts,’ which he says are ‘100 times uglier than any of us thought.’

Udoka was suspended late Thursday night for the upcoming 2022-23 season over ‘multiple’ violations of team rules, involving a single female team staff member. ESPN, The Athletic, and The Associated Press have since reported that Udoka was having in inappropriate, but consensual relationship with the woman.

However, The Athletic raised questions about the relationship Thursday night, reporting that Udoka was accused by the woman of making ‘unwanted comments’ to her, prompting the Celtics to launch internal interviews that ultimately led to his suspension.

On Friday, in a self-shot Instagram video, Barnes explained that he deleted his previous post criticizing the decision because he learned more information.

‘Without knowing all the facts, I spoke on Ime Udoka’s defense, and after finding out the facts after I spoke, I erased what I posted because this situation in Boston is deep, it’s messy, it’s 100 times uglier than any of us thought,’ Barnes said to the camera while driving his car. 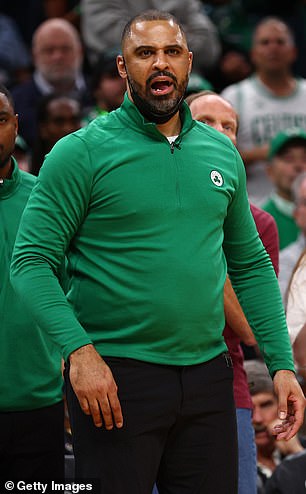 Barnes went on to say that he hopes that the blogs that picked up his first post on the subject see that he’s walking back his criticism of the Celtics.

‘I saw a lot of blogs picked up what I said, even though it was only on the page for like two minutes, so hopefully they pick this up too, for me being wrong and jumping out there without the facts,’ he said.

Barnes had a much different take Thursday, saying that affairs are commonplace in professional sports franchises.

‘I played in the league for a long time,’ Barnes said. ‘Anyone in the league could tell you this is a very common situation. This is not new news for people who’ve been in the league or around organizations. I’ve seen it from owners to executives, to coaches, to players, to trainers, to therapists, to dancers, to PR ladies. This is not uncommon.’

Udoka, the Celtics’ second-year head coach with a once-sterling reputation, was suspended for all of the upcoming season on Thursday over ‘multiple’ unspecified violations of team rules.

Reports say the 45-year-old had an improper, but consensual relationship with a female member of the team’s staff, yet that hardly explains why Udoka is being sidelined for 2022-23, and potentially longer. In the team statement naming assistant Joe Mazzulla as interim coach, Boston said Udoka’s future would be determined ‘at a later date.’

The situation is puzzling, not only because Boston is sidelining a coach that guided the team to the NBA Finals in his first season, but also because the Celtics have turned an ostensibly private and reportedly consensual relationship into a public matter – something that ESPN’s Stephen A. Smith has seized upon Friday.

‘My issue is you have his personal business publicized all over the airways,’ Smith said, while questioning why a suspension was necessary.

Celtics legend Paul Pierce, too, argued on Twitter that Udoka’s punishment ‘should just be a fine not a suspension.’

One report, from Bally Sports, claims the couple was ‘separated prior to the current issue,’ but the two appeared to be on good terms as recently as May, when the former Fresh Prince of Bel-Air tweeted video of herself dancing in celebration as his Celtics qualified for the Finals.

Then there was Udoka’s own statement Thursday, which made a cryptic reference to disappointing his loved ones: ‘I want to apologize to our players, fans, the entire Celtics organization, and my family for letting them down.’

The Celtics were set to open training camp on Tuesday as a logical favorite to reach the Finals once again, and potentially compete for an NBA-record 18th championship.

Instead, Boston is now faced with questions of leadership, while Udoka is fighting to save his once-promising career. 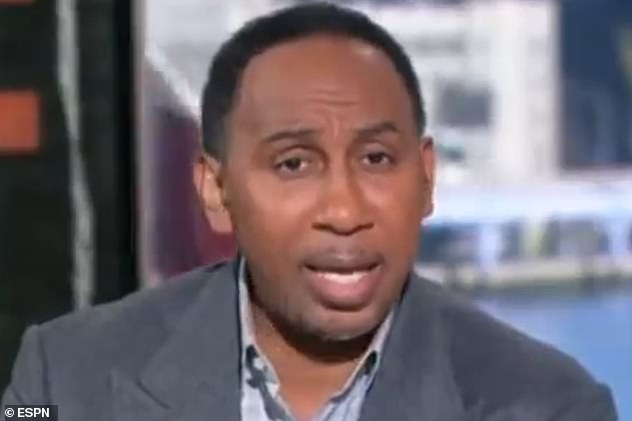 Stephen A. Smith was very upset with how the Celtics handled Ime Udoka’s reported affair